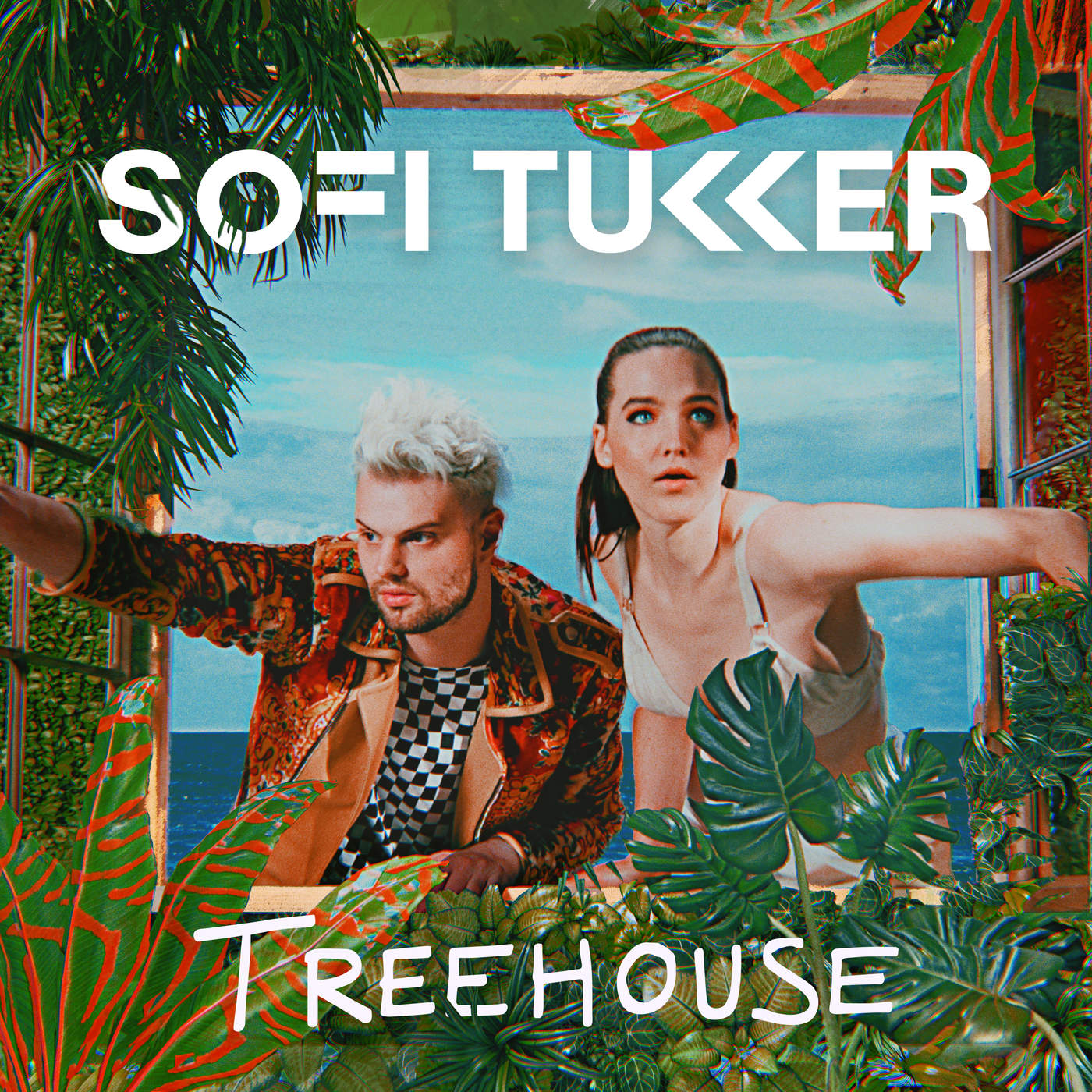 Treehouse from Sofi Tukker, the electro bomb we were awaiting5 min de lecture

Sofi Tukker is everywhere. After having many successful singles and sold-out tours, they released their first album, Treehouse. A delightful house and electro gem, for long-lasting and more recent fans.

A growing notoriety and a first album

The first time we told you about Sofi Tukker was in a discovery article about them. On the road to success, there isn’t anything stopping them: repeated partnerships, new video clips, singles after singles, tours and festivals, they’re doing it all. You might not know their name, but you should keep an eye open for them. Between Apple, Coachella and the Treehouse Tour, it was becoming difficult to go further with only an EP, Soft Animals, and a plethora of singles.

Treehouse, it’s the album. But Treehouse is also the accomplishment of many years of hard work. A tropical, electro, sensitive, but also joyful album. An album where Sophie‘s talents, songstress, guitarist, bassist and drummer, meet those of Tucker, DJ, producer, and he too, multi-talented musician. This album is also the one of a consensus. As they explained to us in an interview, they’re perpetually producing new songs, as both of them are extremely creatives. And their repertory is extensive. It was necessary to make a choice between all their songs, from the beginning, and novelties, while maintaining it all cohesive and harmonious. Finally, Treehouse is also a consensus, in the way that there are festive tracks along more sensitive ones. The group has been successful in finding the right balance, and I will explain why.

After getting recognition with hit songs such as Drinkee, Awoo and more recently Best Friend thanks to Apple, Sofi Tukker built around themselves a great reputation. Positive, joyful and communicative, the two friends’ melodies won’t leave anyone untouched. Sophie and Tucker explained it to us, it’s precisely this positivity that they want to carry on. They envisage their music as being a whole, by including live performances. In this way, Treehouse doesn’t disappoint, and delivers some true gems.

The album starts strongly, with the track Fuck They. A hymn to independence, of which the message is pretty clear. The rhythms are mid-tempo, Sophie‘s voice is light, and the production is polished. Being a cross between 1990s trance music and more current sounds, the track introduces us to the duo’s wild universe. The hits follow on but aren’t alike: Energia, sung in Portuguese and English, brings a wind of freshness to the ensemble. Way more up-tempo, the bass is heavy, the rhythms are vivid, and the party is just beginning.

With multiple dancing tracks, Sofi Tukker has something for every taste. New tracks are also being released on this album. Self-confidence is a recurring theme throughout the album. A perfect example of this are to be found on Good Time Girl, featuring Charlie Baker, The Dare or Baby I’m A Queen. Some material to set dance floors on fire, and give a confidence boost to those who would pay a little too much attention to the ones watching them. I liked the whole mood so far, and just let the album play.

Sophie and Tucker aren’t restricting themselves to sole festive and upbeat tracks. Benadryl proves it. We discover there a softer Sophie, in her voice, but also in her texts, mixing references to their previous tracks (Moon Tattoo) and romanticism. The track remains electro, but one won’t dance that frantically while listening to it. Again, English and Portuguese meet, producing a delicious mix.

I would like to make a short parenthesis, and talk about The Dare. It is a song that I have not been able to classify the first time I listened to it. But it will certainly make us dance sensually for a few minutes. It truly is a hidden gem. Its texts are surprisingly beautiful, centred around love, surrounded by a delicate trance music, inspired by the 1990s, and some guitars. Sung in Portuguese and English, it is a highlight of the album.

As previously mentioned, Sofi Tukker takes a stand, for our greatest pleasure. One could believe that the group only provides tubes that are good for dancing, denying them the right to express deeper thoughts and convictions. The duo knows how to combine ideals and hits. There has been a rise, in pop music, a kind of phenomenon, that incites women to take power and control their lives, which we obviously support. Baby I’m A Queen is the perfect illustration of this wave. A sort of culmination, almost a hymn. Powerful, free and freeing, the track announces what we’re waiting for: a life freed of its codes and demands.

Treehouse, our loved one

Finally, the consecration. Best Friend is this hymn to love, to friendship, a dancing track that has been promoted by Apple, that I want to play on repeat.This song is the declaration that you might want to do to your best friend after having played it a couple of times. Filled with heavy vibrations, positivity and love, the bassline and the winds are these friends that pull you on the dance floor when your favourite song is playing. You’re swaying, having fun, and you don’t even notice it’s the fourth time the album is playing.

In the end, this album has been playing again and again since its release. Because I adore the group, but also because their music is as positive as it is addictive. And because it might be what we sometimes need: I can only tell you that you won’t regret listening to it, or even buying it, if you like what they do.

Note: 5/5
If I could attribute a higher note to this album, I would probably do. Treehouse is a strong album, that has very few weaknesses, and that marks the beginning of, what I hope, will be a long series of albums for Sofi Tukker. To be listened without moderation in all kinds of circumstances. Kudos.