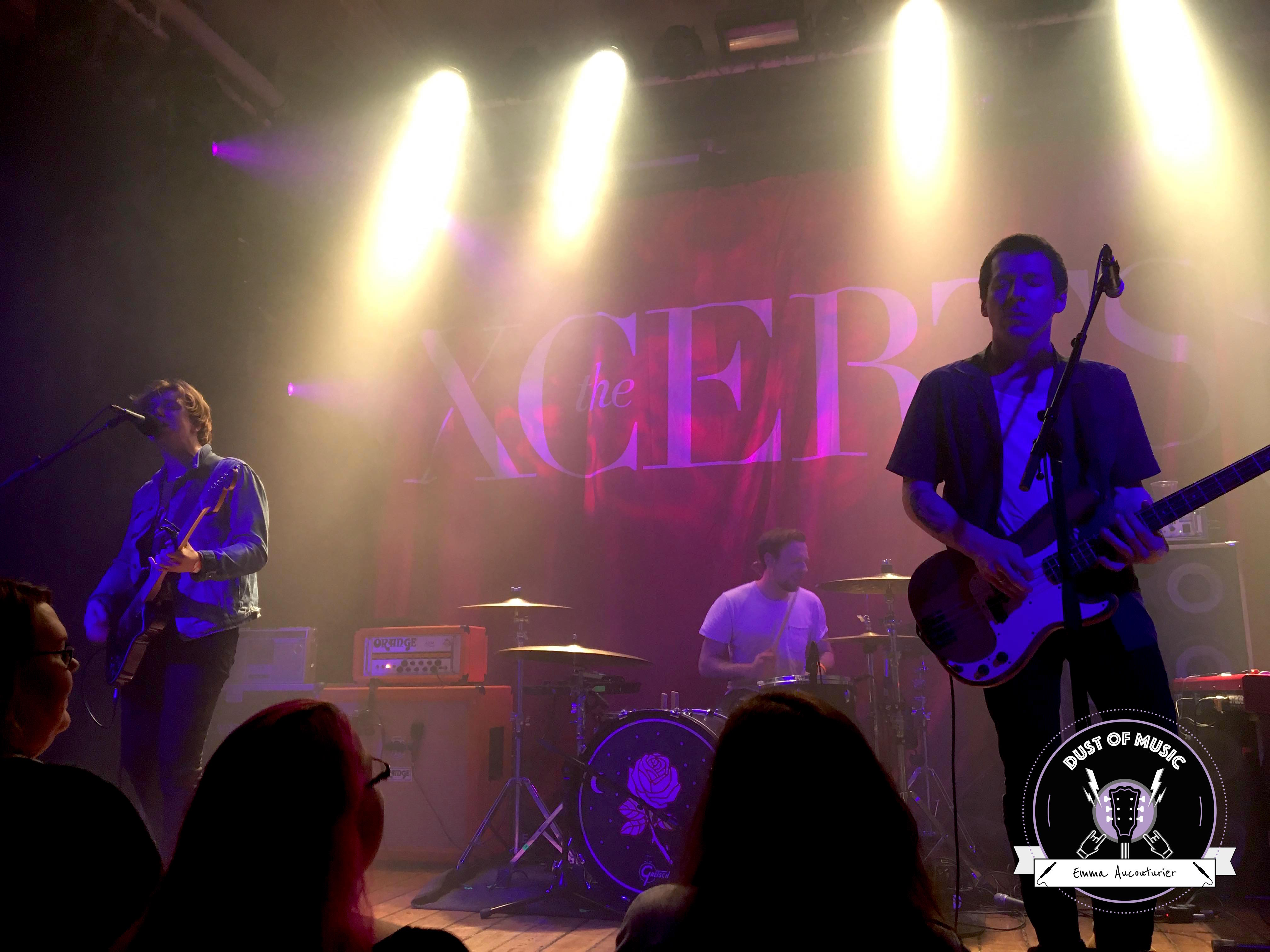 The XCERTS in Amsterdam : a passionate trio with a charming ease.6 min de lecture

Scottish band The XCERTS ended this Wednesday night their first European tour as headliner in Amsterdam in its famous concert venue, Paradiso. Let’s go back to this pleasant and energic last concert that seduced the audience who cam from all over Europe to cheer the trio.

Here I am again in the country that I adore, the Netherlands! As I decided to join leasure and music together, I bring you with me to the concert of a band that we follow for several months now on Dust of Music, The XCERTS. This Aberdeen native trio is composed by Murray Macleod (singing, guitar), Jordan Smith (bass, keyboards) and Tom Heron (drums). Created at school, the formation has well evolved through elaborate records that allows the members in gaining maturity and experience. In fact the band supported well-known bands such as Biffy Clyro and Nothing But Thieves and launchd its fourth record last January, Hold On To Your Heart. For several weeks now, the three Scottish boys have been taking over our European roads to promote their new record and meet their enthusiastic audience. But all good things come to an end and The XCERTS gave their last gig of this tour in Amsterdam. 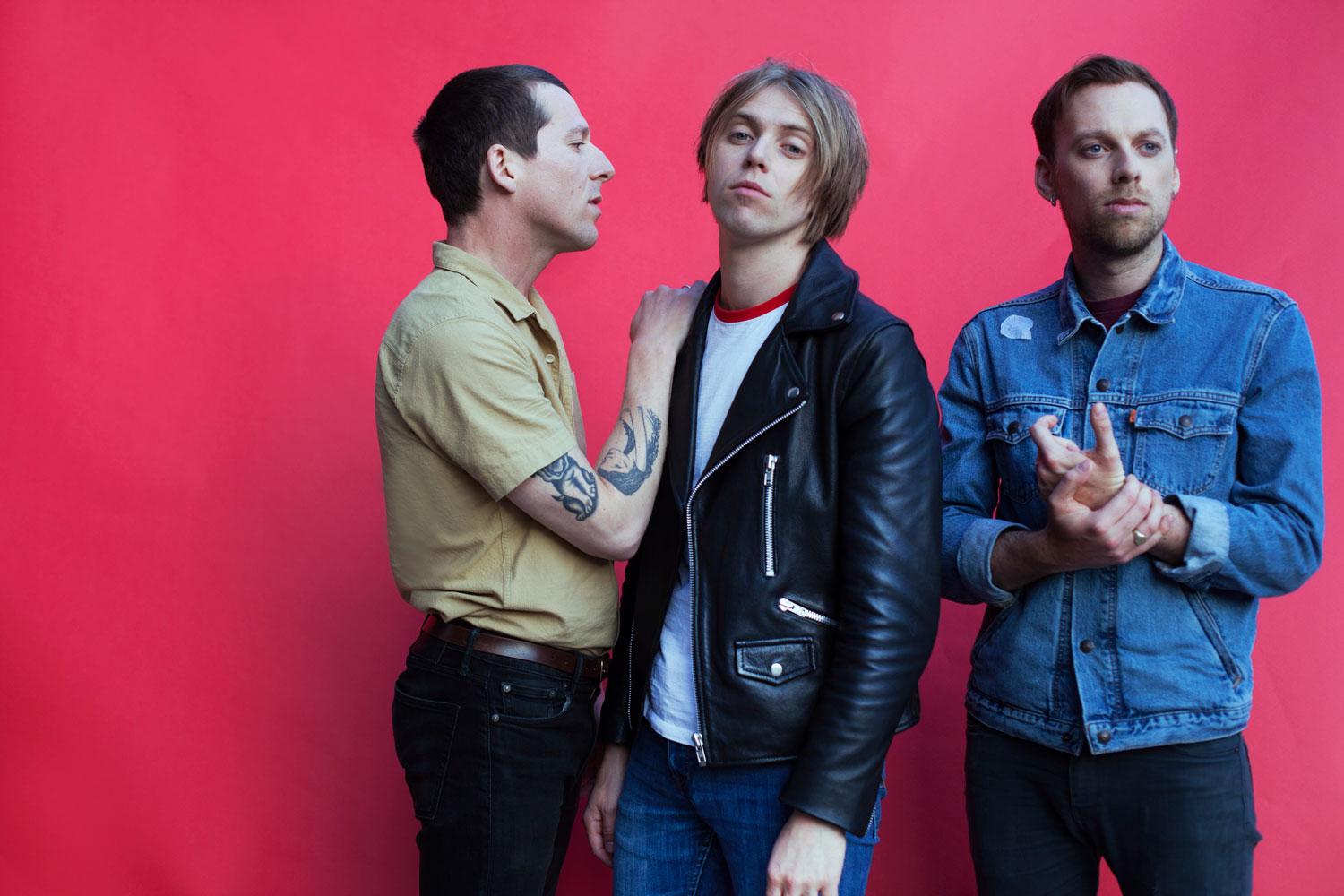 Paradiso is quite busy tonight. Several events are on in different rooms and the place is full of an eclectic audience who can juggle between concerts. It’s in Paradiso‘s smallest room, Kleine Zaal, that The XCERTS are performing tonight.  Inside, the public is scaterred and not that numerous. With my friend, I am in front of the stage with a group of German girls who are following the band on several date. On the right side of the stage, Alexander, the band’s roadie is preparing the guitars and tune them. We feel a simple and chill atmosphere of a gig we go with curiosity in hope to discover a new band. Several minutes after 8pm, the band goes up on stage in a dark introduction that goes perfectly with the first song of this gig : The Dark. It opens also the fourth record of the band, Hold On To Your Heart, eand set a real contrast with this cool ambiance we had at the beginning. This tune deals with the doubt period which the singer has experienced during the writing of the HOTYH : “I’d become a really empty human being’(…) I couldn’t really relate to anyone, I was struggling to talk to people, I just couldn’t go out and face the world. Fundamentally I just felt completely worthless, I just didn’t know who I was and I didn’t really care about who I was either!“ explained the frontman in an interview for Independent. However, The Dark is used as a renewal and leaves behind all darkness that surrounded the singer to begin again. This idea is also conveyed at the beginning of the show and the band goes on with a more energic tune, Daydream. The show is on!

The trio is at ease and it’s very cool to watch. Murray Macleod enchants with his powerful and clear voie which is the same in live and his charism that seduces more than one. Drummer Tom Heron is at the back but bestirs himself on his set with vivid rythms that makes us wanna dance. Jordan Smith, the bassist, joins the frontman in choirs and offers nice bass lines well executed. Two old singles I Don’t Care and Shaking In The Water from There Is Only You out in 2014. However, the band came to promote their new record and Show Me Beautiful is the first song of HOTYH to be played. It kinda slows down the atmosphere and several minutes after we go back with Crazy and then down again with Cry, which  is one of the best singles of Hold On To Your Heart and personally my favorite. The tune is calm and dives the concert venue into a soft dream with blue lights. The dream isn’t that beautiful though as Murray sings : “I didn’t mean to make you cry, I’m sorry, forgive me“. By the way, the singer will tell me later in the night that it is one of the most significant songs he’s ever written. Love, which is the principal theme of the album, comes back regularly in the frontman’s writing. During the concert, he does not hesitate in making jokes to the audience namely on Amsterdam’s Hard Rock Café and a certin Cesar salad that he ate earlier. Not that good apparently. A glass full of whisky placed on an Orange’s amp kinda helps the singer to forget the bad taste of that mysterious salad. 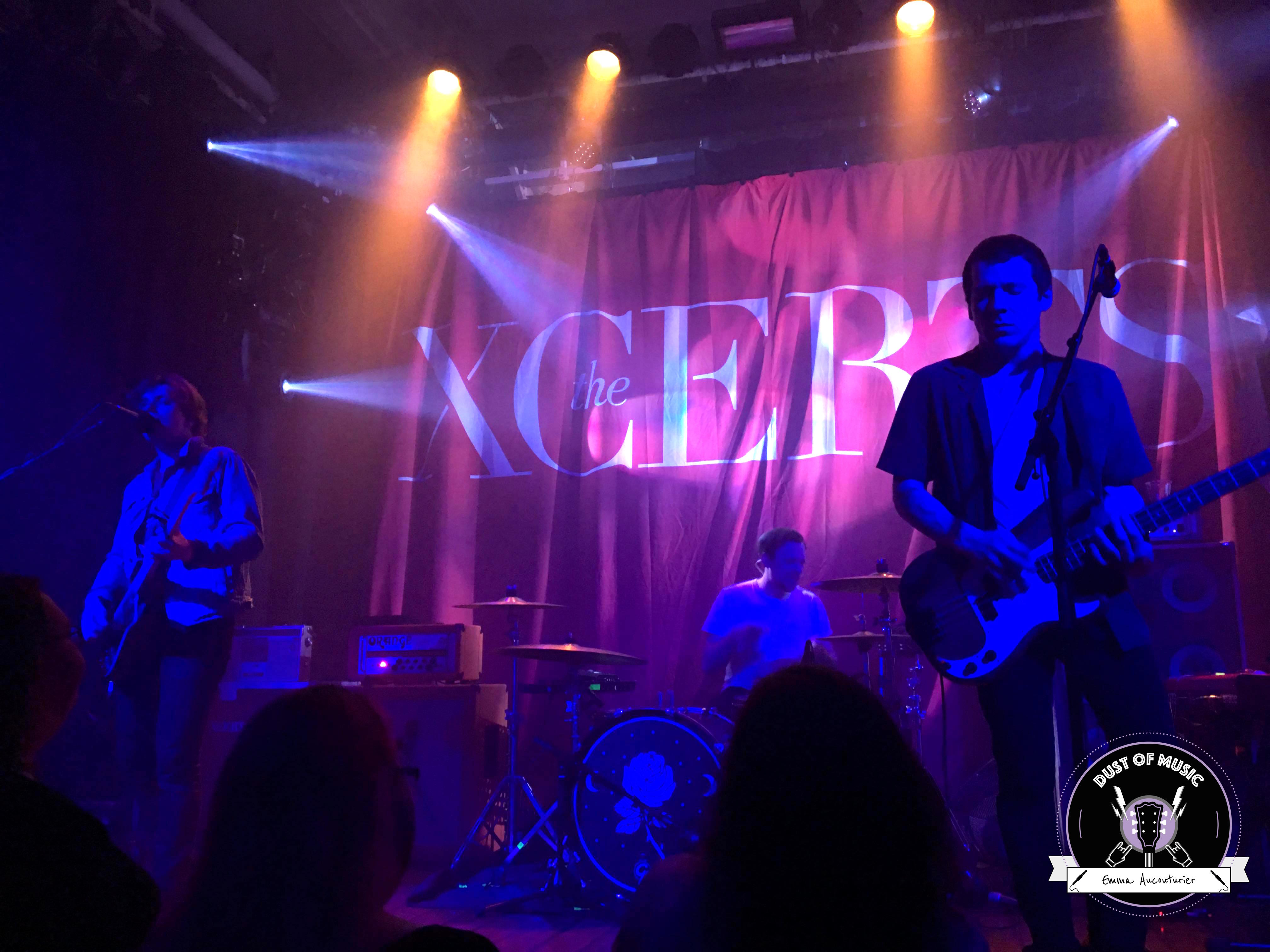 We bounce back with Crisis and the famous Drive Me Wild which, as explained by the singer to the audience, is a song for  “tremendous sex” (that’s not me it’s him). In the record, the song has a saxophone part and it’s too bad tht they didn’t bring with them a musician to play it as also we meet again with the instrument on other songs from the record (namely Cry whom we were talking about recently). We Are Gonna Live is on and makes us dance as the end of the gig arrives. But the frontman spoile us and ask directly to the audience to cheer for a band like Toto and scream for an encore. By the way, the musicians will play the first notes of Africa, and I should admit that I kinda panicked. After that sequence, Hold On To Your Heart “ends” the show and the band get off the stage making signs to incite the public to scream so they can come back. Will the audience obey? 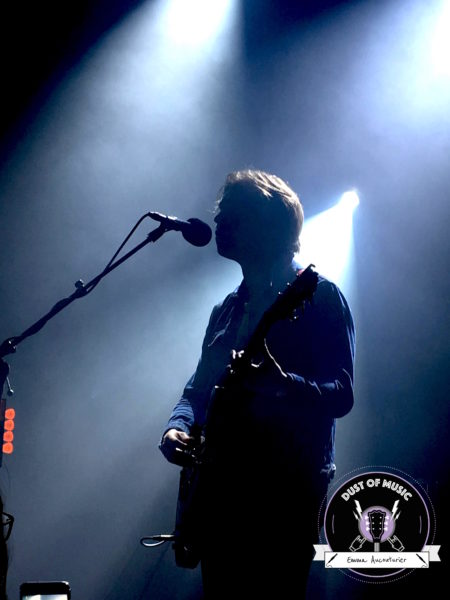 Fortunately the audience is begging for more and so do I! It’s Murray who comes back alone on stage to perform with his guitar one of the first song he’s written, Aberdeen 1987. In the crowd, some loyal fans are here and have travelled all the way to Amsterdam to see the band. They know the lyrics by heart and joins the singer quite moved. The two other members arrive to perform their single Slackerpop. On this particular song, the singer ask for fans’ help. Eventually, they end their gig with HOTYH’s first single Feels Like Falling in Love on which we go crazy one last time.

In conclusion, The XCERTS ended their tour in the best way possible in a friendly atmoshpere where the band desmontrated a real proximity with their audience. The band will perform at several festivals next summer whom 2000trees Festival at Upcote Farm in the UK. But they will take some time off before, which is well-deserved, and hopefully they will meet again with the studio for a possible fifth album?