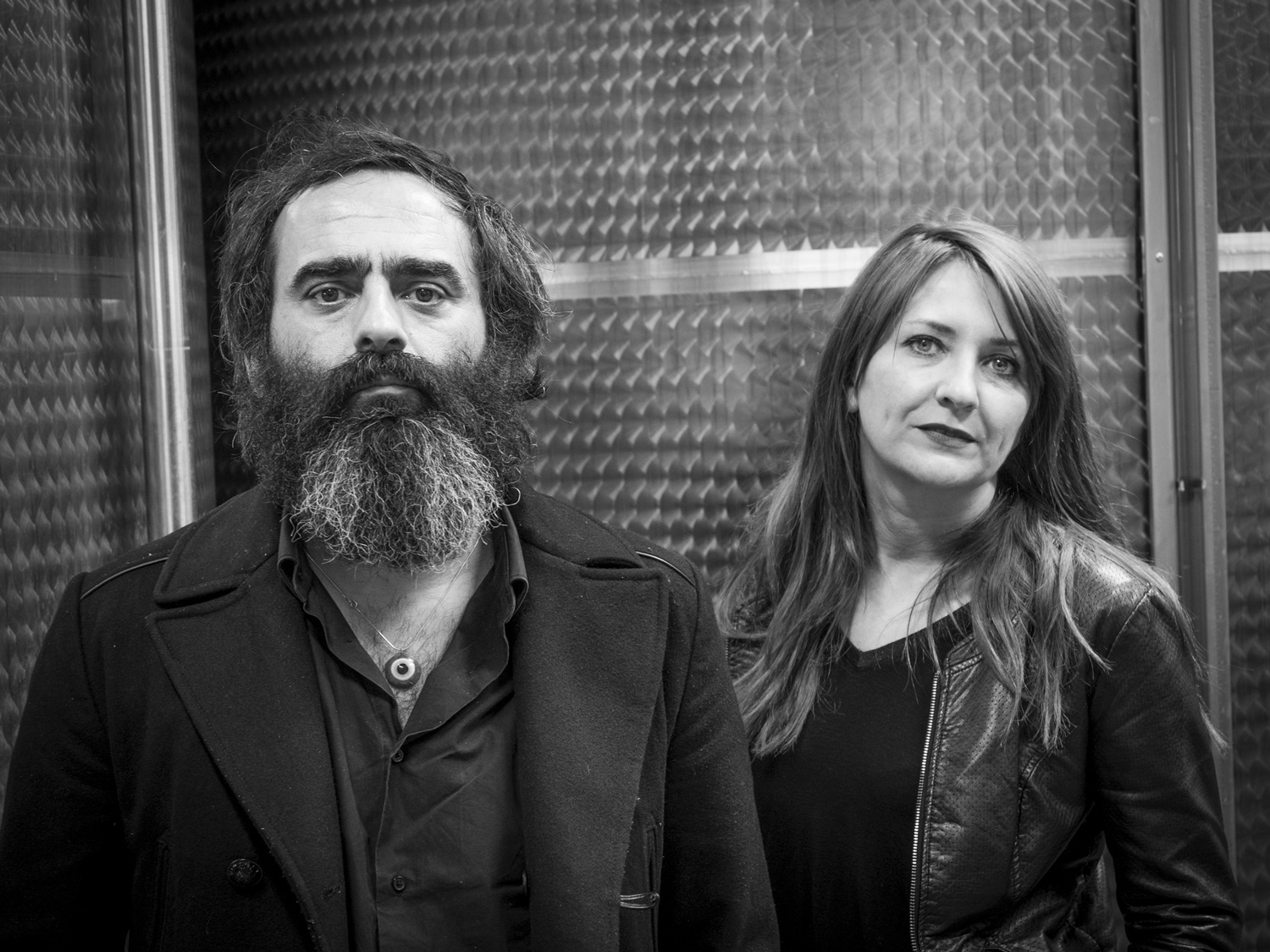 The Limiñanas : a new rich and expressive compilation of their universe.4 min de lecture

French rock psyche band The Limiñanas has announced the release of a new compilation, I’ve Got Trouble In Mind Vol.2, album composed of covers and rare tracks. We listened and we talk about it in the article below!

After a remarkable performance at Rock en Seine festival last August, The Limiñanas come back with I’ve Got Trouble In Mind vol.2 7 “And Rare Stuff – 2015/2018 following the first released in 2014, (I’ve Got) Trouble In Mind : 7 “And Rare Stuff 2009/2014. Composed of 17 tracks, ranging from covers made in concert by Lionel and Marie to more rare tunes, this opus is dedicated to the particular style of the group that is based on a psychedelic and aerial rock that seems to transport us in other dimensions.

A compilation of exclusive covers and rares songs

Like the first version of (I’ve Got) Trouble In Mind released in 2011, the second volume is a new compilation of both cover songs that Lionel and Marie like and old titles from previous EPs. In this way, the band’s very consistent discography revives and we can discover B-sides nuggets from the period 2015-2018, which may have gone unnoticed by the most novices of us.

Among the covers featured on this compilation, Russian Roulette, which was released recently, was the first single of The Limiñanas‘ new compilation. This song by Lords of the New Church, was first found in a record store by Lionel, but it is the version of Pascal Comelade, Catalan composer, that will inspire the group to create a similar and delicious version. Subsequently, the band and the musician will play it on stage and will be part of this new compilation!

A second cover that we can highlight is Two Sisters, an original song of British band The Kinks. The Limiñanas are accompanied by Anton Newcombe‘s nonchalant voice, leader of American psychedelic rock band The Brian Jonestown Massacre and who had previously worked with the group including the record Shadow People released last year. Another English-language cover is Echo & The Bunnymen‘s Angels and Devils, whose style matches The Limiñanas‘ (or the opposite).

We will also note some covers of French songs, like Michael Polnareff‘s Time Will Tell, which follows the yéyé atmosphere in the verse but turns into a more grunge rock in the chorus. But also La Cavalerie, song by Julien Clerc that has been displayed a rather faithful version in which we nevertheless find The Limiñanas‘ personal touch. It must be said that The Limiñanas are able to grab any tune and turn it into something even better!

Next to the covers, we can find rarities from EPs released a few years ago, like The Mirror and Wunderbar both released in limited edition in 2015, or The Inventor and The Woods released in 2016 in the same configuration. In the more recent titles, we find the very good single The Gift (Shadow People) on which Peter Hook (former bassist of Joy Division) poses his bass, that is mixed by Anton Newcombe on this compilation. In addition, the clip illustrating this title has been unveiled recently and you can watch it below:

Eventually, at the end of the festive year, Lionel and Marie did not leave Christmas in the locker room with the resumption of famous Christmas carol Silent Night, or their title The Curse of Santa Claus which dates from last year.

A superb idea and a rich discography

In my opinion, the idea of making compilations is simply great and The Limiñanas find the perfect balance by proposing to revisit exclusive titles of their discography and to be surprised by their well-mastered covers that avoid complete denaturing. But above all, it allows us to learn more about their history and to further explore their singular universe. Currently on tour, the band and its aficionados perform most of the songs from this compilation, and I recommend you to catch them if they come near you, it’s definitely worth it!