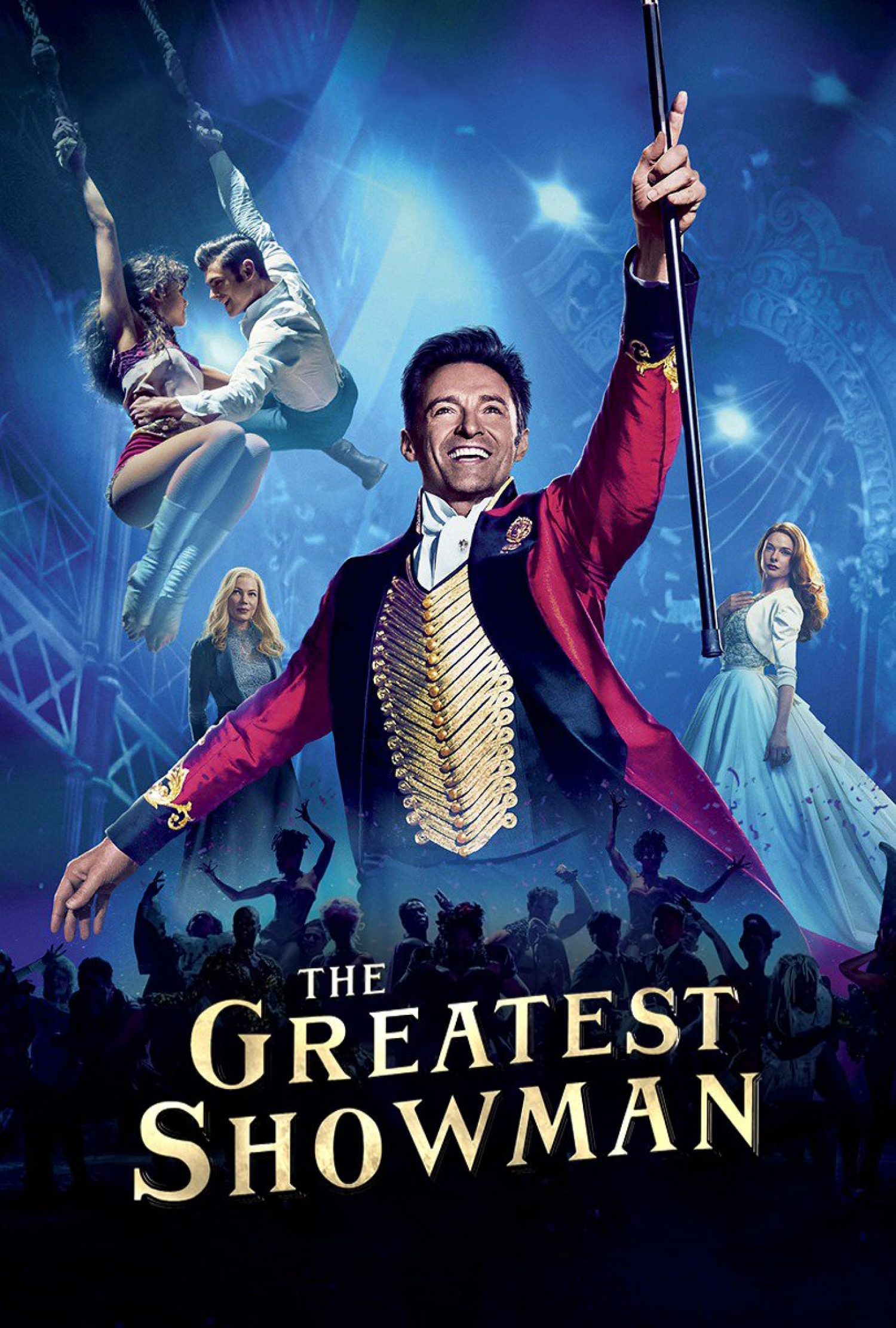 This is early 2018’s musical movie! The Greatest Showman is the new American musical nugget that has just been released in our theaters. This spectacular show impressed us with its thousand-and-one colors and superb performances. Find our review in the article below!

The soundtrack of the film is already wreaking havoc on many countries’ charts, and so could the movie! In fact, this musical film has everything to become a reference in Broadway musical genre.

The Greatest Showman tells the true story of Phineas Taylor Barnum, a visionary and ambitious American entrepreneur  that comes with a troupe of extraordinary characters and will stage the biggest show in the world under the name of Circus Barnum. The film celebrates the birth of show business and the wonder we experience when dreams come true.

And this from the appearance of the Twentieth Century Fox logo! We are surprised by an old logo before transforming into a more modern with a festive and catchy background music, even epic that gives us chills. We are directly immersed in the magical world of this colorful movie with a sumptuous scene of singing and dancing,introducing sumptuous Mr.Loyal or should I say Mr. Loyal Jackman and all his troupe. Everything changes in seconds that follow and the plot comes to us immediately. You must admit that these first five crucial minutes are composing an excellent introduction to the movie with the viewer who finds himself completely immersed in the story and the fantastic environment of The Greatest Showman. 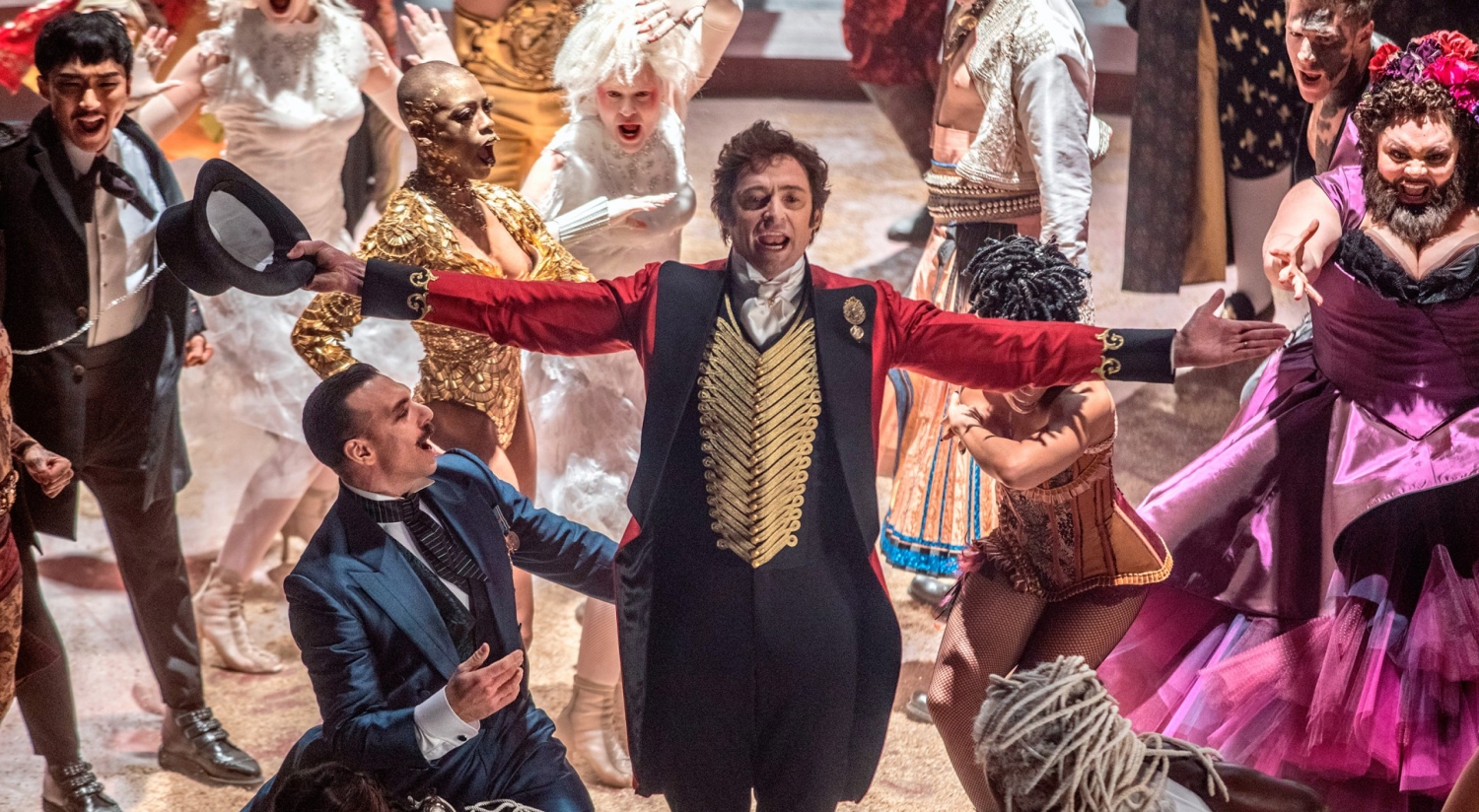 Some influences taken from another Broadway musical

In The Greatest Showman‘s aesthetics, we find a strong inspiration from another monument Broadway musical genre: Moulin Rouge. This is undeniable and from the opening scene we can only think of Baz Luhrmann‘s eccentric film with certain references in choreography and imagery. Based on artificial and exaggeration, this is the absolute Luhrmann. But it works so well and the movie is visually a masterpiece! The Greatest Showman is in line with his ancestor and Baz can only be flattered by the tribute Michael Gracey makes in his movie.

A four-star cast for The Greatest Showman

To bring to life Phineas Taylor Barnum‘s fabulous adventure, it needed an exceptional bunch of actors and it is Hugh Jackman who has been chosen to play the role of this American philanthropist. With a Broadway voice that he has already exploited in Les Miserables in 2012, Hugh impresses us in The Greatest Showman and performs pretty vocal prowess. In the role of his wife Charity, Michelle Williams was the one and although she is excellent in this role, we regret its under-exploitation on screen. In terms of minor roles, Zac Efron and Zendaya both play respectively Philipp Carlisle, future partner of Barnum and Anne Wheeler, a young acrobat and circus member. They play admirably and are even better together. Indeed, a connection will be established between their characters and their perfect osmosis will be the consecration. Finally in the group of “monsters”, Keala Settle plays bearded woman Lettie Lutz and is very touching in The Greatest Showman. It is also the one who gives all shape to the acclaimed hit featuring in the film, This Is Me. 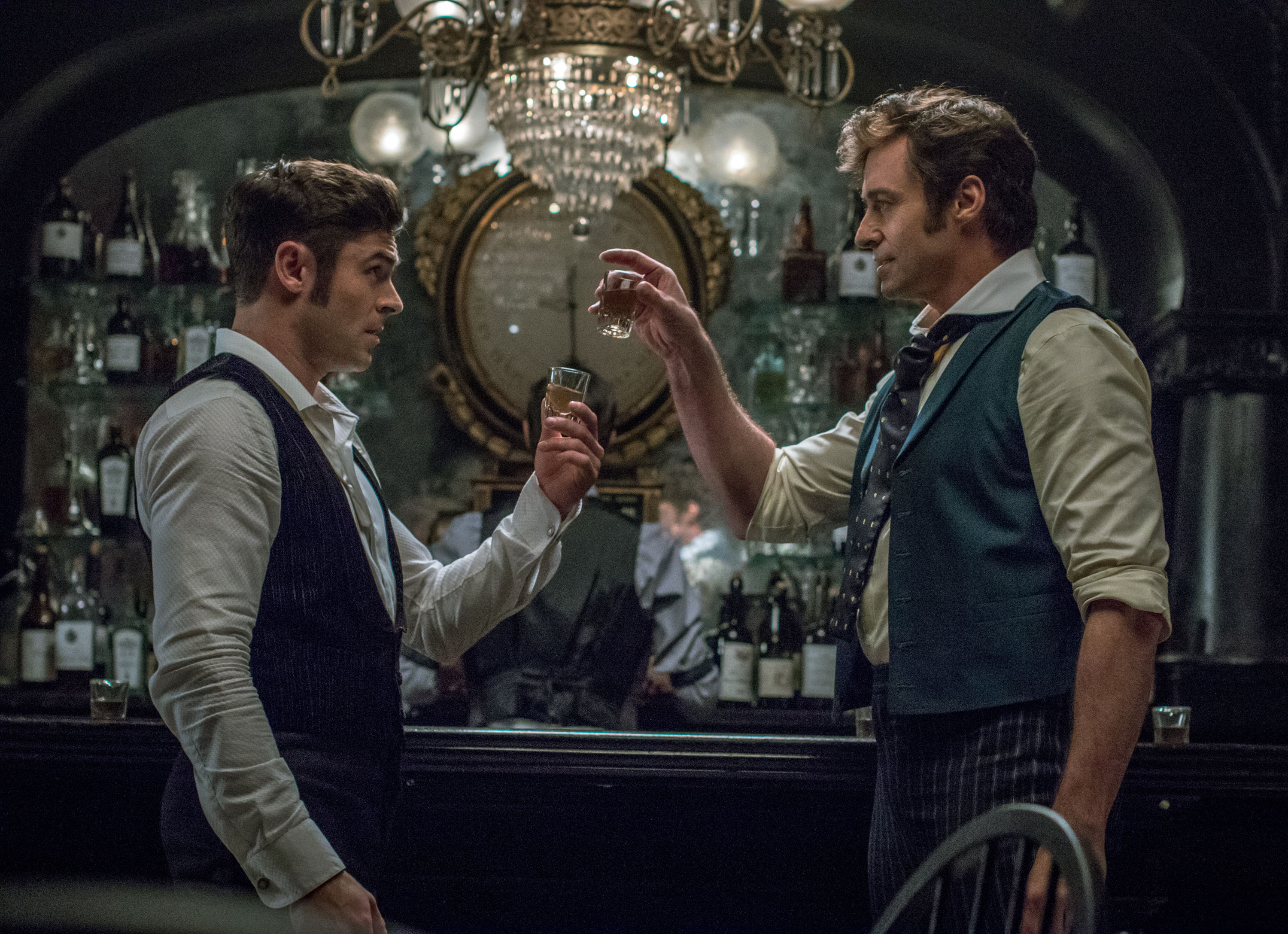 Where is happiness, it’s here

As Phineas Taylor Barnum, the movie’s director wants to put our eyes on it and play with our emotions. The Greatest Showman is a ball of energy and good humor that touches us in the heart, like a Disney! We are trapped in this world full of optimism and we go through all emotional stages: we laugh, we cry, we sing, we dance on our seat! Everything is there to have a good time. And it works because in the end, we can only smile at this movie, that advocates difference and that any dream can come true!

Of course, when we talk about a musical, we think about dance that has a crucial role in it. The Greatest Showman is no exception to the rule and challenges with impressive choreographies with modern and more traditional touches, including cabaret influences! The coordination between dancers is perfect and no one can only imagine the difficulty experienced by the actors to reach this level. One of the most striking dance scenes is probably the one in the air where Zac Efron and Zendaya perform an acrobatic choreography on the sublime song Rewrite The Stars. It turns out that this scene required a lot of time and training for the actors to do it properly. This does not surprise us and the result is just splendid.

A soundtrack that crushes everything worldwide

And after dance comes the inevitable music and in The Greatest Showman, there is not a single faux-step in the soundtrack. Occupying the top of the charts in many countries, this record is simply superb. We find songs sung by actors themselves, with epic like in the anthem of the movie The Greatest Show or Come Alive, emotion in the beautiful duet between Phineas and his wife Charity, A Million Dreams, which is joind by a dance of both actors to fall to the ground. We also note Never Enough performed by Rebecca Ferguson, which is not sung by her but The Voice US finalist, Loren Allred. Eventually, the must-have single is This Is Me, which won Golden Globe for Best Song and sends us a bewildering and unforgettable emotional power.

The Greatest Showman, a wonder that you shouldn’t miss

It must have been felt in your reading, but I was charmed by Michael Gracey‘s film. I was fascinated by its aesthetics and fantasy imagery,, strongly inspired by Moulin Rouge, as well as by the actors’ performances! Hugh Jackman is simply amazing and we revive Phineas Taylor Barnum‘s overflowing imagination! In addition, supporting roles by Zac Efron, Zendaya and Michelle Williams are superbly interpreted. The magic operates and we attend a celebration of 105 minutes. With its sublime songs and divine choreographies, The Greatest Showman will delight you in early 2018!

A spectacular Broadway movie musical that will enchants you.