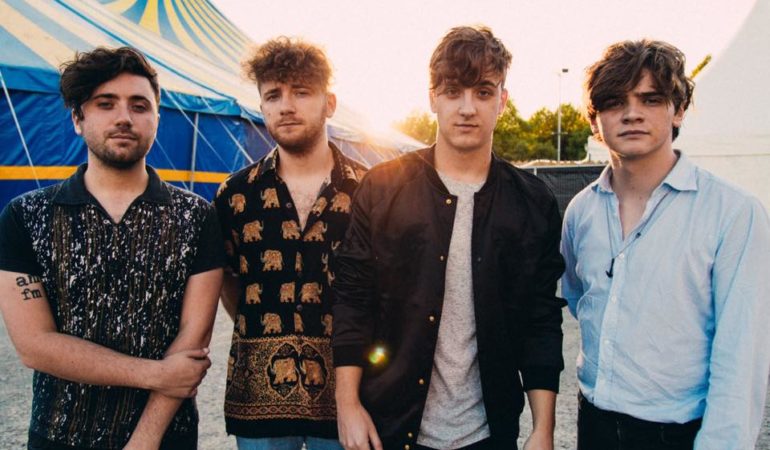 The Irish formation The Academic who is currently on tour was Thursday at Pop-Up du Label in the French capital !

Tales From The Backseat

Four Irish boys The Academic launchd their debute record last January, Tales From The Backseat  whom we talked about on our website. A quite “academic” or “scholar” record which still seduce with a sola and teenage pop! It has met a gret success in Irland where it ahieved the top of the charts the week of its release. To promote their record, Craig Fitzgerald, Matt Murtagh, Stephen Murtagh and Dean Gavin decided to take over American and European roads and stopped by Paris. The band performed at Pop-Up du Label last Thursday and offered an effective and energic set in front of a motley audience!

A diverse audience for The Academic

On Thursday 12th April, a dense public is waiting the four Irish boys in the little but comfortable room of Pop-Up du Label (Paris 12th). Shall we expect a sold out ? In the public, we can observe all ages, which is very suprising because it’s the first Parisian show ever of the formation. I hear some saying that they came by curiosity, others are here to support their favorite band. Some young girls in a groupies mood took over the first row but also some adults and older ones. Then, the band is facing a varied audience and will not defeat in seducing it! 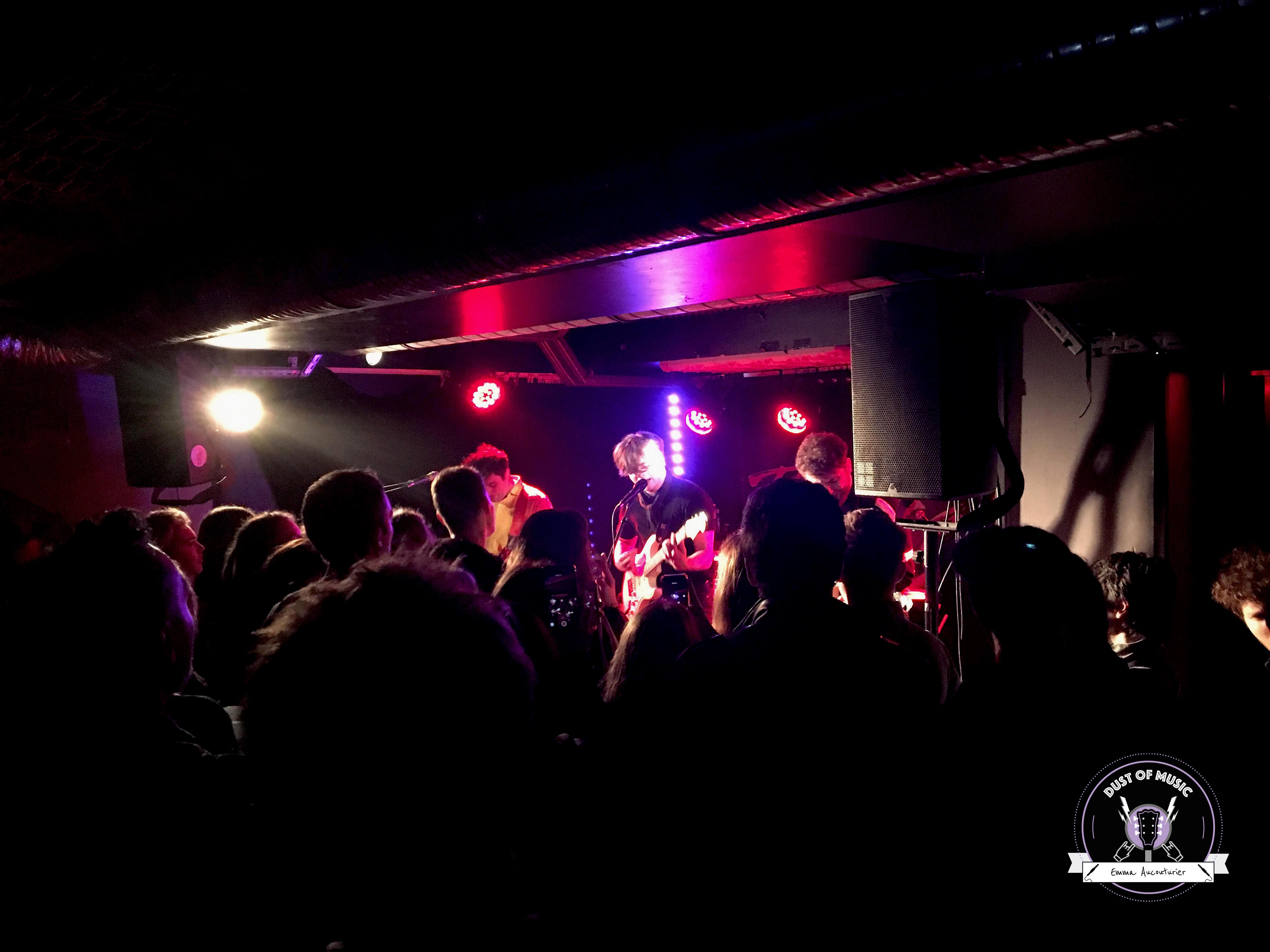 The four boys are at ease on stage and we are loving it! We could think they are beginners but The Academic have several years of experiene behind them. Created in 2013, the band toured with several well-known bands like The Kooks, whom they supported during their European tour last Autumn. Frontman Craig Fitzgerald is trying during the show to speak French to the audience and we kinda remark that he is accomplice with his friends which creates a suprising cohesion. They are having fun playing for us and it’s for our great pleasure!

For this first Parisian show, The Academic prepared a setlist mostly composed by tunes from their debute album Tales From The Backseat and some old ones written at the beginning of their adventure. They started their show by performing Permanent Vacation which is also the first tune of the record. Some permanent vacation with The Academic ? Hell yeah! The band follow up without losing their energy with Bite My Tongue, Television and the public starts to give the musicians some vitality by dancing and jumping on their single Mixtape 2003. We keep a determined dynamic with the following tunes such as Fake ID, describing the feelings of a young 12 yeared olg teenager going for the first time in a club.

A show divided in two parts with a tribute

Even though the energy is still here, the band kinda slows down the pace with a cover from the band The Cranberries whom their singer Dolores O’Riordan died last January. Craig and his friends performs Linger and it’s pretty emotional we have to admit. We move from a solar show to a darker one which creates a surprising contrast. After this cover, we go back with one of the record’s single Why Can’t We Be Friends. The Academic will after end their set with Bear Claws, which has been the subject of an original video clip recorded with the exisitng delay between the moment you go live on Facebook and the moment when it appears on your page. You can watch it below:

The Irish formation offered a spontaneous live and seduced the disparate audience gathered at Pop-Up du Label.  There is no need to say that we will hear about Craig Fitzgerald, Matt Murtagh, Stephen Murtagh and Dean Gavin who ar the new servants of British indie rock following the masters : The Kooks. To see some images from their concert in Paris, the band launched a dairy video :