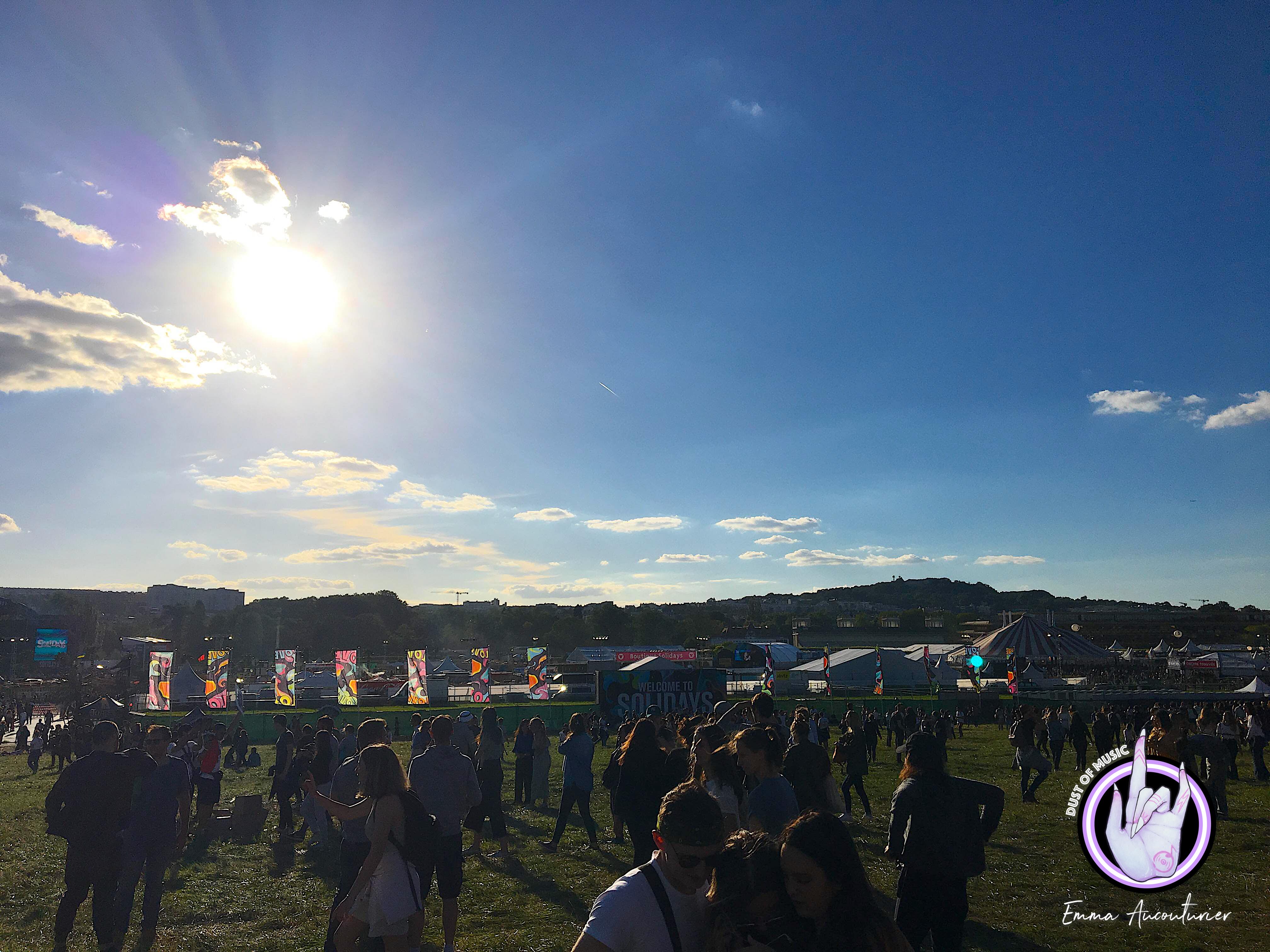 par Emma 8 July 2018
The season of festivals has begun in France as well ! Two weeks ago, two huge festivals launched their weekend : on one hand, the world biggest rock and metal Hellfest, and on the other hand Solidays, the activist festival against HIV that turned 20. Today on Dust of Music, we will talk about the second one and our best moments of the weekend !

It was the Parisian event of this last weekend of June. French festival Solidays was back at capital’s l’Hippodrome de Longchamp to celebrate its 20th birthday. The festival crew gathered many artists and bands who made the 212,000 registered festival-goers jump, which is a huge record for Solidays! We get back on our favorite moments from this year’s edition where rock has been well honored!

The first day has well begun with instinctive rock band Shame. On the previous year, British rock has been honored with The Strypes, band belonging to British rock new wave and wore proudly UK colors on the Domino stage. There’s no need to say that Shame follows the same dynamic and Londonians drove the audience crazy with their post-punk, pogos and Eddie Green‘s slam.

Our safe bet : The Kills

Rock mythic duo  The Kills was part of the game as well. Invited the night before by the legendary Foo Fighters to support them at London’s Wembley Arena, Alisson Mosshart and Jamie Hince jumpd in their tour bus for Paris to give a superb show at Solidays. More accomplice than ever, the two musicians greatly performed even if the audience wasn’t that big.

Another great moment of this edition at Solidays has been the boisterous set of Parisian formation Thérapie Taxi. Composed by Adelaïde, Raphaël and Renaud, this unique trio is performing everywhere and we all know by heart the dirty lyrics of Hit Sale, Salop(e) or Coma Idyllique. The public was plentiful during their live, at the point where we couldn’t approach the tent where the show was. The band met a great success and made the public panic with a love sequence, insured by the singer Raphaël and a random fan who made out on stage during Bisou Tendre. Kinda hot in there!

Ben, Max and Théo are composing the rock trio Lysistrata with the excellent reputation. In the music world, critics compare them with Foals, At The Drive-In or Sonic Youth. Their punk sound is making its path and is progressively marking French music rock scene. At Solidays, their energic set impressed the audience.

Irish band Two Door Cinema Club completed the last day of Solidays before the night set insured by French hip-hop collective NTM. With a setlist made of greatest hits such as Bad Decisions, What You Know or Undercover Martyn which started everything, the band gave a luminous and dancing show who delighted the public.

There’s no need to say that Solidays has become a reference in terms of French festivals with its activism and dedication but also it eclectic line-up made for everybody. See you in 2019!