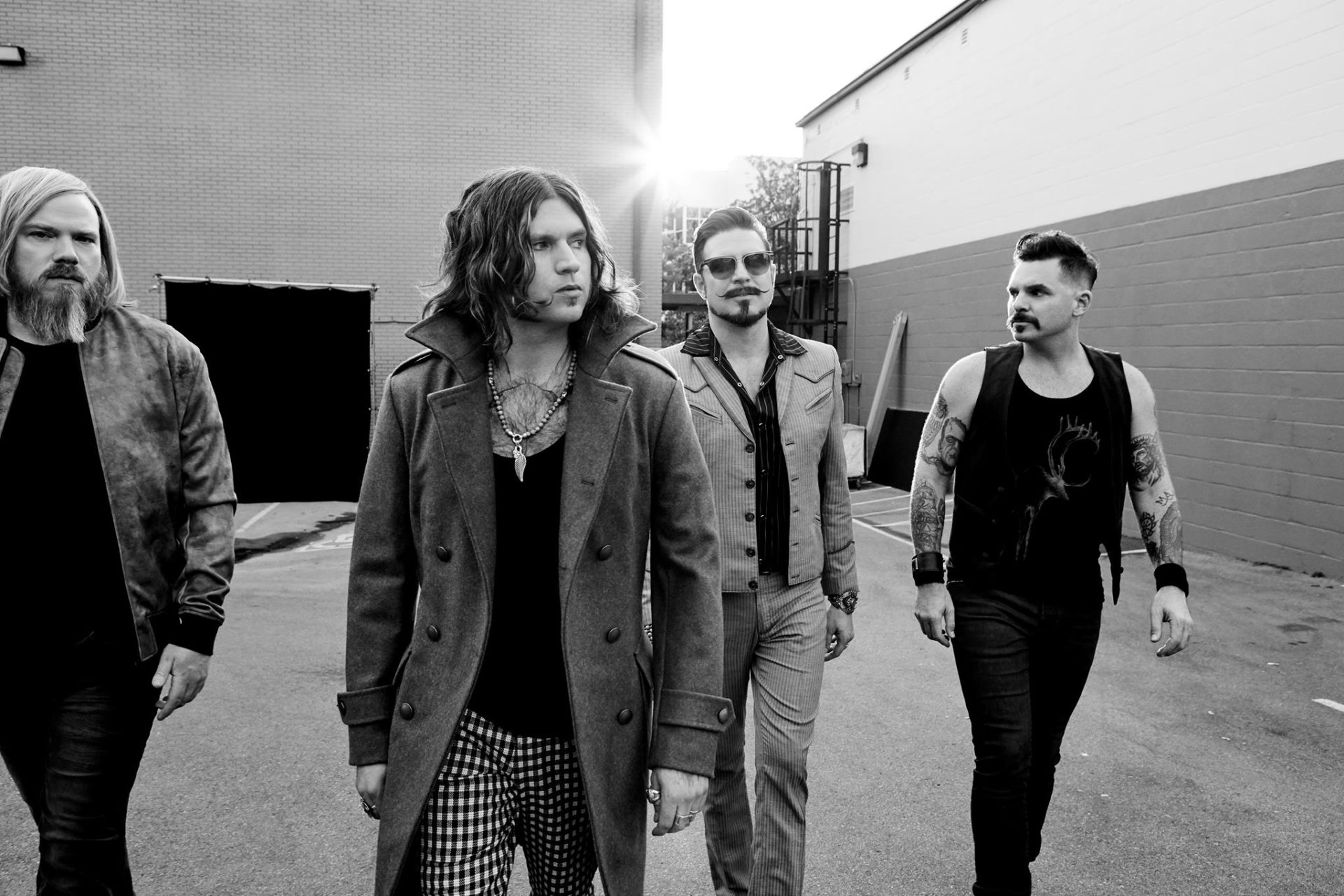 Rival Sons‘ instinctive rock has taken over La Sirène and attracted many rockers. We’re back on this concert that brought us back to our wild origins.

The grunts and barking of a dog resound. We hear gasps, a heart beating faster and faster. Like a return to the very beginning, to the origin, to life. The cover of Rival Sons‘ new album, Feral Roots shows a dog lying on the ground, not dead like she is breastfeeding nature. An allegory that seems to illustrate a royalty to Nature, to allow it to take back what belongs to it or simply return the favor after the gift of life it has granted us. My research will bring me back to Martin Wittfooth, painter of the Wildmother canvas whose the band extracted a part for the artwork of the album. 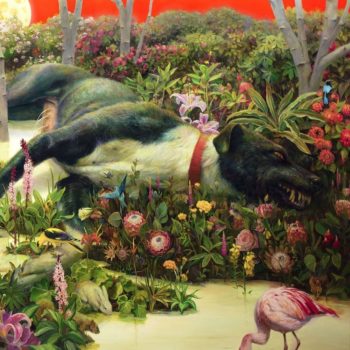 The hall is packed tonight at La Sirène and is filled with rockers with leather jackets or t-shirts from old bands or Hellfest. In the dark, the backdrop curtain shows a skeleton with the beating heart from where the noises come from. It slowly returns to life. It is taking on color again. Added to this are the sounds of Nature reflected in the sounds of leaves and wind, which surround the viewer and insert it into the unveiled cover of the album.

Back in The Woods opens the doors of Nature which contributed to the creation of the new essay Rival Sons. It’s a homecoming on paper and on the field, as singer Jay Buchagan and guitarist Scott Holliday have locked themselves in a cabin in the woods in Tennessee for a week to compose some future titles of the album. Born from this reunion the first set of songs of the album (Do Your Worst, Feral Roots, Back In The Woods, Sugar To The Bone). Such a process can be felt in this album that preaches the wild and original nature of the World. Sugar To The Bone also follows before making way for Pressure and Time, eponymous single for their second album.

Raw music and without any filter

The rock is direct and pure. The “big saturated guitar riffs” thing made in Rival Sons works very well. To the point where one wonders if they have yet laid an umpteenth album of rock without much difficulty and which only takes the good veins. This is not the case with Feral Roots that by its intellectualization and naturalism invites the listener to go further in the reflection. We realize in songs such as Feral Roots, All Directions or Shooting Stars that Rival Sons goes far beyond simple rock n ‘roll. It’s higher, deeper, even more grandiose.

Electric Man follows and the audience continues to ignite and sing to see shouting with Jay on some parts. The group calm things down with Jordan, from their third album Head Down. A gentle ride on which Jay Buchagan deploys an impressive vocal technique, able to string together more fiery titles and slower on which the holding of notes is important. Then comes the eponymous title of the new album, Feral Roots, which gives rhythm to the concert and perfectly illustrates the conveyed message.

To be able to step back and reflect on ourselves

Indeed, the opus seems to be a response to the consumerist and technological society that surrounds us. To the point of saying that people are “domesticated” and that a step back to nature is sometimes necessary to find our origins and reconnect with our trueselves. In the album, this translates into a more raw, impulsive and instinctive sound that comes from the animal. Rival Sons are mad guys with sharp fangs that rock the audience hard rock that sometimes close to metal or punk. There, we are in the concrete. It’s intense, it’s surly. On stage, Jay Buchagan seems transported by the music deployed by the musicians and delivers under the amazed eyes of the audience of the most surprising vocalizations, ranging from low to high. Robert Plant is never far away …

The rhythm is revived with Torture. Stood by Me and Imperial Joy follow, both from the new album. Another single of the group is screaming the assembly, Open My Eyes, but it is more particularly All Directions that will remain in my memory. Scott Holliday gets a double-sleeve guitar and performs pretty solos although prepared. But what is very pleasant in this song, it is the break which comes to break the languidness of the title to transform it in the last seconds in a much more rock and epic with choirs very gospel. It’s definitely one of my favorite songs of Feral Roots. We feel that the concert is coming to an end soon and Look Away and End of Forever are introducing Do Your Worst, one of the singles of the new album. This seems to be a very good title to close the concert but the audience will quickly ask for more at the end of the song.

After a few minutes of cheering and fake end, it is in a night and religious atmosphere that the choirs of Shooting Stars are heard. This gospel-influenced song takes us to the skies and introduces the apotheosis of the concert that will reach its pinnacle with Keep On Swinging. Ultimate minutes during which Jay Buchagan kills his voice cards and the guitars are unleashed. Under the cheers of the audience that seem interminable, the frontman exclaims: “We’re Rival Sounds, and we play rock n ‘roll!“. Yes, it was good Rival Sons and it was rock n ‘roll as we like.

Rival Sons will return to Paris and Bordeaux next fall at Olympia and Rocher de Palmer respectively November 9th and 10th. A definitely not to be missed act if you’re a fan of the band or just rock n’ roll.