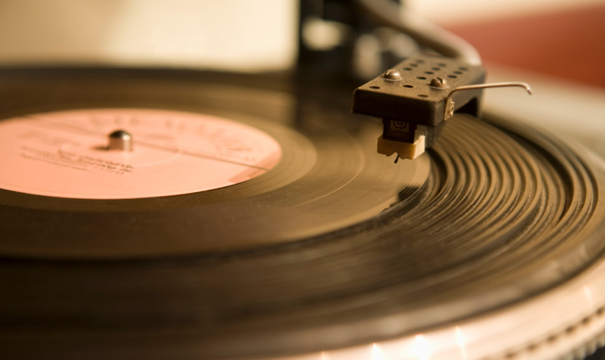 It’s time for a new playlist of the week on Dust of Music and as usual, we juggle with periods and genres even if there’s a 80s power today. Simple Minds, The Police, Phil Collins or BB Brunes, they all feature in this week’s playlist!

Heaven Knows I’m Miserable Now – The Smiths
Out in 1984, Heaven Knows I’m Miserable Now is one of British band The Smiths’ greatest hits. The band led by Steven Patrick Morrissey made impression in the 80s with their particular rock sound that follows jangle pop, genre that drifts from alternative rock. The formation broke up in 1987, but inspired a lot of artists and still today. By the way, Paris’ le Point Ephémère opened a special exhibition dedicatd to The Smiths (from Feb 2nd to 23th). You can discover or re-discover this band that let his mark in musical landscape.

Mandela Day – Simple Minds
A great song for a great man. The band Simple Minds sang in 1989 Mandela Day, song dedicated to Nelson Mandela who was emprisonned at the time. It has been written for the tribute concert given for Mandela’s 70t birthday where the band performed on June 11th 1988. The single met with great success when it came out and reinvested the charts through streamings after Mandela’s death in June 2013.

Black Eyed Boy – Texas
This title is one of my favorite from Scottish band Texas. I admire Sharleen Spiteri, singer , leader and lyricist from the band but who is also an icon for women. Third single of the excellent record White On Blonde, Black Eyed Boy is a catchy song like Summer Son or Say What You Want, that allowed Texas to build itself an international recognition. Since several years now, the band released two records, The Conversation in 2013 and more recently, Jump On Board. If you don’t know this band, I strongly recommend you!

In The Air Tonight – Phil Collins

This unavoidable song by British artist Phil Collins is recognizable by its particularly dark atmosphere and mostly by its rythm. Written in 1981, Genesis‘ old drummer expresses his anger after his divorce with his first wife Andrea Bertorelli. However, another urban legend surround this mythic hit : lyrics would be taken from a news concerning the accidental drowning of someone where a friend of his, a loved one maybe, didn’t help when he was drowning and Collins is a witness of this scene. We can hear in the song : “Well, if you told me you were drowning, I would not lend a hand“, nice Phil,  but of course, it comes from pure imagination and In The Air Tonight remains a masterpiece.

Second Hand News – Fleetwood Mac
Second Hand News has been written by Lindsey Buckingham, singer and guitarist of British-American band Fleetwood Mac. This song opens the eleventh record of the band, Rumors, released in 1977. Greatest hit whose lyrics begin by “I know there’s nothing to say/Someone has taken my place” that deals with the break up of Lindsey and Stevie Nicks, sets the pace in this record that has been produced in the difficult sentimental context. Nevertheless, the band members came accross love and its misadventures and Rumors met with great success and is a reference in folk-rock music.

Every Breathe You Take – The Police
Elected in 1984 as Song of the Year at the Grammys, the song Every Breathe You Take is one of The Police‘s most well-known hits. It deals with jalousy and possessiveness of a character who wants to control his lost lover’s life and even if the thing seems unhealthy, the song is terribly romantic with its famous bass line. This is the kind of song that reminds you some love stories that belongs now to the past. To all of you big nostalgics, this song is for you!

Grande Rio – BB Brunes
It’s the come back of a French band that we love here! BB Brunes is back after 3 years and a half with no music. Their new record, Puzzle has been released last year and pop-rock quator will be performing at several festivals this summer namely at Paris’ Lollapalooza 2018. The band will also give a concert this month! However, I decided to dive into their last-last album, Long Courrier, and I offer you its opening song Grande Rio.

Night So Long – HAIM
2017 has been a great year for Haim sisters! With a very good new record, it seems that 2018 will be under HAIM‘s sign. American three sisters prepared a serie of shows for their upcoming tour Sister Sister Sister Tour whose several dates are already sold out. There is no need to say that after only two records, HAIM is meeting a phenomenal success. To end this playlist in the best way, here’s their song Night So Long from their new record Something To Tell You, live at Los Angeles’ Greek Theatre, where the sisters performed several sold out concerts.