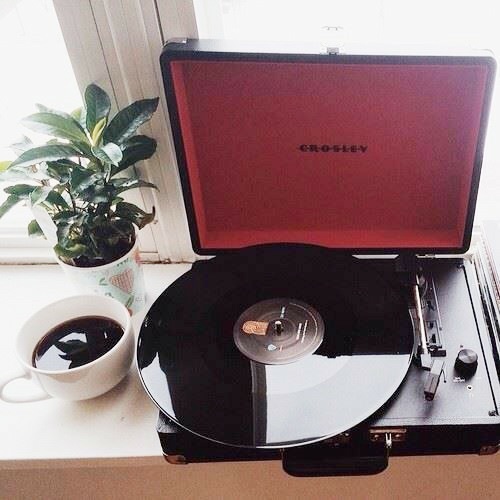 To start a new week, nothing is worth more than a playlist! Emma made you an eclectic playlist that goes through periods and music genres.

Hola gringos! I am taking care o this week’s playlist and as always, I really like to mix different music genres and periods. We gonna visit namely Tears For Fears‘ new wave, mysterious and poetic rock of Nick Cage & The Bad Seeds while going through The Clash and many others. Let’s go!

Daydream – The XCERTS
I have to admit that I can’t stop listening to their new and very good record, Hold On To Your Heart  released last Friday.  The XCERTS is Scottish band that you should listen now. I have discovered last November as support act for Nothing But Thieves and I’ve been charmed ! With their modern and 80s influenced rock, most of their songs are rythmes and I always wanna sing, dance and go wild!

Train in Vain – The Clash
I am finding myself now listening to some British rock with The Clash which is a reference. Train in Vain is a catchy song that features in their fameux record London Calling. It is also the first tune of the band to achieve American charts. Furthermore, it wasn’t at the beginning in the record’s trackless as it was “too good” to not be on it.  We couldn’t agree more!

Stop Loving You – Toto
If you know my playlists, you know that  Toto is a band that comes back frequently. But what, they are Gods to me! I offer you Stop Loving You with its super bass lines and which is love song. They will perform on March 30th at Paris’ La Seine Musicale for their anniversary 40 Trips Around the Sun tour. I have my ticket, I advise to not let them pass under your noise!

Come On Over – Royal Blood
Okay, recently I have been devouring Peaky Blinders and fell in love with Tommy Shelby aka Cilian Murphy in real life (but also Finn Cole who plays Michael Shelby because yeah he’s cute too) and the soundtrack is simply amazing. Rare are TV shows that finds the perfect soundtrack. Stranger Things is quite good also with its 80s soundtrack but Peaky Blinders, it’s something. And Royal Blood‘s garage rock fits perfectly with the TV show universe. Here’s Come On Over :

Forgive & Forget – The Kooks
Since I saw them in Praha, I fell in love with The Kooks, band that I didn’t really know before. Even though their first songs are quite classic and appreciated by all, I interested myself in their recent songs such as Forgive & Forget with its super dancing rythm with some funk influence. It gives you all the motivation in the world to start this week in the best way!

Don’t – Larkin Poe
I talked about them in a recent discovery article. Larkin Poe is a rock duo that we deeply needed. These two sisters know how to deal with guitar and lap steel and offer a blues rock that I really enjoy listening to. I recommend you to listen to them right away, and start now with their single Don’t :

Woman In Chains – Tears For Fears
That kind of love song though! Tears For Fears is like Toto, a band that I love and that features a lot in my playlists. New wave is a music genre that I appreciate and these guys are experts. The well-known single Woman In Chains is a reference and if you wanna spend the night by dancing some slows, you’ll hook up for sure.