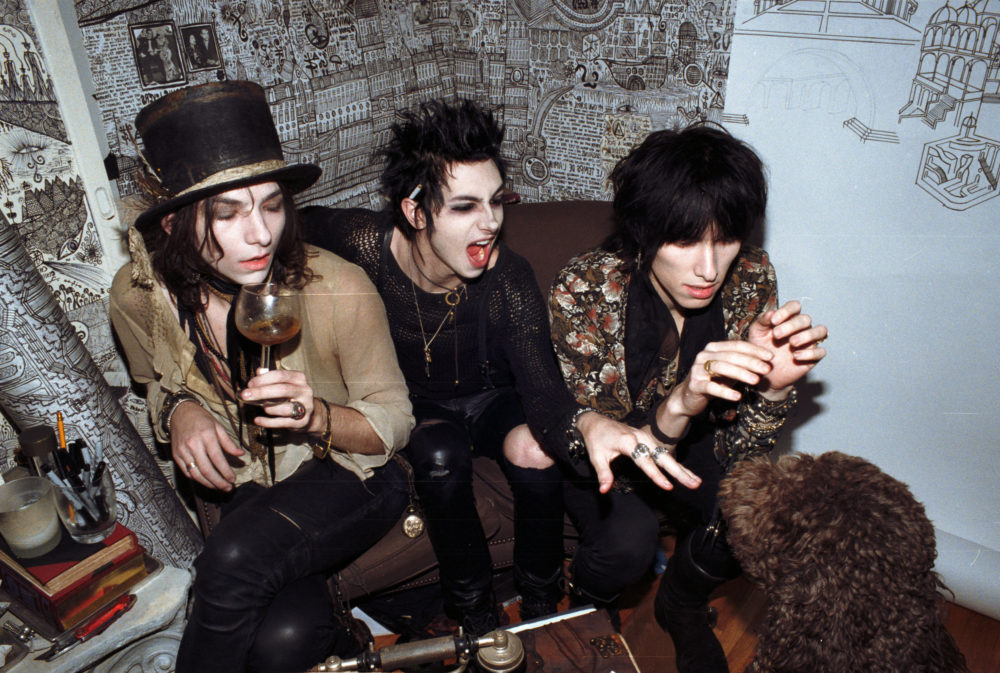 American group Palaye Royale threw its raw rock at Supersonic on Thursday night during a vigorous concert and to the delight of their fans. We tell you a bit more in the below article!

Here they are finally! We talked about it in a discovery article last year, and we wondered if the three Kropp brothers would come to our lands one day. Well, it’s done! Currently going through European continent with The Final Boom Tour, Remington, Sebastian and Emerson Kropp set fire at Supersonic in front of agitated and impatient fans. 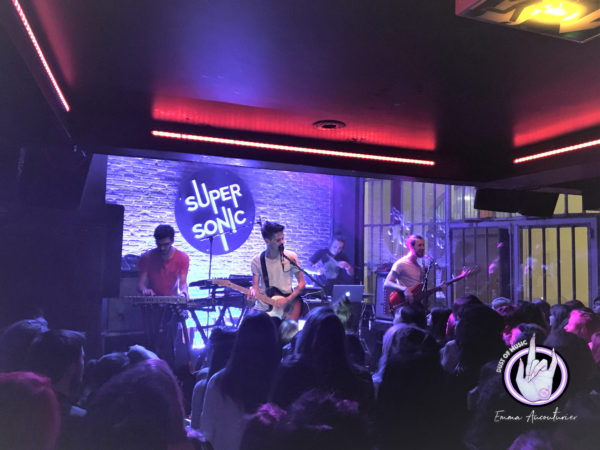 Before, two groups have succeeded on Superonic‘s stage. The first band to warm up the venue is Samaritans, an electro/ pop-rock band from Tours (in the centre of France) with a very rhythmic music that shows disco influences. The band recorded at the beginning of the year its first album, Š, mixed and arranged by Laurent d’Herbécourt who worked with Phoenix and has been mastered by Benjamin Weber who worked namely with Parcels. Rather comfortable, the musicians warm perfectly the audience who is kinda reactive to their setlist.

The atmosphere changes a little and gets more melodic with dark and alternative rock music from Max and Anastasia, the brothers and sisters leaderq of the Floridian band The Haunt. We can only be impressed by the voice of the 15 year-old singer who has been used to performing since she was 9 years old. The Haunt‘s music is inspired by various artists and groups from several genres including Jack White, Billie Holiday, The Kills, Ray Charles, Royal Blood or Nina Simone. 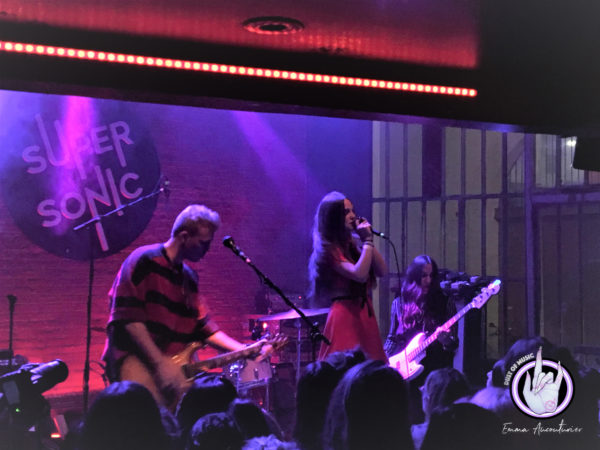 But of course, it is Palaye Royale that we look forward to and eventually the Royale family comes on stage, whose guitarist Sebastian obviously very happy to be in our capital, is accompanied by a bottle of red wine that he drinks greedily. Yes, it’s gonna a good evening! 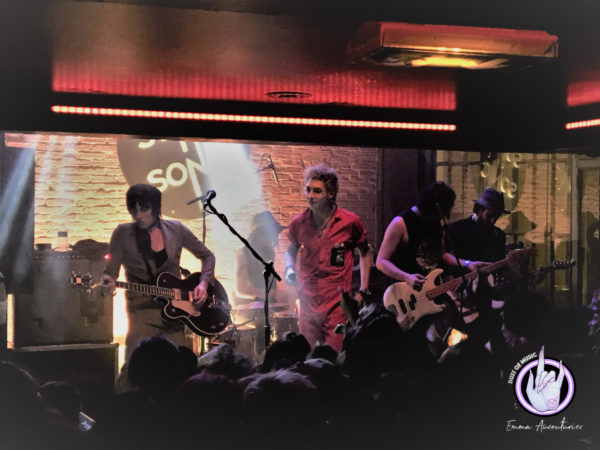 A few hours before the release of the second part of their album Boom Boom Room Side B, American musicians enchants their many fans who came to cheer them for their first French date ever. Having a strong interest for our cherished country, the brothers lend themselves into some interventions in French including Emerson whose artistic soul took him a few months ago to Mont Saint-Michel in Normandy. In addition, some French allusions are generally made in their music, like the song Ma Cherie which is one of their flagship titles.

Accompanied by two musicians,the trio perform their hits. We go through tunes like Get Higher or Mr. Doctor Man that make the audience agreeing, to tunes from the second part of the Boom Boom Room Side A album, Boom Boom Room Side B, like the very rhythmic You’ll Be Fine or their recent single Teenage Heartbreak Queen. The overflowing energy of frontman Remington Kropp, with his powerful and hoarse voice, is communicative and he does not hesitate to come singing closer to the crowd. This can only please the fans gathered in the first row. To go further, he will even climb to the terrace above Supersonic stage like a real monkey at the end of the concert.

For a first date on the French court, Palaye Royale was royally welcomed by their faithful community of Soldiers of the Royal Council, and was able to return the favor by offering an instinctive show. They attracted also the most curious ones who were satisfied with their discovery (for having discussed with them). By the way, if you missed them last week, the group announced that they would be back in Paris sometime next year. This is just the beginning of a long love affair with the royal brotherhood!

Setlist
Don’t Feel Quite Right
My Youth Generation
You’ll Be Fine
Get Higher
Masochist
Death Dance
Fuck With My Head
Teenage Heartbreak Queen
Where Is the Boom?
Ma Chérie
All My Friends
Teenagers (My Chemical Romance cover)
Mr. Doctor Man
Wasted
How Do You Do?
Warhol