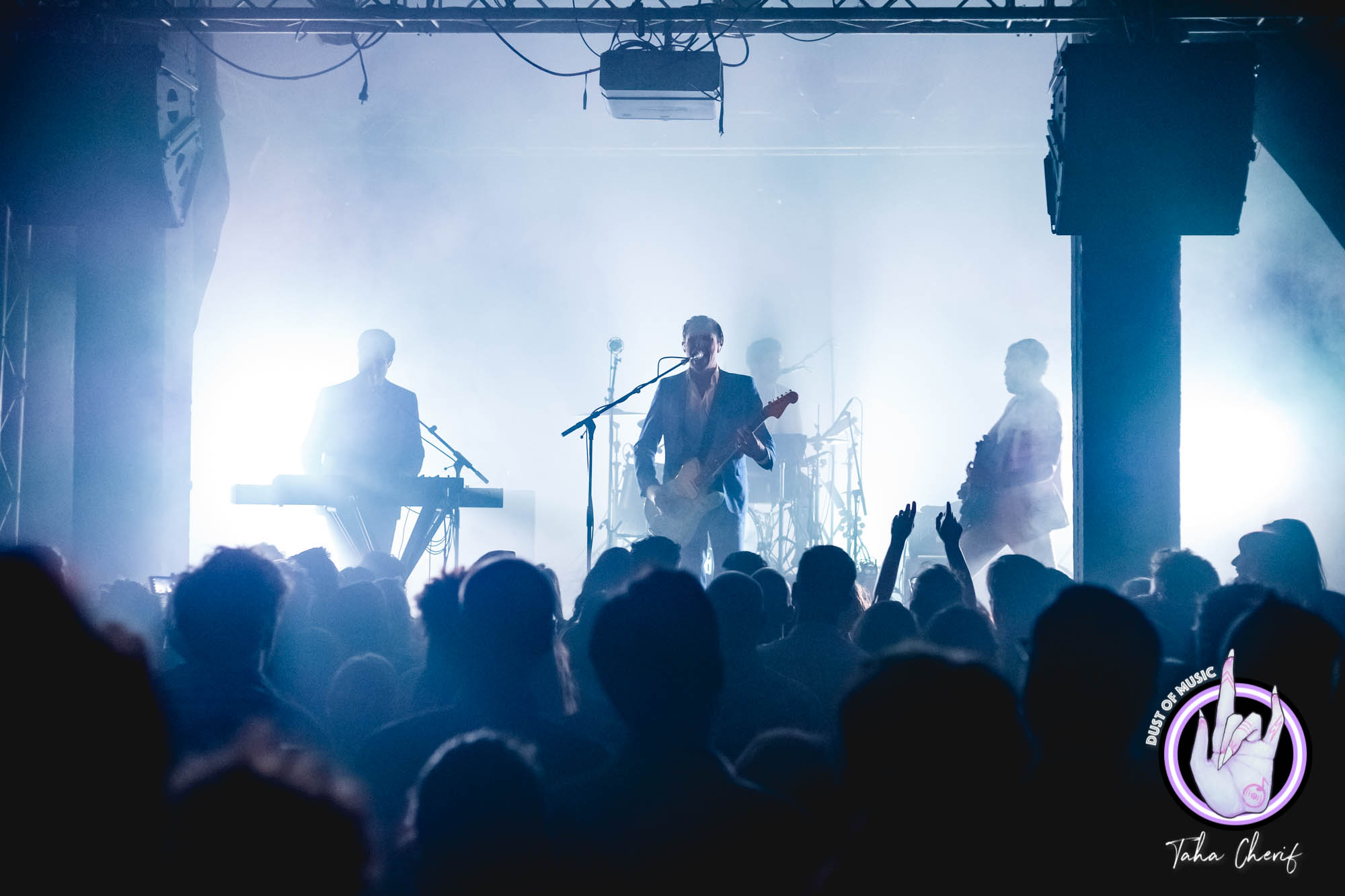 Today on Dust of Music, we take you to Mini Mansions‘ concert at Point Ephémère in Paris. After 3 years of absence, the trio returns with a new EP!

Before touring with Arctic Monkeys this month, all-star band Mini Mansions composed of Zach Dawes, Tyler Parkford and Michael Shuman were in Paris to promote their new EP after a three-year absence, Works Every Time. Indeed, many things happened for the three musicians who worked on their respective projects, including playing keyboards for the monkeys (Tyler), bass for The Last Shadow Puppets (Zach) and again bass in Queens Of The Stone Age (Michael). In spite of their rather dense schedules, they managed to lay a new EP 3 years after the release of their very good second album, The Great Pretenders. Composed of 4 tracks, the EP follows the same dynamic as its predecessor and the psyche-pop music of Mini Mansions is getting more emotional and personal.

The concert begins with the new rock sensation straight from London, Sons of Raphael. Compared to Suicide or Hawkwind for fans of the genre, this atypical duet composed of two brothers Ronnel and Loral Raphael who are respectively 18 and 22, throw a puzzling music influenced by 80s post-punk. Two guitars and a drum machine are enough for the brothers who show a flawless charisma and panache on stage. Acclaimed at the Printemps de Bourges festival, Sons of Raphael seems to have a bright future ahead. 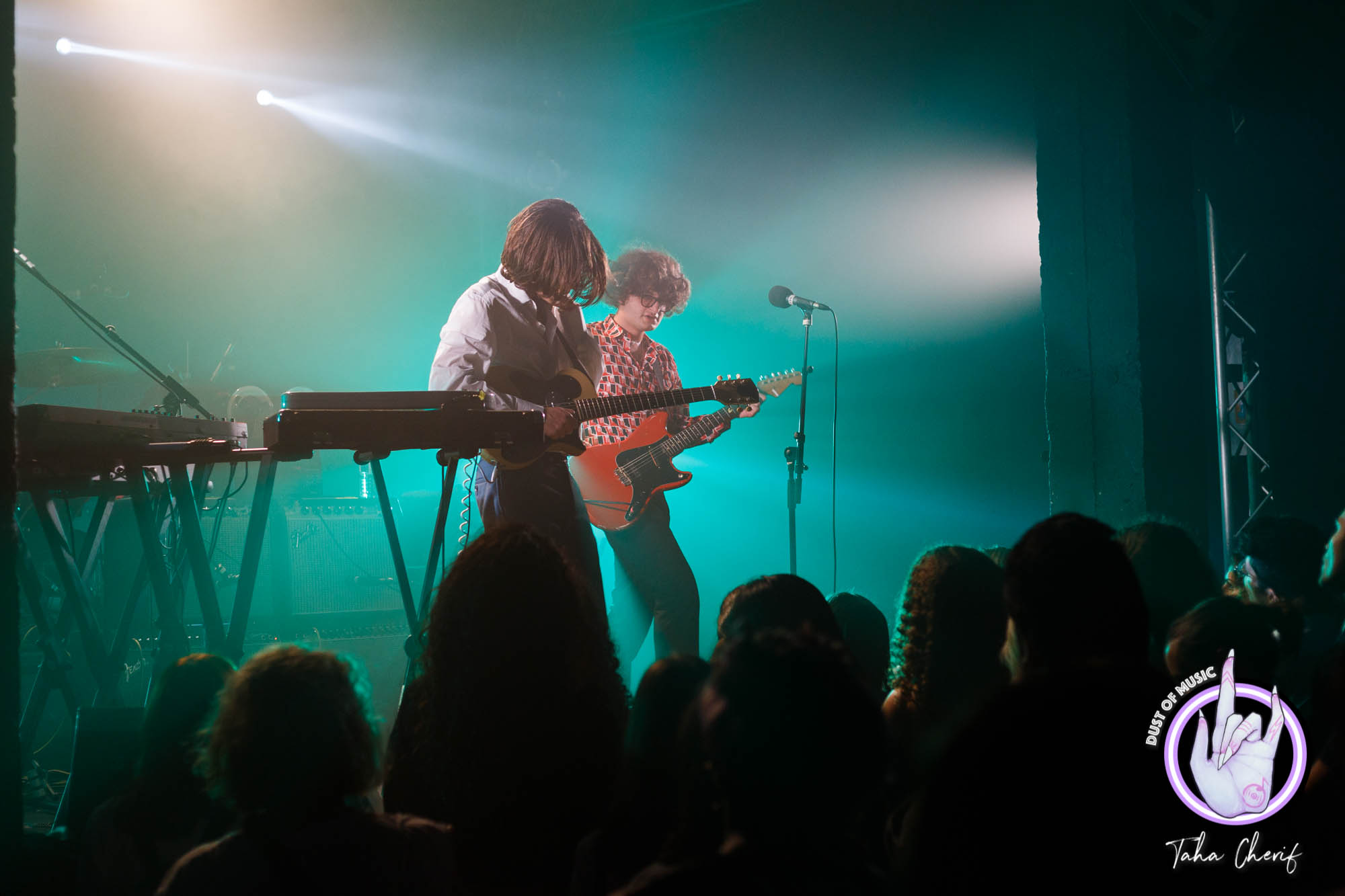 Mini Mansions follow on stage. Accompanied by Dash Hutton, former drummer of one of Michael Shuman‘s bands, Wires On Fire, the trio arrives. Dressed in colorful costumes, all musicians make us think of new crooners. Tyler, in a dark suit, stands behind his synthesizer while Zach in pale pink and Michael in bright blue catch their instruments. The tunes Freakout! and Death Is A Girl, from The Great Pretenders, open the set in front of an audience that seems to know the lyrics by heart.

With 5 first songs from their second album, the band seems to wanna reconnect with the Parisian public after their support at Royal Blood‘s gig at l’Olympia in 2015 but especially after the cancellation of their headliner concert at Le Bataclan, expected shortly after the attacks. With a setlist composed of both tunes from their new EP and second album, the trio wants to make up with the audience that seems very receptive to the formation’s setlist. 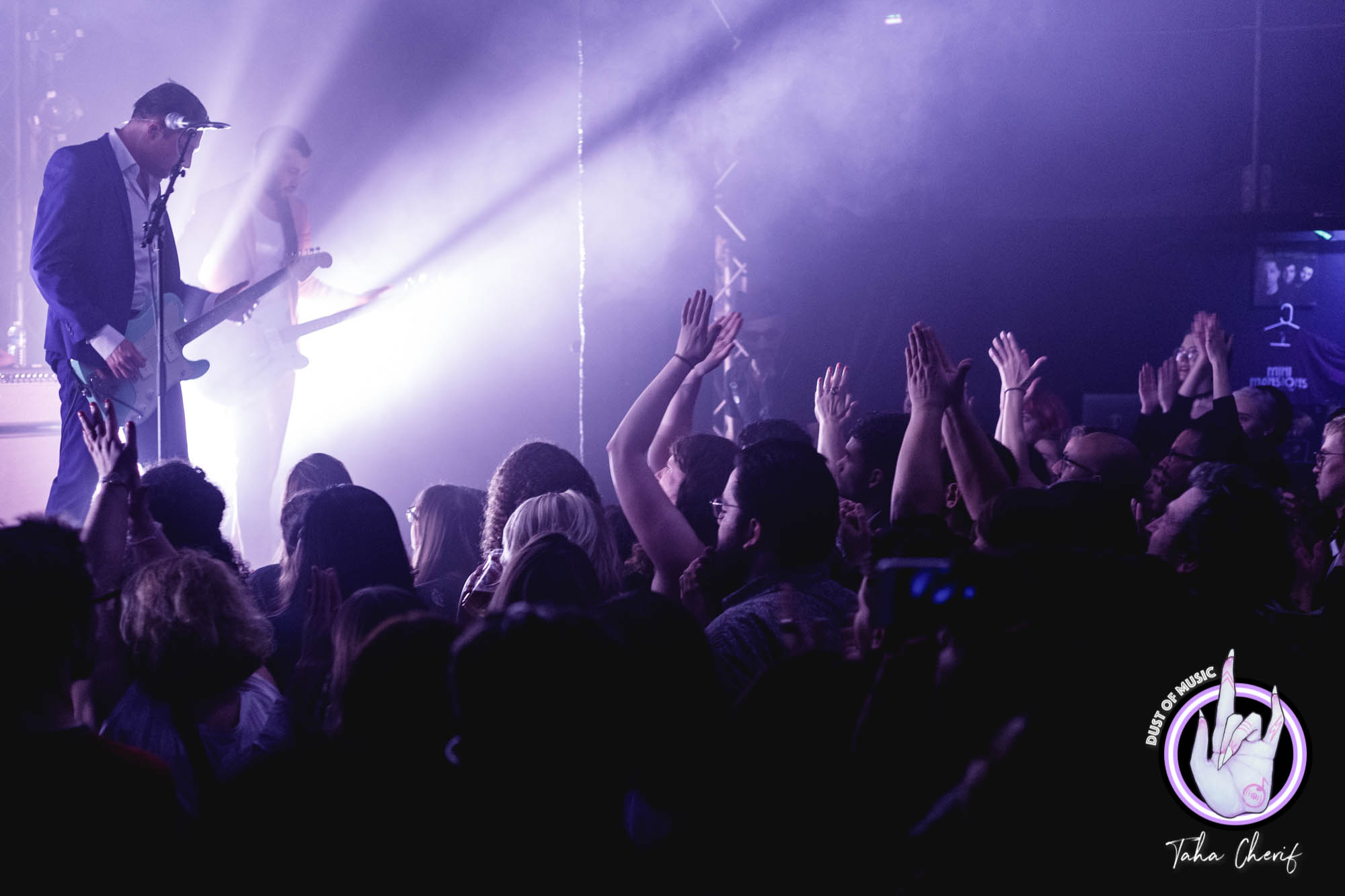 The first song coming from the new EP is coming out, Midnight In Tokyo, whose clip is out today (see at the end of article). The sweet voice of Michael Shuman, who turns out to be a very good singer, makes Edwyn Collins seem more mysterious. Moreover, it is no coincidence that the trio have covered A Girl Like You from Scottish artist with Mike Kerr (Royal Blood) in the new EP. Unfortunately, this excellent tune will not be at the rendez-vous for this gig.

One of their greatest tunes comes Vertigo, which is a collaboration with Alex Turner, Arctic Monkeys‘ leader. The audience is hoping for a surprise, but it is Michael who will sing his verse. Slightly frustrating when we learn that the next day Alex burst into Miles Kane‘s gig at La Cigale to interpret their song Standing Next To Me… 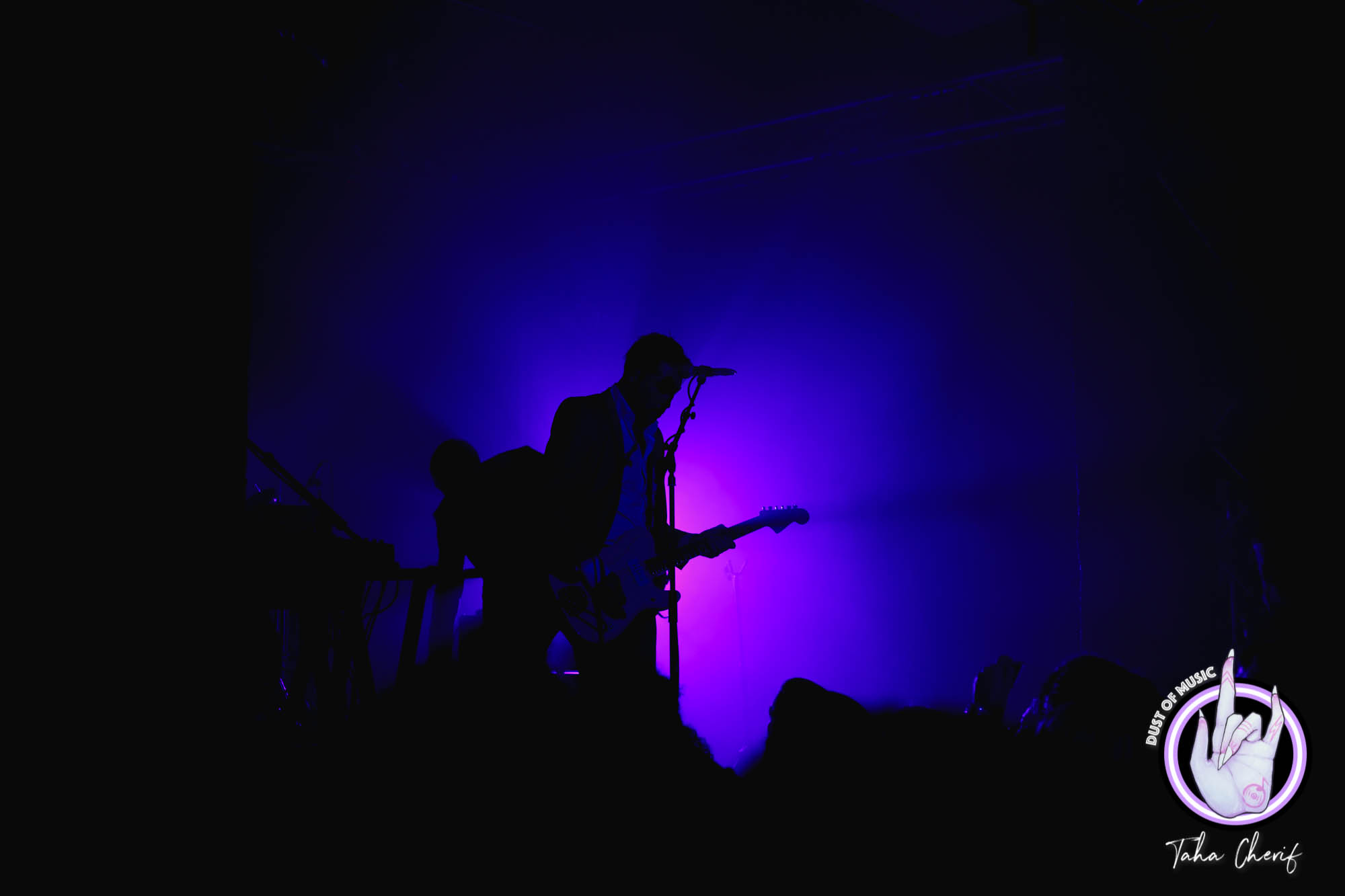 Nevertheless, no need of Turner for Los Angeles based musicians who are very effective. We can only thank the Lord for putting them together to form such a band! We are in front of outstanding artists, humble and friendly (for having interviewed them a little earlier, ed) and their accessibility is amazing. They’re people like us. Michael, Tyler and Zach have fun playing the setlist’s songs and continue to discover the new EP with the eponym single Works Every Time, a love tune but not silly with a 80s pop-electro melody that makes you think of Nightcall by Kavinsky.

After an hour of concert, the trio leaves the stage with their song Mirror Mountain. The public is calling for an encore with enthusiasm but this one will not happen. Sober and professional, Mini Mansions have offered a Parisian come back gig to as high as expected. We faced a band that is not just about Michael from Queens Of The Stone Age, Tyler and Zach respectively musicians for Arctic Monkeys and The Last Shadow Puppets. The band itself Mini Mansions has real headlining potential in its own right and we sincerely hope that other records will be released.

You can discover the Midnight In Tokyo music video released today below: