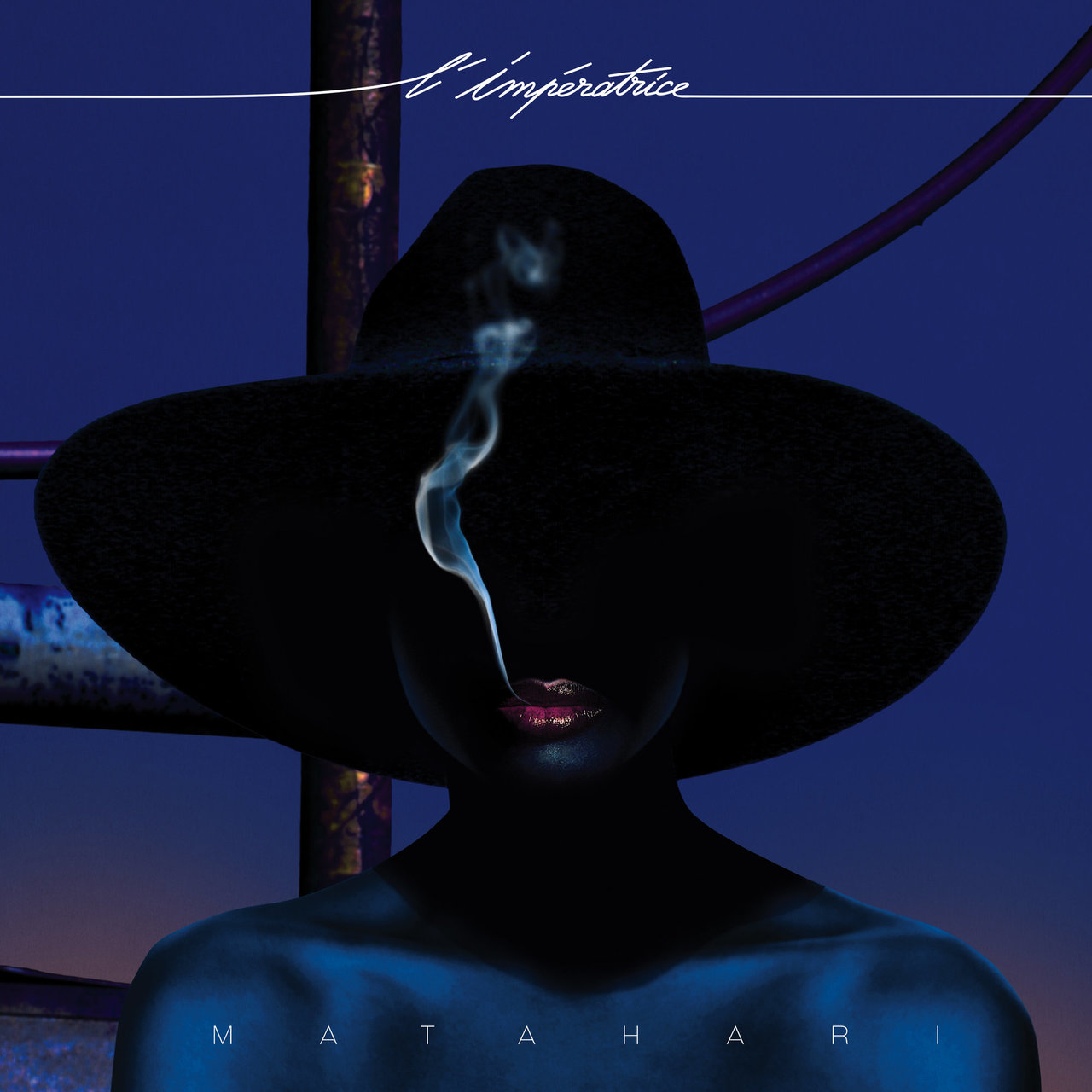 Matahari from L’Impératrice, they came to conquer6 min de lecture

If you still haven’t heard of L’Impératrice, you’re missing out on a lot. After having many successful singles, they have just released their first album, Matahari. A stellar gem, worth paying close attention to.

L‘Impératrice have a distinct sound, mixing pop, indie and disco, and they aren’t any amateurs. Being actually are pretty well-known on the indie stage, they have built for themselves an ever-growing reputation, based on their distinctive touch, and releasing solid singles one after another. Agitations Tropicales, Sonate Pacifique, Vanille Fraise… The list goes on, each one of them having millions of views on YouTube, and giving the French group an influences that grows across borders.

But the group’s existence isn’t restricted to the internet exclusively. They have been on the road for quite a while and have visited countless countries, while always working on their visibility, notably by collaborating with Isaac Delusion on their track Dreaming of You. They have been restless, and their music brings a wind on freshness, more than welcome at the beginning of this summer. Supported by a delicate, soft and quite retro aesthetic, L’Impératrice‘s music had to be brought to the next level. And what addition felt more natural to this ever-growing reputation? An album.

Mata Hari. Child, woman, dancer, courtesan, prostitute and spy… A strong woman with a plethora of facets that never ceased to amaze, to raise question, and to question things. Mata Hari is a figure of the early XXth century that inspires. Eye of the Sun, it seemed all the more natural for L’Impératrice to pay homage to this icon for their first LP. Matahari, the album, is a long-awaited first step for the group on the big stage.

Matahari is the pinnacle of L’Impératrice. It also is this fresh, inventive and light album that we terribly missed. An ode to travelling, what we needed a few moments before the summer. Opening this new opus is Là-Haut. From the synthesizers to the bass, the  drum machine and the echos, the global mood of the album invites to deconnexion. The spatialisation, always on point, makes us dive into an universe that almost seems lunar. Across between synthwave and pop, Là-Haut is the announcement before the take-off.

Some classics, and some novelties

L‘Impératrice had already some hit songs, and didn’t need to completely look over them to create a great album. Erreur 404 leads the way. Already released before the album, the track has its own video, and aesthetics. It is an invitation into an universe where love isn’t anything less than a rapid consumption, or a proof of respect. Following are some new tracks. « Bon voyage, imbécile. »

Matahari is an album where music and lyrics are put on an equal footing. The eponymous title follows, and invites us to dance. We dive into this cyclic melody, as it seems that we are thrown into the 1980s. The texts’ sole purpose is to put an extra coating on a track that would suffice to itself, and draws us into this jovial universe, where paste, rotating mirror balls, extra large coats and broad shoulder pads all sway around us. Remixed and extended, Matahari (Le retour) is there for all those asking for more, and who don’t plan on stopping dancing.

An ode to travelling

Part dream, part nightmare, Paris inspires. For the story that is attached to it, for the loves and souvenirs that we maybe have linked to it. More than a muse, Paris is this multicolour city that L’Impératrice adores. A calm track, that within itself embodies the album. A succession of dancing tracks, declarations and dreams, the way we like it. This album is not only a time travel, but also in space, with influences that are extraordinary diverse, and sonorities that seem coming from a solar elsewhere.

There are no mirages without evasion. Vacances is, to me, one of the highlights of this album. The lyrics marry perfectly the rhythms, as we can only dream of escaping, and disappearing into a sunny land. An evasion that we would like to see last always longer, as the percussions seem to be the drums of a place where the ocean’s foam caresses us slowly, facing an infinity of blue peace. A reinvigorating track that we play again and again.

Space is also a predominant theme on this album. Ma Starlight is one of those tracks whose rhythms stick in your head, having absolute retro influences, and lyrics inspired by video games. « T’es mon Space Invader… » Ultimately, a special mention to  Balade Fantôme. A fantasist track, that came of outer space. L’Impératrice signs here an absolutely superb track, that lies somewhere between narration and poetry. The rhythms, always true to the band’s style, with some disco hues that echo to the clichés we would have about extra-terrestrial communication, come straight out of sci-fi movies, as the lyrics provoke in us a sweet mix of anxiety and a soft quietude.

Nonetheless, qualifying the album as a succession of dance tracks, with diverse influences and a nu-disco hand would be a mistake at best, and a derogatory behaviour at worst. And that in many respects. First and foremost, and that is probably a personal reading that I do of the lyrics, I think that there is a particular underlying sensitivity to this album. Erreur 404 reflects such a strong personality, but so do some other tracks, such as the fantasist Dreaming of You, and Masques, that one could believe to be inspired by a timeless Lolita, victim of her own whims. At last, Entre-deux is the ballad that we expected, as we are so accustomed of this scheme.

But then, be it voluntarily, or a tendency of mine, I read in this album a strong demand of autonomy, and of a sexuality that one would want unapologetic. A thought one could also see in the visuals L’Impératrice produces, where multiple interpretation are made possible, at various places. I invite you to have a glance at the material they produce, and make your own mind about it.

L‘Impératrice signs with Matahari an exquisite first album that puts back in the spotlight, thanks to an intelligent reworking, some music styles that we thought were on the verge of disappearing. With multiple sold-out concerts, and some already announced for 2019, I can only recommend you to follow them, and to listen to this album that hasn’t left my earphones since its release.

A pop, disco, independent, hybrid and sensitive album that is surely a landmark in the beginning of this year 2018, and that is already one of my favourites.