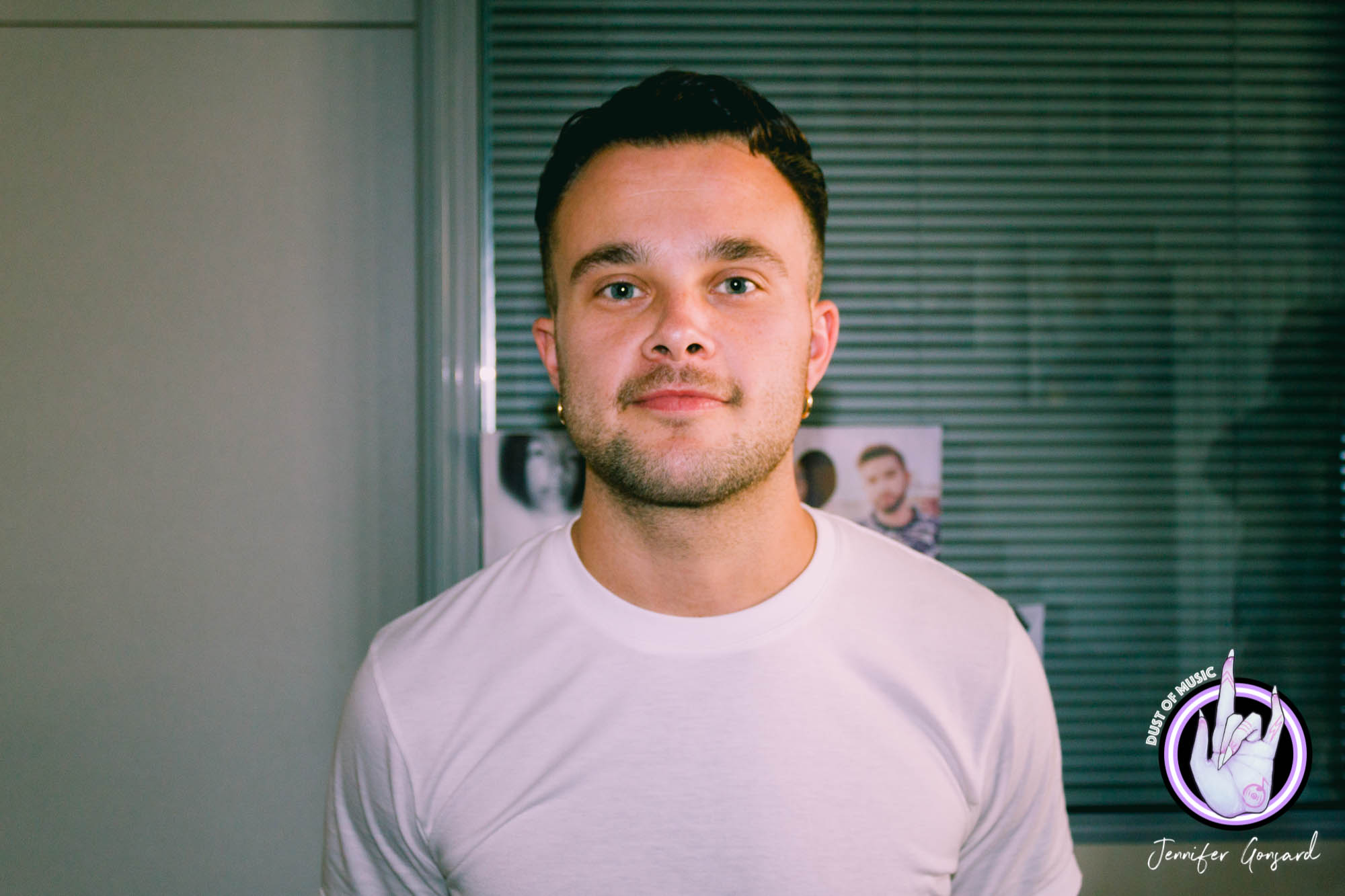 Last week, British band Slaves was visiting our capital to promote their third album Acts of Fear And Love. I had the chance to talk with Isaac Holman, singer and drummer of the punk duo. Admiring Slaves since their beginning, it was a real honour to ask musical questions but also more personal ones to learn more about them and their vision of music, as well as the world, in a general way.

Truth be told, for this first interview, the stress was indeed present. I finally dared, after many years, to meet artists that I admire, in a professional way. Something I refused for totally idiotic reasons. I want to thank all the people who helped me, in every way, to make this interview go as smoothly as possible. I hope you enjoy the final work, and hope that this first time is just the beginning of a long and beautiful story.

Jennifer: Congratulations on your new record! We ourselves are fans of Slaves‘ music, so it’s a pleasure to meet you!

Isaac: Thank you very much!

Jennifer: To begin with, your last concert in France was at the Download Festival, and the previous one was at Rock en Seine two years before. A lot has happened over the past years, including the new record. Can you feel that the crowds you play for know more about your music and what your message is, and do you feel that when you are on stage?

Isaac: Yes, we did! The crowds know much more about us than before. At the Download, it was full, people came to see us specifically. It felt truly unique, specially as we were abroad, and that meant that we are getting somewhere, you know.

Jennifer: How have the audience reacted to the new album?

Jennifer: We actually have a question about Cut and Run! I loved the promotion you did with Cut and Run. Including the fans interaction was nice. [By the way, you’re a better dancer than I am!] You simulated some fake auditions, as if you were looking for a new drummer, which was very creative! Where did the idea and concept come from?

Isaac: As we were brainstorming for the Cut and Run video, we had just released the Chokehold video. While we were talking with our director, Laurie just proposed that we carry on from the last video. In that video, I had left the band to pursue my dream and become a dancer, and Laurie needed a new drummer. It was just a random thought, even maybe a stupid idea, that somehow ended up becoming something, which is often the way with us!

Jennifer: The fans freaked out, as they thought it was happening seriously!

Isaac: I was actually surprised at how many people believed that was true! I guess it really depends on where people are from, and what their understanding of our humour is! But that is how we are!

Jennifer: That’s true! Is there an artist you would have liked to collaborate with?

Isaac: We had decided to do this album, and we still were in the early stages. We had an appointment with the management and label, where they were throwing out names of producers of people we should work with. And then Jolyon‘s name came up, but we had never thought we would work with him again. At that moment, I turned around to Laurie and said that I would really like to meet and work with him again. So we did! We went to a little session, and ended up recording two tunes in two days, and the magic was just there!

Jennifer: I must imagine that the process felt natural?

Isaac: Everything happened very naturally, and we have been very thorough with the process. It took quite a long time, but it was well spent.

Jennifer: We have lots of questions! Regarding the themes of your records, we have noticed that the first two albums were, so to say, political. Whereas now, you have shifted directions and are talking more about more natural, human emotions and things. Love, fear… That echoes to the name of the album, Acts of Fear and Love. What inspired you in this record?

Isaac: I think that, in the position we are in, where there is constantly light on you, there are many emotions that come up. The title, Acts of Fear and Love comes from the times when I was at college. A teacher told me, and I still don’t know why, that things are acts of fear and love. I kept that phrase in my head for ages. I was in practice with Laurie, I said those lines to him and he answered that that was the name of the album. I feel like a lot of the songs came from that.

Jennifer: It actually is the first time that we see your face on the cover of your album, which are usually drawn by Laurie. We can also hear you sing more on this album than on the previous ones. Can we say that you have taken confidence in yourself?

Isaac: Yes! Indeed, it is a mix of confidence, and not hiding behind anything any more. It is just about being honest, laying everything there, being open. It felt like a good time to put ourselves on the artwork.

Jennifer: Regarding the visual aspect of your art, when one compares your previous music videos with your last ones, including Chokehold for instance, there appears to be more humour in there. Is it an effective way to convey messages to the world, and I can see that you use humour on social media. Is it important for you to use humour to deliver strong messages?

Isaac: It definitely is, I feel like of our subject matter in our songs are very serious, but then we’re not serious all the time, so I think it’s important to also get that part of our personalities into our work. And then, I think that the music videos are the best place to do it! We love doing music videos, almost as much as doing music! It’s just so fun, there is so much to work with, you can just be stupid out there, include that part of your personality and behaviour, and it becomes a reality. It’s really satisfying.

Jennifer: Speaking of serious matters, you’ve been involved in important causes, specially at the NME Awards last year, by participating in the Choose Love movement, which helps refugees. You were accompanied by other British artists, and it is important to have an open discussion through music. I would like to have your point of view on the current situation, be it in France or the United Kingdom.

Isaac: I think we need to sort it out. I keep saying this stuff: rather than people being so divided by having divergent opinions, if only we could sit and have a discussion with each other, a lot could be sorted out. I feel like human beings just have to be kind to each other, and a lot of people seem to have forgotten that we are all human beings. I hate the whole lock-down at borders situation.

Jennifer: Music can also be a positive thing. Do you have any guilty pleasure, when it comes to songs?

Isaac: I don’t have any guilty pleasure, I just like it! I don’t feel guilty about liking any music!

Jennifer: You have a song called Magnolia, in which you state that 65% of the people have a magnolia wall at their house. Could you tell us a little more about that?

Isaac: Actually, in that song, we are not talking about a wall covered with magnolia flowers, but we talk about the colour magnolia. It’s a kind of white, which a lot of people paint their walls in. But a lot of people get confused about that!

Jennifer: Well, it’s clear now! Thank you very much for your time, and wish you all the best! 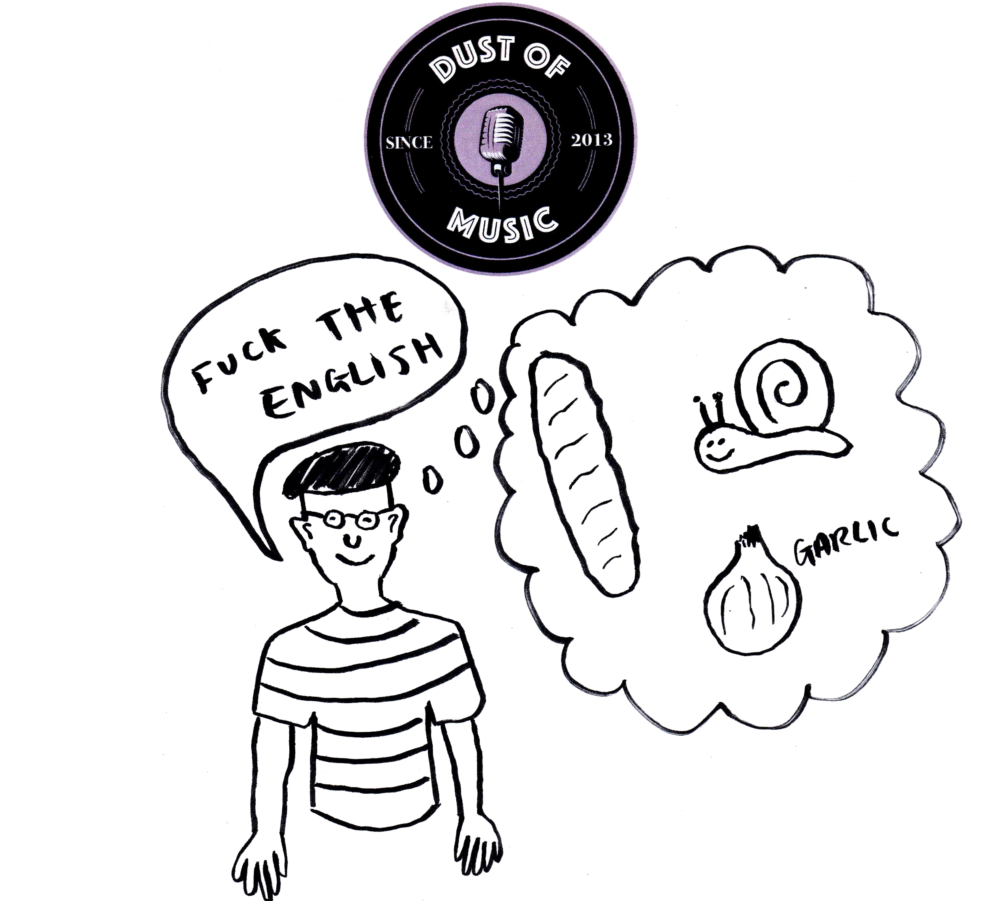 On a side note, the room in which we were was full of posters, pictures and collages of French singer Kendji Girac, created by fans. Isaac asked me who this guy posted everywhere is, and what kind of music he does. I told him that he is one of the winners of the French version of the program The Voice and that his music has gypsy pop influences. I will keep his reaction to myself, but I can tell you that we had a good laugh!