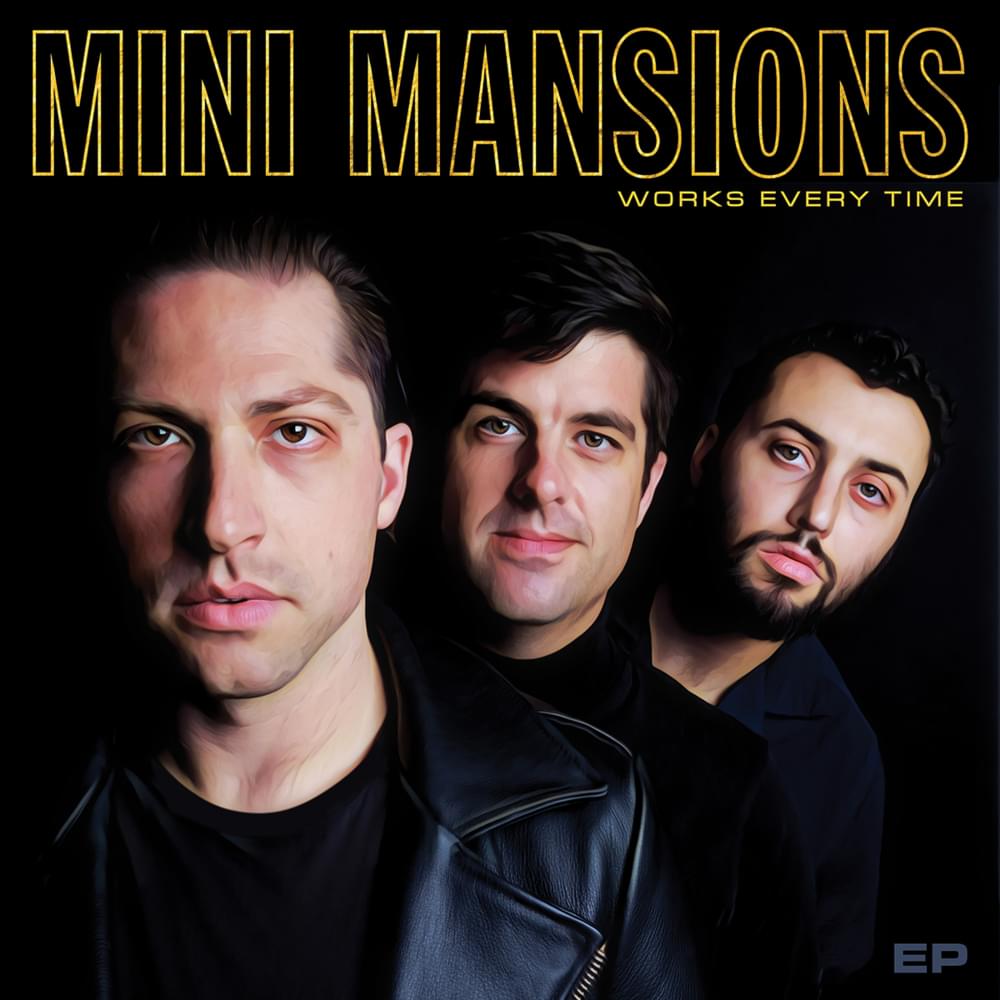 Interview with Mini Mansions: the art of coming together8 min de lecture

The trio Mini Mansions was in Paris recently to promote their latest opus, Works Every Time. A musical comeback that was long awaited for a group that had to juggle tours, creativity and multiple identities.

Arriving at the Point Éphémère

Today, we were expected at the Point Éphémère, to meet the trio. The sun is shining, the birds are singing, lovers are hugging… And here I am, having a cold. But that does not matter, the duty is calling! Emma and I meet accordingly, and wait patiently, while enjoying these lasts rays of sun.

After clearing a few formalities, I learn that we are about to meet two of the three members. Michael Schuman and Tyler Parkford will eventually be answering our questions for the next twenty minutes. Although they already have been giving interviews for what seems to be hours, they keep smiling and seem happy to discuss their latest opus with us. We shake hands and take place around a table, in the middle of an exhibition where the bass is filling our ears, and where colours are overwhelmingly present. Facing a terrace, I can’t help but notice that the crowd is getting bigger, and as a result, so is the smoke above their heads.

Emma and I lay down, with as much precaution as we can, the drawing and colouring tools we have brought. Michael raises an eyebrow. “I’m a terrible artist”. But it’s a bright-eyed and happy Tyler who grabs immediately a pen. I start recording, praying that the sound will be audible in the end.

Emma: Congratulations on your new EP! We loved it, at Dust of Music, it felt great to have you three back with a disc from Mini Mansions. Lots of things happened to you, individually, during that span. You’ve worked with Arctic Monkeys, Queens of the Stone Age, etc… [Michael whispers “Never heard of them”] How does it feel to be back all three together?

Tyler: It feels great. We miss each other a lot, and it feels very good. It’s très magnifique!

Taha: You’ve just released Works Every Time. [Michael: It’s pretty good, huh?] You’ve stated that it’s a good way for you to come back into the recording music process, by not releasing a full-length album. Do you plan on doing so, sooner or later?

Taha: Amazing! And you’ve been, as said before, playing in different projects. How do you find the time to balance everything out, being respectively a drummer and a bassist, and being able to create something for the Mini Mansions project?

Michael: Ugh… Actually, you don’t fit it in your schedule anywhere. You just shove it in there. When you’re in our shoes, I think the biggest issue is that when you’re watching the calendar, there’s no free spot. There are no days off, so you just find time over your free time and shove it there. This is what it takes: you sacrifice this free time, whether it is time that you use for friends or family, to pursue what ultimately makes me feel the best, which is making music. So it’s very hard, and it can take a toll on you and on relationships, but it is what ultimately makes me happy, being in the studio, being on stage and touring.

Emma: So do you do a lot of Skype sessions?

Tyler: We actually haven’t taken advantage of that technology as much as we should have! We just text, have you heard of group texts?

Michael: With all the modern technology, we don’t really don’t do that!

Emma: Then how do you meet, and how did you come together, during that time?

Tyler: We started this band at a time where we were freed from any occupation. Now, things have changed, and we have since then been used to working in that kind of circumstances. We don’t want to compromise, or release a product people, and we, wouldn’t be proud of. We don’t compensate, or take away quality because of the time we don’t have. When we’re in the creative process, we have to harness that energy and the free time we have, to come up with something that is more efficient. We focus on the music, work separately and come together to make sweet music!

Emma: As you’ve been working with different bands, new ideas must emerge in each of your minds. Was it hard for you three to find a common voice and sound?

Tyler: Big time! A big part of this EP was that. There was a point where we realized that we had problems. How to exist, how to maintain this relationship? We’re all friends. It can’t just exist in our minds, and that we every so often jump into it. It’s always been a band, that’s our baby. There was a point where we had to decide how to create something that breathes new life, and that gets us in the zone.

Michael: It’s always been so! Tyler and I, in the past and now, have been writing separately. The difference is, someone used to have an idea, or even a song in mind, and gathered the whole band to reconstruct a song around one tiny part of a song. Now, the process has changed. We have an idea that we present to the group and do all the arrangements together. Working this way has really helped us, because we’ve been able to chose the best material, and our work sessions are much more focused now. Then, lyrically, it all comes from one place, so it feels whole, and generally better.

Emma: And is it true that during the writing of the record that you played a lot on the piano, and on new instruments? How did you feel, experimenting?

Michael: I think we wrote more on separate instruments, and to be honest we’ve both always written on the piano and the guitar. Even on the first album, [Tyler] played a lot on the guitar. When we’re in the studio, we all play all everything. If someone has an idea, they just have to play it, work it, and if it doesn’t sound well, then we take a look at it. But if someone has an inspiration, then we encourage them to go with it. The worst that could happen is someone saying “Meh”. But editing is part of the process. So we put all of our ideas out there, and come back later on it.

Taha: I grew up in a household where there was a lot of 80s music, including Electronic Light Orchestra. And listening to your previous album, I felt like I was listening to them. I have also noticed that you have changed directions, having more airy, naive, love-oriented texts on your records. So I was wondering what your main inspirations were, musically speaking?

Michael: To me, I think the main inspiration has been the band Shellac, with Steve Albini. He had two bands, the other one Big Black. The first one felt very raw, almost organic, and had one of the most natural sounds I had heard. On the other hand, he also had a band called Big Black, which introduced a drum machine, although remaining true to their genre, and to his style. With this new EP, Works Every Time, it’s a comparable evolution. Experimenting has always been part of the process, and adding, playing with instruments can change things a lot. I think putting out the exact same sound is boring, either to me or to the listener.

Tyler: Guitar was a big deal too. Switching from the drums and sitting to play something on the guitar truly changes the way you perceive your writing skills, and abilities. I think this EP has a way more open, honest sound. The Great Pretenders had this strange maze about it, playing along psychedelic influences and tapping the subconscious, whereas we try to provide a different spectrum of sounds and emotions. It has always come from a deep, personal place for us, but this time we try to address things more directly.

Emma: The Great Pretenders was indeed more emotional. Some songwriters and artists go through turmoil in their personal life, but don’t necessarily reflect that in their craft. How ward is it, to open up, as an artist?

Michael: I’ll speak about what I feel, not in the name of the group. On our first record, which I would describe as more pop, I was pretty distant, during the writing process. It was almost vague. Now, if I may say, I give less fucks than I used to give before. So, opening up, as an artist, is putting yourself into a state of vulnerability. It is about taking pride in what you feel, and putting it out there, while still remaining punk. [Tyler: You’re still a punk, dude!] It is about being an adult, comfortable in your own skin, and I think that reflects the way my vision has shifted.

Emma: On a lighter tone, are there any bands or artists you listen to currently?

Tyler: Insecure Man! They’re really good. One of the guys is from Fat White Family. It’s a very relaxing but subversive sound.

Emma: And any guilty pleasure song?

Tyler: You’ve lost me, you realise this isn’t how it normally works, right? I don’t have two brains… Pretty much any Smash or early Cake song.

Taha: Finally, how are the audiences reacting to the new EP? And do you convert them into fans?

Michael: It’s terrible. No, honestly, the shows, and specifically the ones we open for Arctic Monkeys, have been the best shows we’ve played. And regarding them turning into fans, I don’t really know, we’ll see when we get back on tour in the U.S.!

Taha & Emma: Thank you for answering our questions, and have a great time tonight! 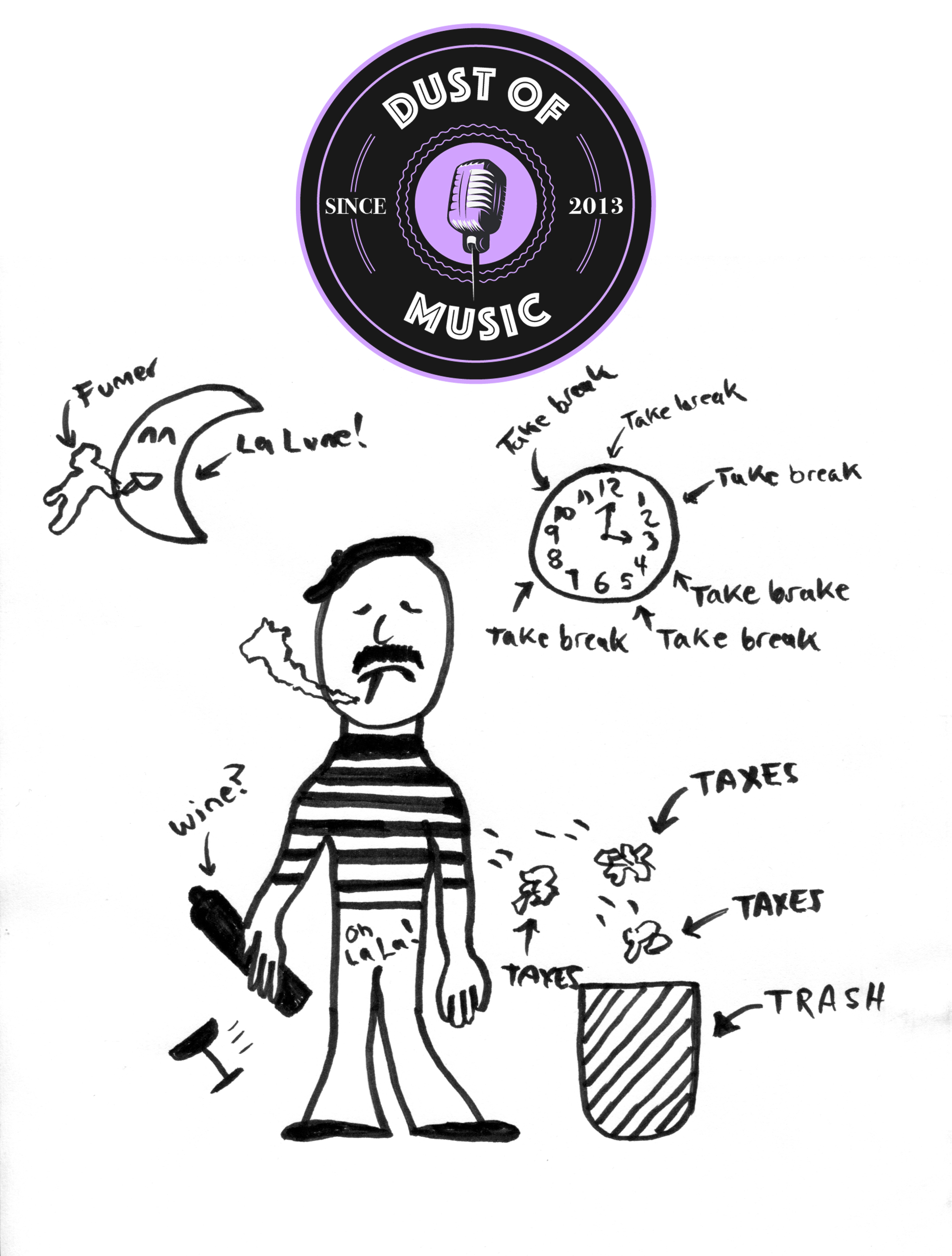