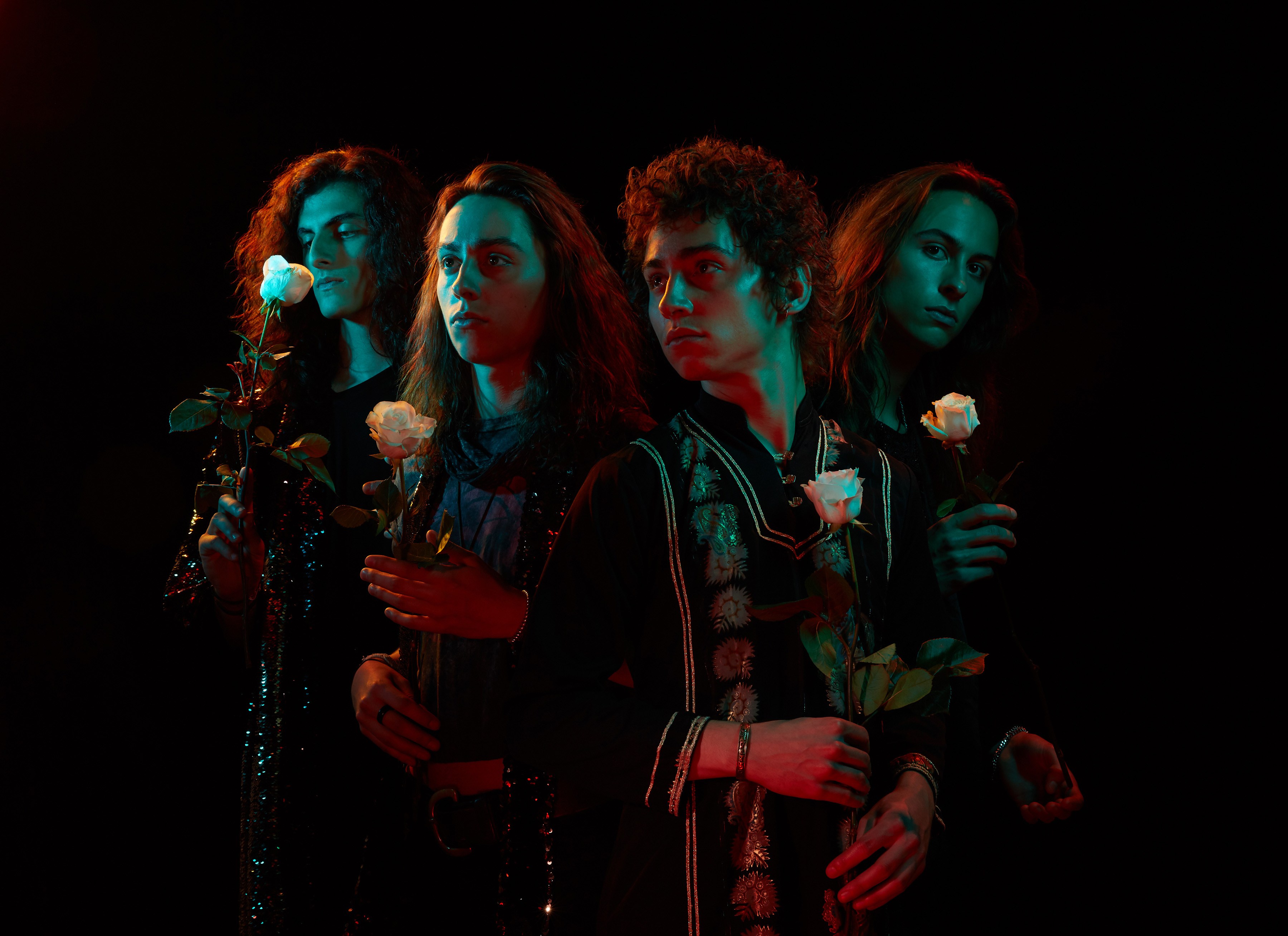 Greta Van Fleet : an inviting first record that teases the best is yet to come!4 min de lecture

The first album of new rock sensation Greta Van Fleet, Anthem Of The Peaceful Army was released last Friday. The band is performing tonight at l’Elysee Montmartre in Paris for a sold out concert, but to console you, we are talking about their highly anticipated opus on Dust of Music! 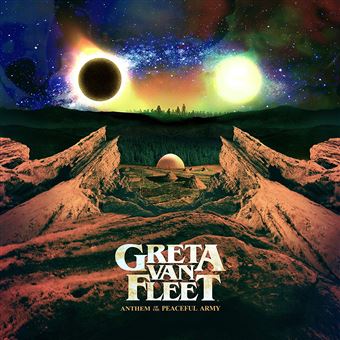 Their name is on every rock n ‘roll fan’s lips. But who is behind Greta Van Fleet, the 70’s rock revival band that follows the lineage of Led Zeppelin? Formed in Frankenmuth, Michigan in 2012, the band is composed of the brotherly triad Kiszka with Joshua, Samuel and Jacob respectively on vocals, bass and guitar. Kyle Kauck takes charge of the drums at the time and the band records three tracks Cloud Train, Standing On and Highway Tune which has become one of their flagship titles. A year later, Kyle leaves the group to make room for the current drummer, Danny Wagner. After two EPs released in 2017, Black Smoke Rising and From The Fires, the band released their first much anticipated studio album, Anthem Of The Peaceful Army. An attractive and pleasant record to the ear with worked instrumentalisations that remain in the lines of rock 70s, but unfortunately not transcendent.

We start with Age Of Man, which is undoubtedly one of the flagship titles of this album. Compared to other songs, this tune is more mystical and progressive and reminds us of Pink Floyd at some time. Josh’s mystical and even esoteric lyrics plunge us into a certain spiritual and collective quest, as an invitation to a journey that will forever change us and maybe that’s what the band is looking for with Anthem Of The Peaceful Army…

However, as stated earlier, this album is not as surprising as it was thought. In fact, it feels like a kind of homage to rock made in 70s. It goes without saying that the inspiration drawn from bands of this era in their music is obvious with tunes such as The Cold Wind, When The Curtain Falls, or a little later Lover, Leaver whose structure, music and rhythm clearly make us think of Led Zeppelin‘s Whole Lotta Love. The musical style is a first point, the second lies in the singular and powerful voice of Josh Kiszka that looks disturbingly liket Robert Plant‘s. His flights prevent us from finding the slightest defect, even if some will say that Josh does too much. But what do you want, he is very good and his talent is undeniable. Nevertheless, it will be interesting to see if his charisma on stage is at the height of the passion felt while listening to him on the album.

Beside the behemoths full of saturated guitars, we will highlight some less lively songs like Watching Over with its beautiful bass line or Brave New World which turns out to be a little darker in the musicality. Finally, the electric guitar is traded against the acoustic in more “simple” tunes like Mountain Of The Sun, The New Day or Anthem. Note the bluesy and honey ballad You’re The One, which will be effective for sessions of kisses by the fire this winter.

Greta Van Fleet delivers a very enjoyable opus that shows the great potential of these young Michigan musicians. Nothing new in the genre because perhaps everything has already been done and provided by airships like Led Zeppelin, which is omnipresent in the music of GVF. But it is necessary to notice the control of the young brothers Kizska in particular Sam (bass) and Jacob (guitar) who have pretty ideas in terms of composition and musicality. Danny Wagner meanwhile, offers us beautiful passages on the drums, but we are far from John Bonham. We can only hope for the future that the band will get more assertive with perhaps a cleaner sound for the next album (hopefully!) with some innovations to bring in the genre. After a record like this, they’re capable of that.

A good 70s rock record for GVF even if it’s not very innovative.

Age Of Man
The Cold Wind
When The Curtain Falls
Watching Over
Lover, Leaver
You’re The One
The New Day
Mountain Of The Sun
Brave New World
Anthem
Lover, Leaver (Taker, Believer)