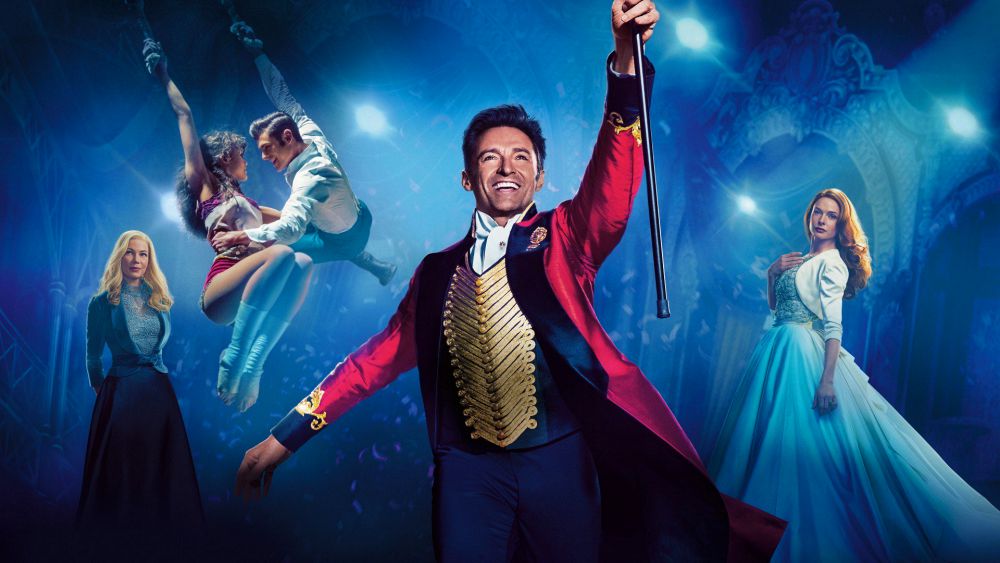 It’s THE musical movie we’ve been waiting for and that will highlight this new year, The Greatest Showman! It is released today in French theaters and get ready to be amazed with this colorful movie! Great performances, a terrific soundtrack, we’ll be talking about it today on Dust of Music.

The Greatest Showman, the true story of Phineas Taylor Barnum

The Greatest Showman tells the story of Phineas Taylor Barnum. In the 1870s, he was an American entrepreneur who created the freak shows and the Barnum Circus (Ringling Bros. and Barnum and Bailey Circus) in 1871. In the movie, Hugh Jackman plays this atypical character who will imagine a spectacular show with extraordinary people and creatures. Among the show’s star performers was Tom Pouce aka the world’s smallest man, Jumbo, giant elephant and singer Jenny Lind, featured in the film as actress Rebecca Ferguson. Also on the cast, Michelle Williams plays Barnum’s wife, Charity, while Zac Efron plays Phillip Carlyle who is the lead character’s partner and singer Zendaya as Anne Wheeler, acrobat and troupe member of the Barnum’s circus.

An epic soundtrack signed by the composers of La La Land

Behind the movie’s wonderful soundtrack are composer John Debney and La Pausek and Pasek and Paul, La La Land’ soundtrackers and multi-award winners, which is not surprising us! We attend a huge celebration with sumptuous and very well orchestrated music. We go through all emotional stages: we sing, we dance, we cry, we laugh. There is some epic with the movie’s greatest hits The Greatest Show or Come Alive, emotion with the beautiful duet between Phineas and his wife Charity, A Million Dreams and the other duet between Zendaya and Zac Efron, Rewrite The Stars. One of my favorite songs is when Phineas tries to attract Philipp in his circus adventure on The Other Side. In addition, the song This Is Me performed by Broadway singer Keala Settle who is playing bearded woman Lettie Lutz in the film, won the Golden Globe award for Best Song. Off-film, this song is an ode to difference and sends a powerful and unforgettable emotion!

Great musical performances by the actors

To sing the movie’s soundtrack titles it has to be the cast obviously. Hugh Jackman has already hit the ditty in other musical movie Les Miserables in 2012 and made a splash at 2009 Academy Awards. It goes without saying that the actor has great skills and offers amazing vocal performances in the film. Also in the lineage, we find the idol of teenagers  Zac Efron, discovered in musical saga High School Musical which marked his debut singer. We are delighted to meet him again in this spectacular musical! Also, Michelle Williams is a nice surprise and impresses especially on the title Tightrope. Always on the female side, singer and model Zendaya is part of the adventure and joins Efron on Rewrite The Stars, mentioned a little earlier. Finally, Rebecca Ferguson who plays the role of the opera singer, is not behind vocal prowess in the song Never Enough but it is The US Voice finalist Loren Allred who stuck to it.

Indeed, The Greatest Showman’s soundtrack was unveiled more than a month before the official release of the film, and it’s definitely a hit! Around the world, it enchants countries and ranks first in many charts. This is a huge accomplishment that must delight the film crew! In any case, you can discover the superb film that is The Greatest Showman as well as its formidable soundtrack which is undoubtedly, one of the best ever made.

Rating: 5/5
Get ready to sing, dance and cry. One of the best soundtracks I’ve heard.