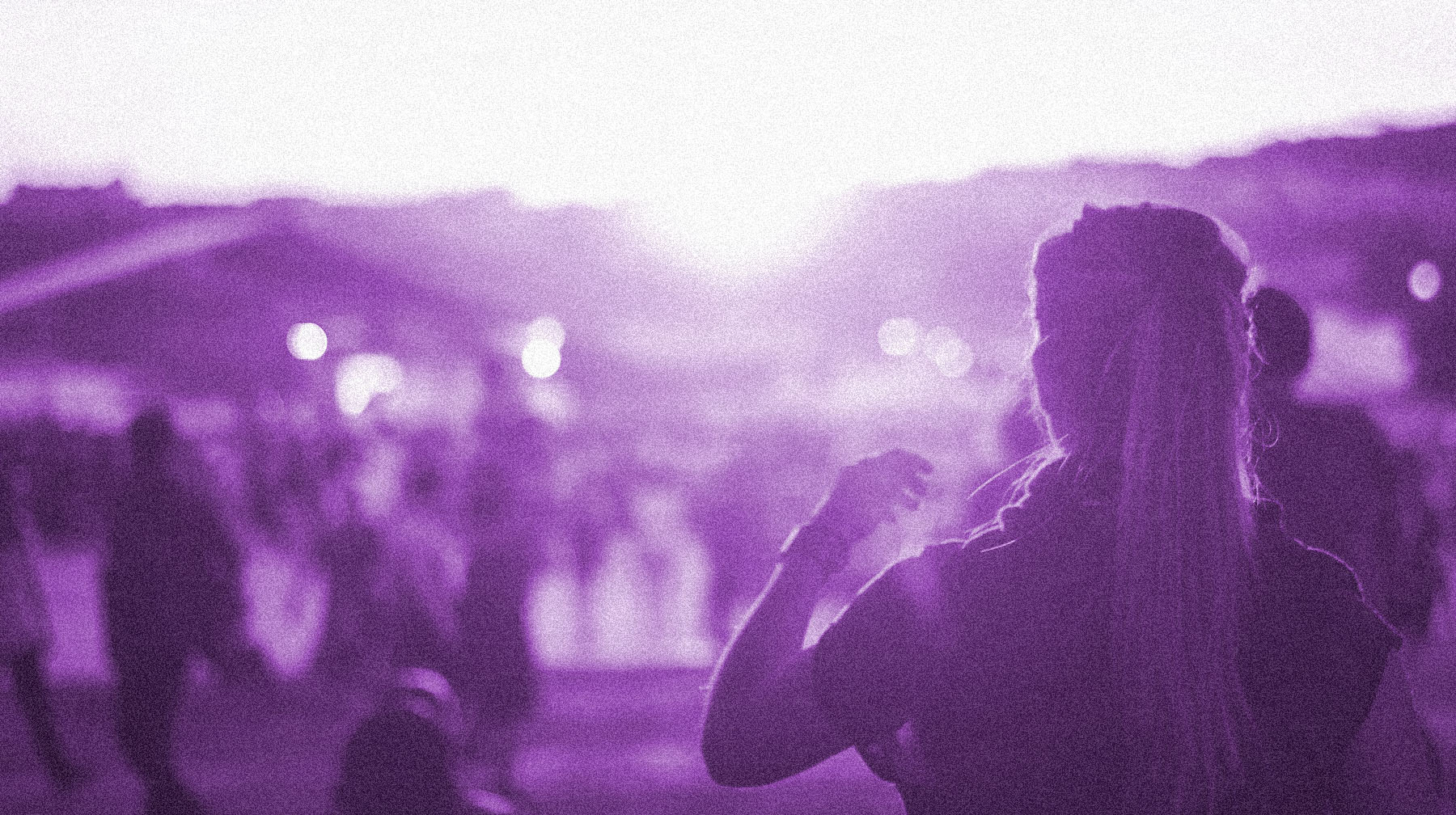 The not to be missed festivals of the summer 2019!5 min de lecture

Festivals’ season begins pretty soon and today on Dust of Music we present you the not to be missed festivals on our beautiful French territory!

In France, we know how to throw big parties and most of all festivals. Nearly 2,000 events happen each year and it’s 1 person out of 7 who come to tread the plains and venues of these major events in the country’s cultural life. Once again, the summer is likely to be very fruitful for French festivals as some of which have put a double burden on their programming! Thus, let’s discover the not to be missed festivals this summer:

It occurs near Caen (North of France) at the Château d’Hérouville (Hérouville’s castle) which happens to be a famous place in the history of music. It shelter a studio which has seen stopping by David Bowie, Elton John, Marvin Gaye or Pink Floyd. The festival has released the heavy artillery with a line up that is eclectic but quite premium with major groups like Tears For Fears, Limp Bizkit, Supreme NTM who will give one of their last concerts together, Gossip, Snow Patrol, Ben Harper & The Innocent Criminals, The Hives, Mogwai, Interpol or the DJ duo Disclosure whom performance will be their one and only in France. There will also be MNNQS, John Butler Trio, Mac DeMarco, Romeo Elvis, The Blaze, Cat Power … 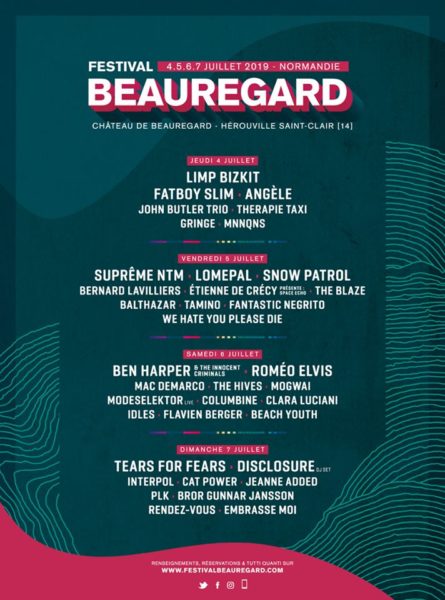 After a little mixed 2018 edition, Rock en Seine has recovered by gathering at the Domaine National de St-Cloud flagship rock bands like The Cure who recently announced a new album, Foals, who aroused the interest of all, as well as English duo Royal Blood who will unleash their punk rock. The new British sensation Jorja Smith will give an exceptional concert in France at the Parisian festival and electro artist Aphex Twin will also make a huge comeback after an original announcement made in the streets of Paris. Also in the line up : Johnny Marr, Eels, Jungle, Bring Me The Horizon, … We’re so excited! 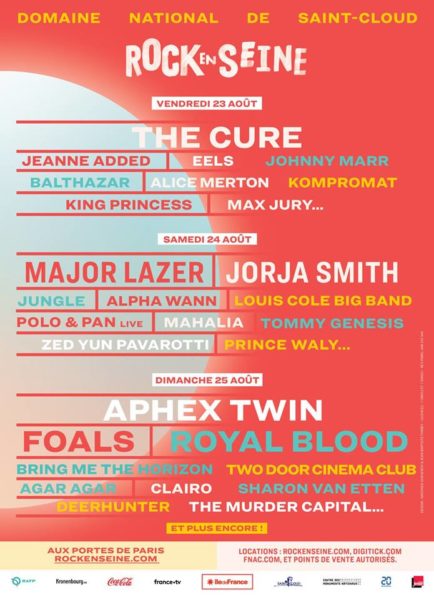 The biggest South West festival returns for a 23rd edition full of expectations. Indeed, the festival which had a cancellation last year due to high temperatures, has planned to catch up with this failure and has reminded the artists scheduled that day! These are Macklemore, Roméo Elvis, Thérapie Taxi or DJ Snake who return the Plaine de la Filhole. Famous DJ Marshmello whose date is exclusive in France joins the line up, also Angèle, Christine & The Queens, Ben Harper & The Innocent Criminals, James Blake, Sum 41, Lomepal, Bigflo & Oli, Paul Kalkbrenner, De La Soul, Clara Luciani, and many others! We will meet in Marmande from June 27th to 30th to live the Garorock experience! 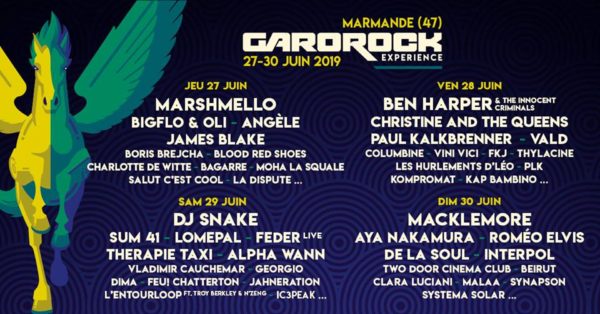 Belfort will shine again with its festival Les Eurockéennes which also brought back beautiful people for its (already!) 31st edition. We will find American electro duo The Chainsmokers whose exceptional date at the festival will be the only in France. Also, American alternative rock band The Smashing Pumpkins will be back and will delight more than one and Guns N’ Roses’ guitarist Slash will play with his project led with Myles Kennedy. Among the list of programmed artists: Supreme NTM, Christine & The Queens, Jain, Stray Cats, Weezer, Nekfeu, Interpol, Angela, The Roots, Alpha Blondy, Roméo Elvis, Idles, Parkway Drive, John Butler Trio, Mass Hysteria … Always eclectic but quality guaranteed!

Cabaret Vert has also established itself as one of the most recognized French festivals. We always find some very good surprises in the line up and 2019 will not break the rule: Twenty One Pilots, Prophets of Rage, Orelsan, Foals, IAM, Angèle, Roméo Elvis, Nina Kraviz, Airbourne and the legend Patti Smith will come rock Charleville-Mézières in the Ardennes for 4 days full of surprises … A beautiful eclecticism that is developed in several festivals today and creates amazing line ups! 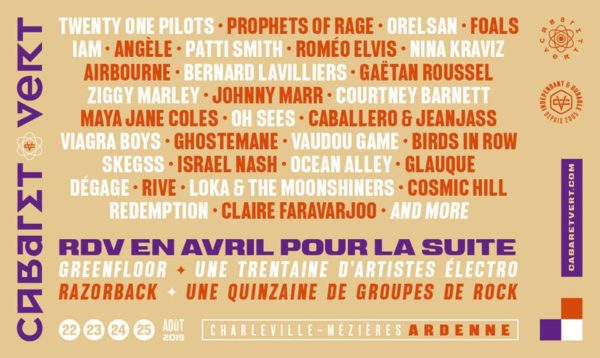 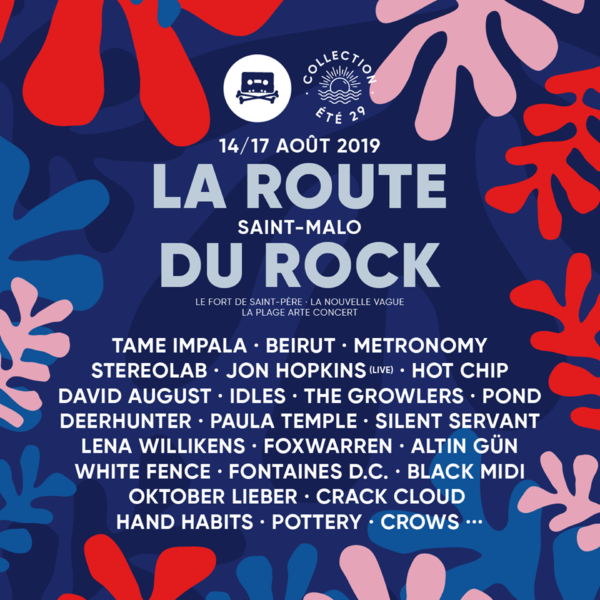 Solidays festival will also be back on L’Hippodrome de Longchamp (near Paris) to fight HIV with music. With a record audience last year of 220,000 festival-goers over 3 days, the event is in the run of being the most popular and frequented festival.  This year’s headliners include US rapper Macklemore, South African duo Die Antwoord, Parcels, Parov Stelar, John Butler Trio, The Blaze, Lomepal, Thérapie Taxi, Ofenbach, Thylacine, Jennifer Cardini, Contrefaçon, Vladimir Cauchemar, and more! 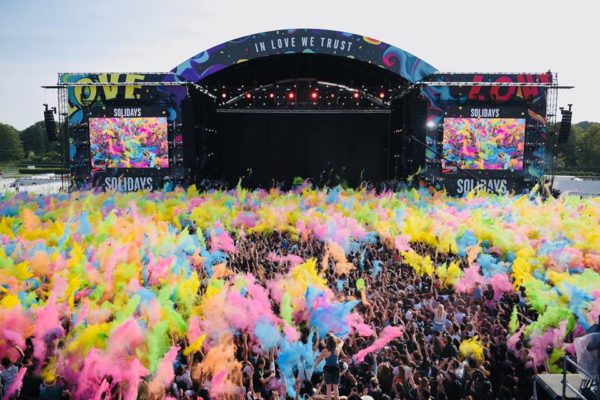 Since three years now, Parisian version of Lollapalooza festival occurs at the Hippodrome de Longchamp as well. With Live Nation at the controls of this behemoth, the line up of the event is very often dizzying and it will still be the case in July. The highly anticipated return of The Strokes who will give one of their very few concerts in Europe. British band The 1975 will also return to France after a smashing return with the excellent Brief Inquiry Into Online Relationships. They are joined by other killing acts like Twenty One Pilots, Migos, Martin Garrix, Orelsan, Ben Harper & The Innocent Criminals, Eric Prydz, IAM, Jain, Tash Sultana, Kodaline, Shame, Orelsan, Biffy Clyro, Clean Bandit … 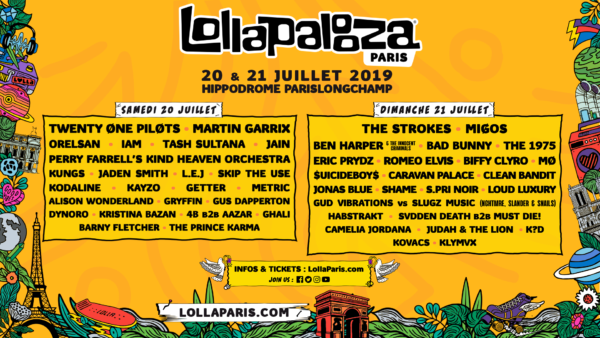 And you, what music festivals are you planning to attend this summer??