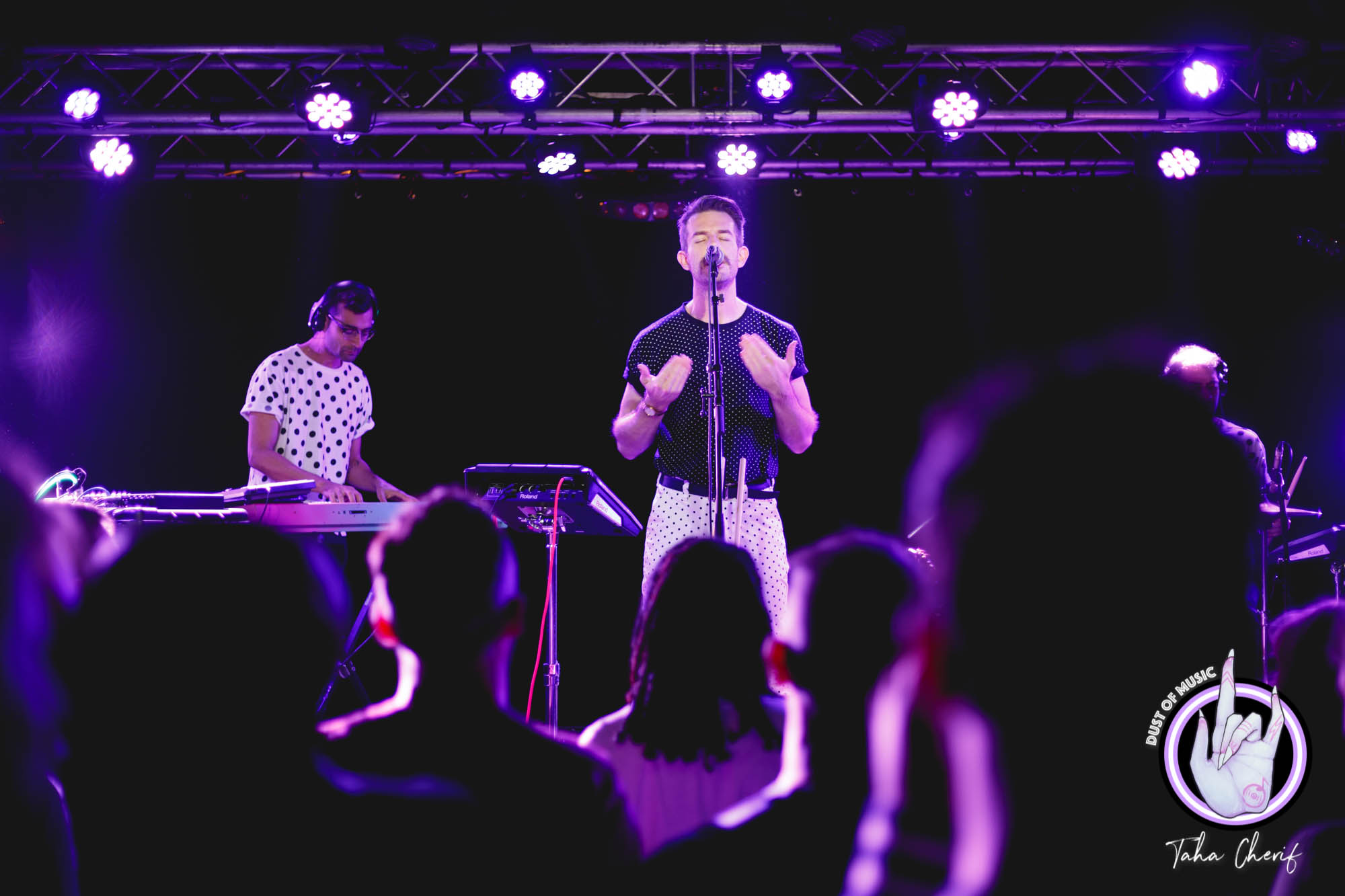 Bright Light Bright Light is this enigma in the pop music universe of whom I am a fan. With strong, colourful aesthetics, retro sounds and a fabulous sensitivity, he won us over. The artist came to Paris, at La Boule Noire, in order to promote his new EP called “Tough Love“.

A gift to the fans

As I make it to the venue, very few people are waiting in line. And getting in there, I notice that the atmosphere is quite warm, supported by some jazz music, with a blues tendency, that does not really suit Bright Light Bright Light‘s music. On both sides of the room are wooden banks. The crowd is still not quite there, and people sit directly as they arrive. As a fan, I wrote an article a few months ago about him, and I start to worry that the venue will not be filled, and if people will eventually stand up. 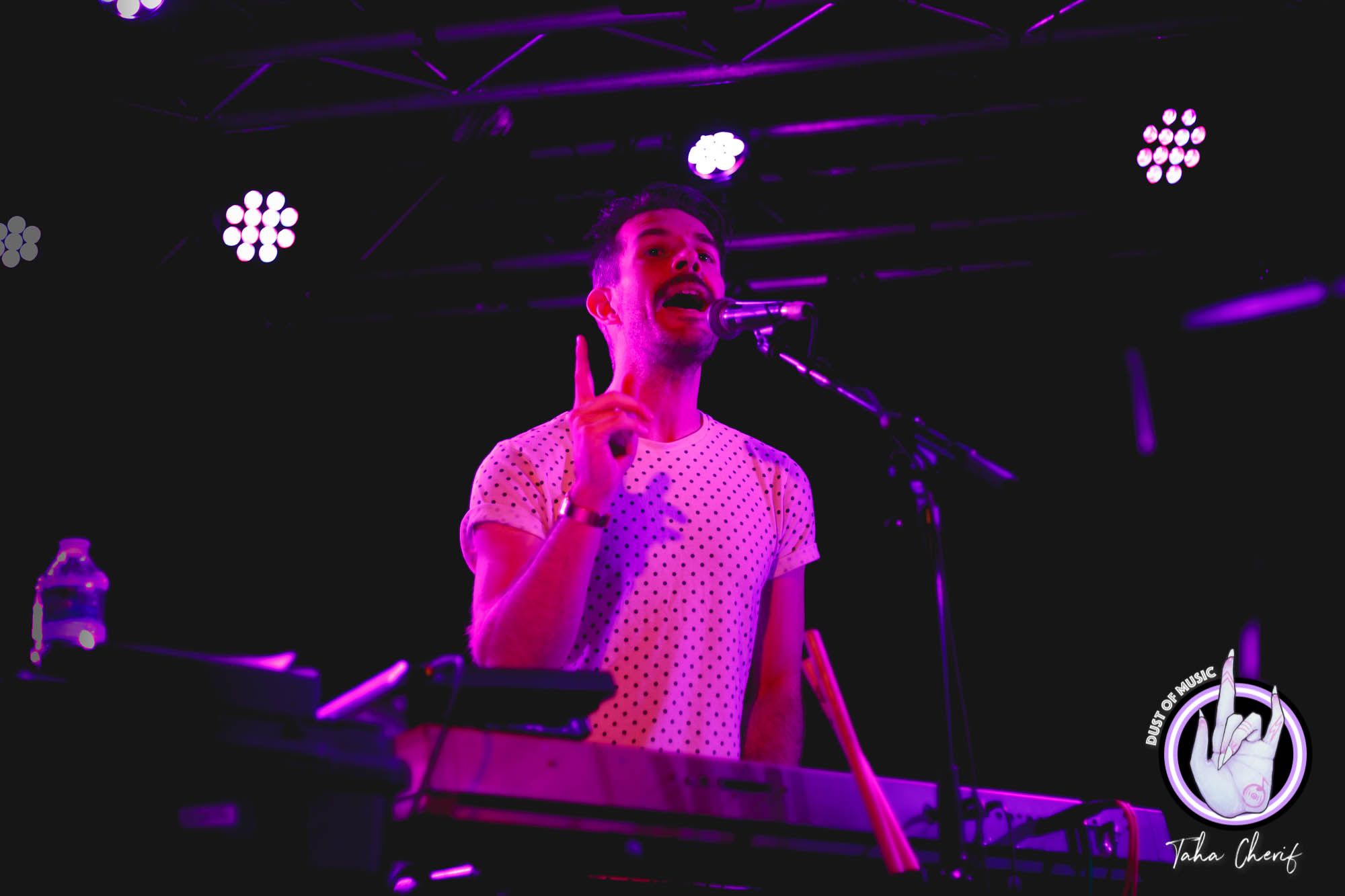 A few days before, Rod had announced on his social networks that the Parisian show would be divided into two distinct concerts. Thus, the first one would be exclusively composed of piano covers of his own songs, and the second one would be the real deal, so to say. Accordingly, he acknowledged all the requests and promised to perform them on his own, on his piano.

A moment of emotion

Slowly, and finally, the lights get dimmer, as the singer gets ready to come on stage. He starts, hesitatingly, by stating that he loves Paris and speaks a little French. Slowly getting more comfortable, he chats a little, all while the public encourages him and cheers him up. Indeed, he had announced earlier the release of his first album exclusively for the French market, with a French version of his song Symmetry Of Two Hearts, which he also had released a few months earlier. 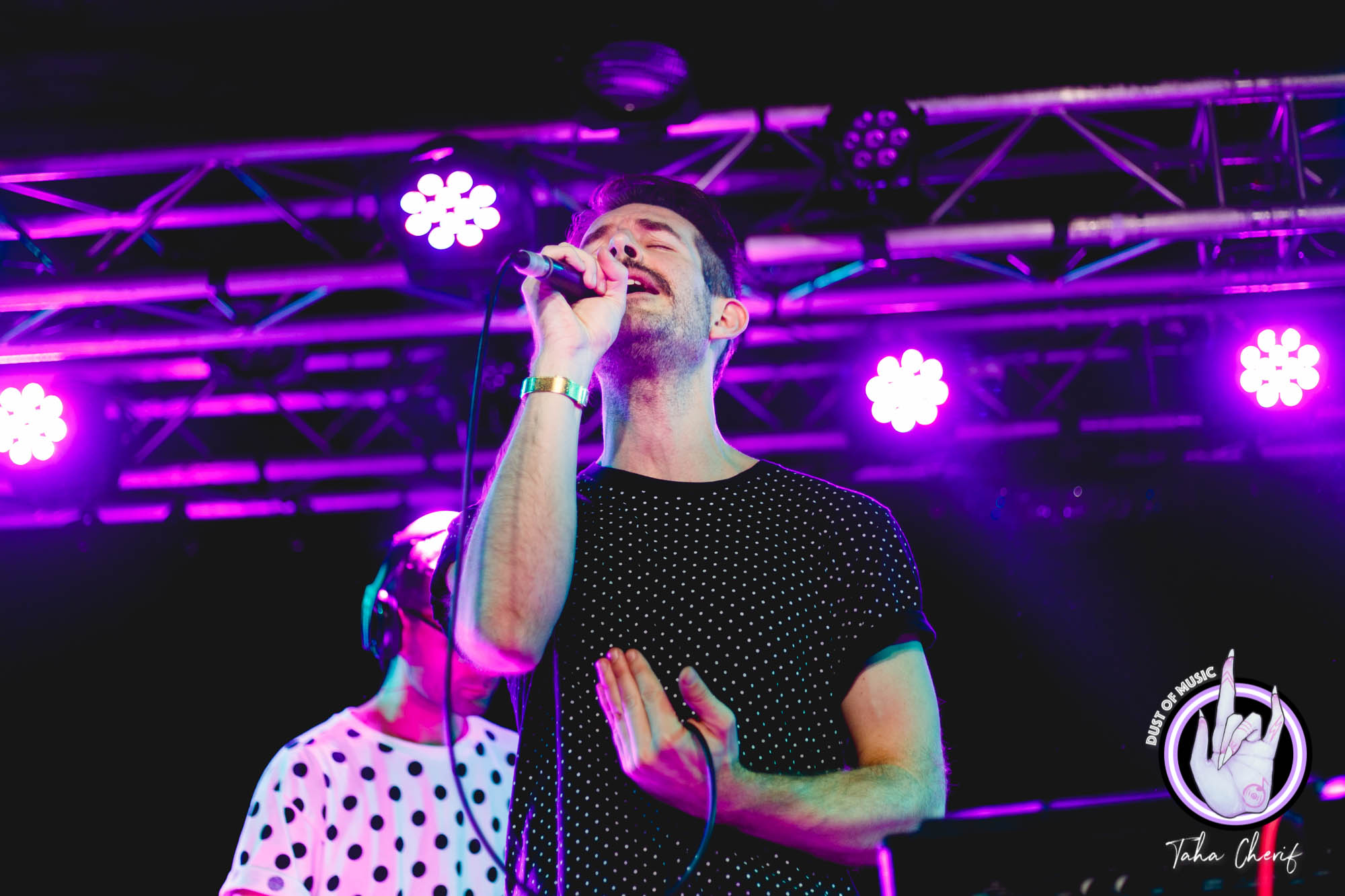 Following this moment of intimacy, the crowd plunges into an almost absolute silence. The singer starts then a set that will last almost an hour. True to his genre, the texts are filled with love, regrets, sometimes hope, but always with an incomparable poetry. It is also the occasion for both olderm more recent and curious fans to discover a new side of this artist, who does not always play tracks from his first releases. Rod starts therefore playing, amongst others, Immature, Love Part II, but also more recent tracks, such as Make Up Your Mind and Careful Whisper. A true delight! I discovered this way tracks I had not listened to in a long time, in a new light, and can focus on their poetry. The crowd rejoices, and claps every time a little louder, ending under a salvo of applause.

But then, a fifteen-minutes-long pause seems necessary. Right after changing clothes, he is back. Accompanied by David, his drummer, and Jay at the synth, the three of them are dressed accordingly. All covered in dots, they are in harmony with the Tough Love cover. Indeed, the colours are true to the visuals Bright Light Bright Light uses in his music videos: the neon colours are omnipresent, and dig the Boule Noire into a very specific atmosphere. 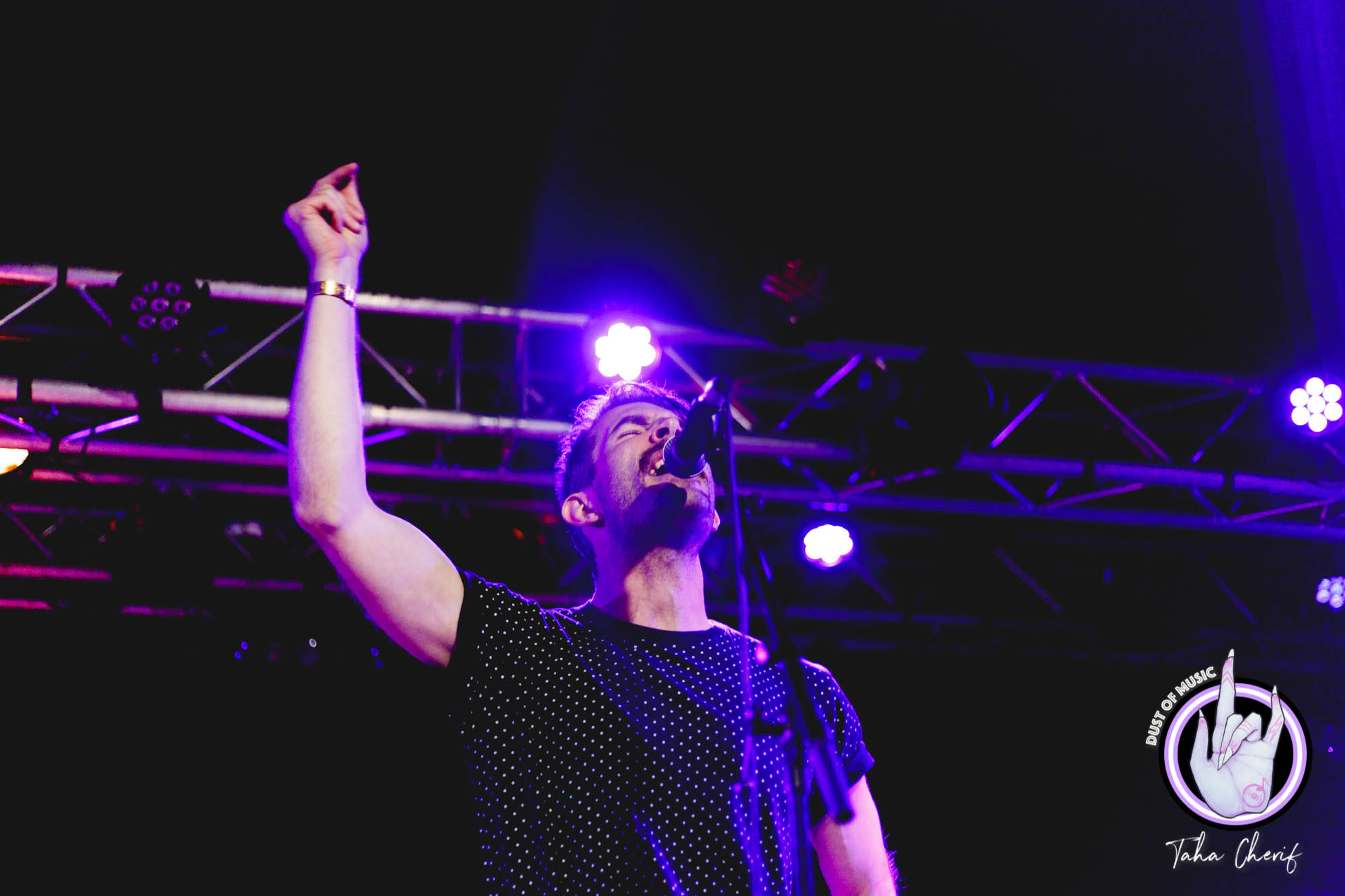 Finally, the concert begins with Good Luck. Indeed, the pop music we love so much comes with great help of synths and drums, that, played live, bring a whole new dimension to the tracks. On a side note, it is important to note that the huge majority of his tracks gravitate around a similar major theme: love. And Good Luck is the heart of this theme. About separation, remorse and good-byes, the song could seem to be on the sad side. But, it would be a mistake to let aside the power an artists’ scenery could bring to some material, and Rod‘s are absolutely out of the this world. It is only enough for the artist to add a little touch of self-confidence, self-love, but mostly pride, for the meaning to change radically!

Bright Light Bright Light has a thorough discography, that one could describe as more than rich. And this concert was the perfect occasion to showcase how versatile he can be, but also to bring some of his oldest material back to life. Whether it could be on previous EPs, albums or even singles, his songs have all been brought to a new existence, to my greatest pleasure! Follows then Tough Love, which he had released a few weeks earlier, and that, without some of the vocal effects, felt more natural, and altogether better live! It could be described as belonging to the same lineage as the previous one. It is thus a question of not being relegated to the second rank, and to become aware of the importance that we have, as a person, and of our value. A welcome boost of self-confidence. 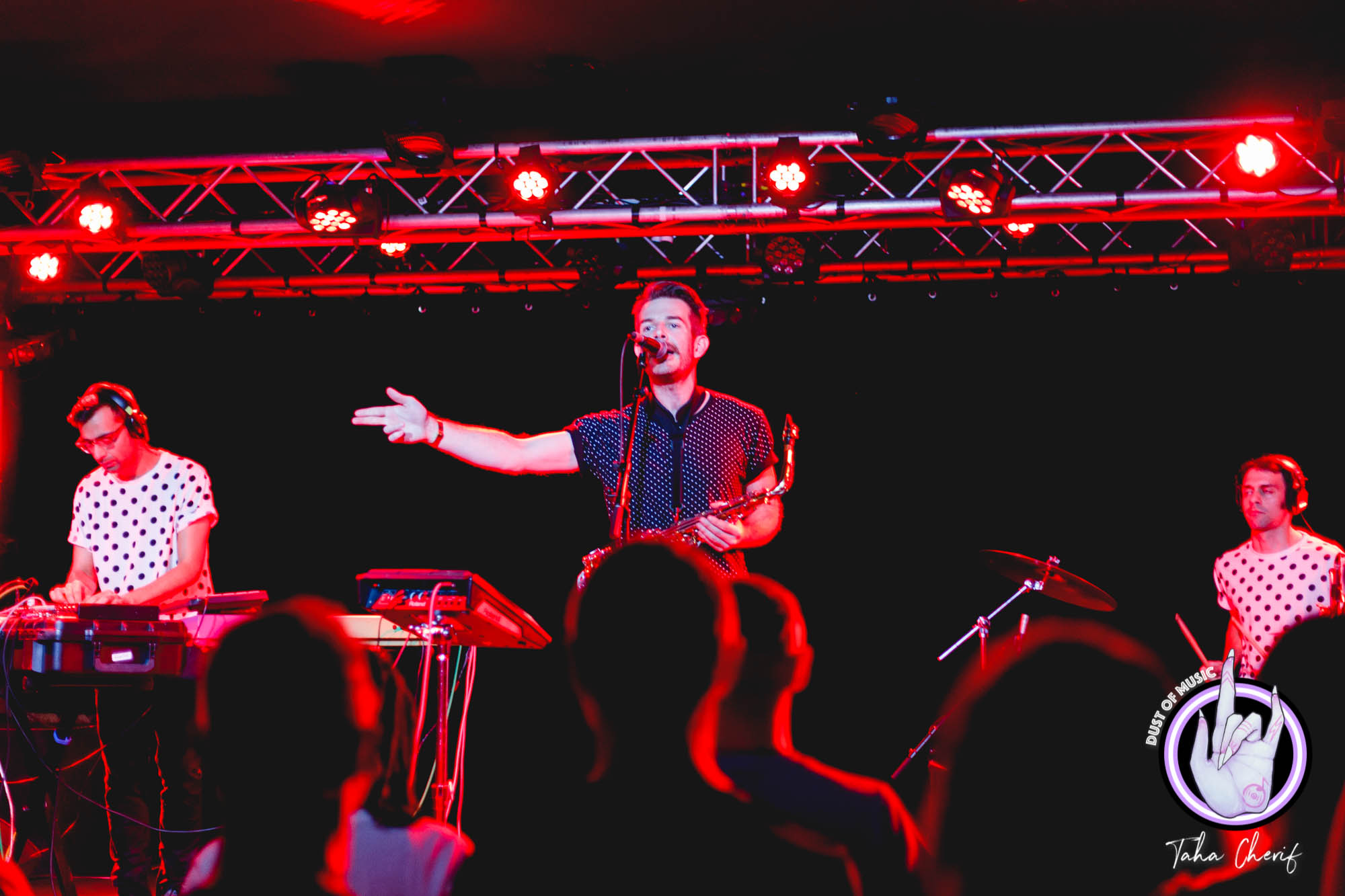 Rod likes to talk, and seem to enjoy telling us anecdotes regarding each of his tracks between two interpretations. So I learned that, contrary to what I had understood from my favourite track, In Your Care, it is not about long-distance relationship, but rather about friendly relationships. The first notes soar in the air, as the rhythm makes us plunge into a bubble where nothing else matters. Then, comes Moves, from his first album Make Me Believe In Hope. Thus, fans of his albums, whether they have been released in his early years or more recently, have been spoiled. Rod is having a great time, and the tracks he is performing truly reflect the different facets of his music.

The artist, throughout his whole concert, as he did all along his career, has told us countless anecdotes, facts and stories, explaining to us what an influence pop culture had on his music, and his creative process. Thus, enriched by this inheritance, he has a stage presence that resembles the ones who inspired him. Dance, choreographies, gestures… He seems, after many years of practising, to have not mimicked, but truly integrated and reinvented a whole pop presence that he delivers night after night. For our greatest pleasure, we seem to be facing a pop singer who could be way bigger, in the intimacy of a Boule Noire that shines brighter than it ever has.

As the concert goes by, the tracks follow one another, do not sound alike, but gather similarly. Intelligently switching between the sax and the singing parts, Rod does not stop for a moment. He seems to be at such ease that it almost looks like a game. While time goes by, so quickly, and as one could imagine in bigger pop concerts, the big finale approaches. His latest album, Choreography, perfectly demonstrate the pop side this artist has included in his discography, and the live versions of Kiss For Kiss, Little Bit and Running Back To You add an even more dramatic and spectacular dimension to an already extremely positive and pleasing spectacle. 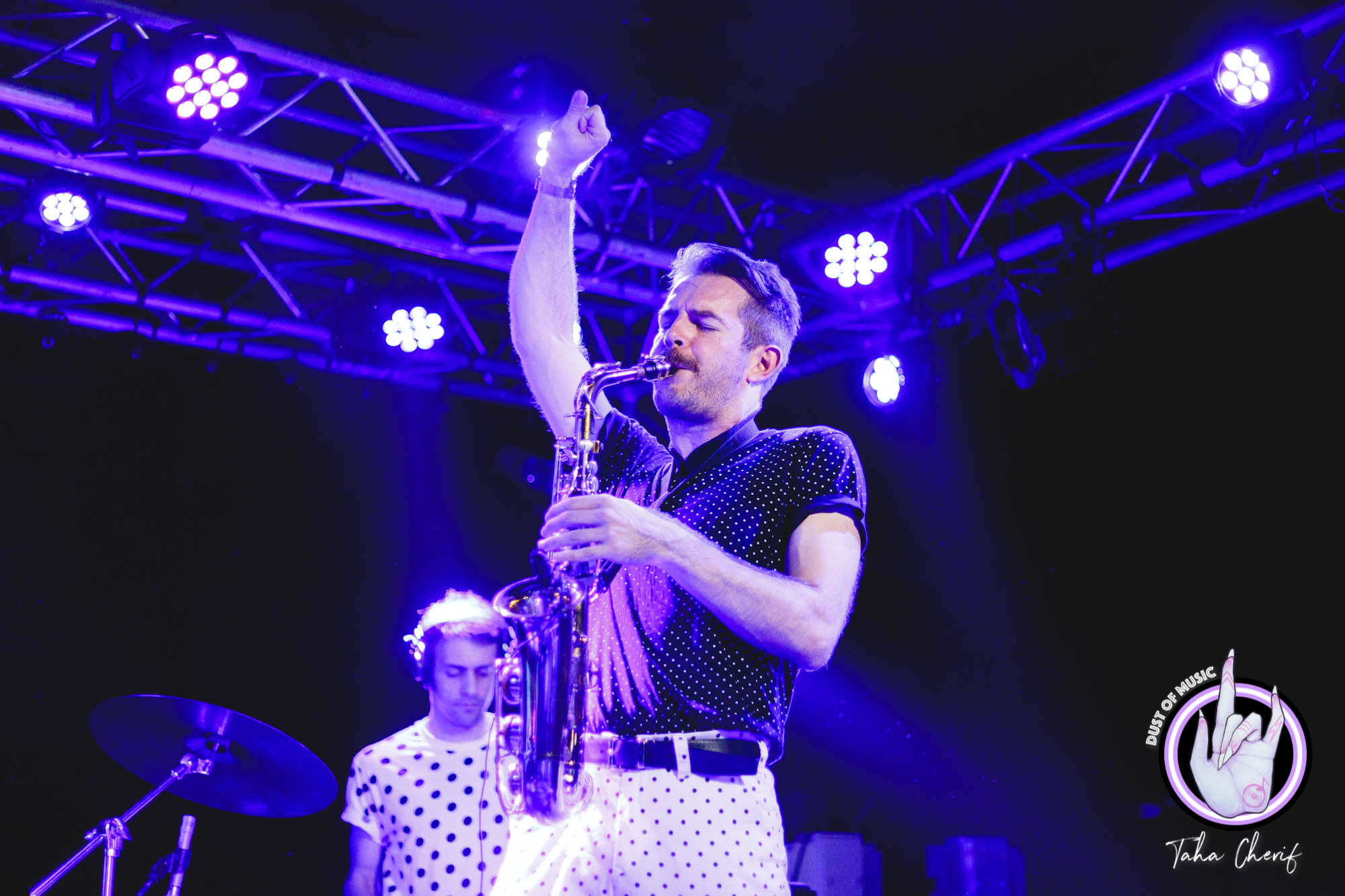 Like many pop singers of previous generations, Bright Light Bright Light was able to draw us into his universe, shining bright and sounding stellar, during which we all have left our worries out, and lived the stories he had to tell to an extent we would not have imagined. The finale, constituted by All In The Name, originally recorded with Elton John, truly marks the apotheosis of this ultimate pop parenthesis. We get out deeply happy, and can not wait to see him again, already.

Good Luck
Tough Love
In Your Care
Moves
Symmetry of Two Hearts
Cry At Films
Uh Huh!
Kiss For Kiss
Little Bit
How I Feel
An Open Heart
Running Back To You
—
All In The Name