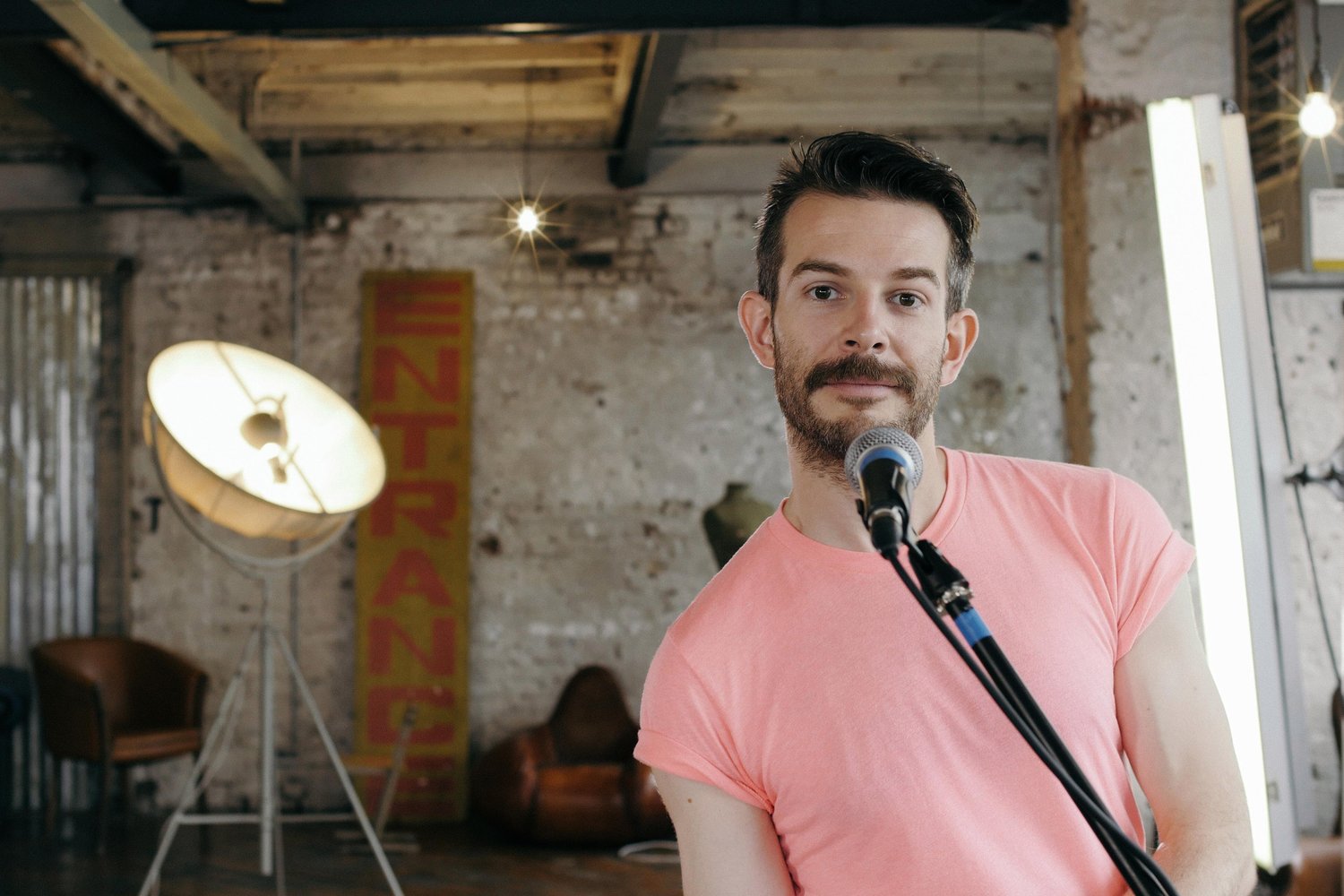 Bright Light Bright Light is an artist who I particularly like. One of those artists you truly love and care about. One of those you almost keep a secret, but whose music you can’t help playing over and over. One of those rare beauties you unexpectedly find and that take an ever-growing place in your heart, as years pass by. A discovery I want to share with you, today.

At little over thirty, Bright Light Bright Light already has a long career behind him. From Welsh origins, the road he took has been a long, but rich one. Sharing his birthplace with 80s pop icon Bonnie Tyler, Neath also gifted us with Bright Light Bright Light. From an artistic point of view, his skills do impress me, and prove he has a rich musical culture. He has, since his youngest age, played many instruments. Today, swiftly and seamlessly switching between the piano, an acoustic or electric guitar, or even the trumpet, while singing, Rod is a master of all trades. He records, produces and mixes his tracks all on his own.

This plethora of talents has allowed him to take the road, across borders and continents. From his beginnings, at the rise of the 2000s in small venues, to more comfortable ones around Europe, Bright Light Bright Light has lived a thousand lives. From his native Wales, he packed his bags and lives today in New-York. A life filled with travels that inspires him, and a career that enriched him, all while effortlessly alternating between two worlds.

From his first records under the name of Rod Thomas to Bright Light Bright Light, the atmosphere has radically changed. But to this day, the artist seems to still be searching for the perfect shiny pop universe, while demonstrating diverse influences. From the lyrics to the storyline, the screenwriting, the acoustic spatialization and the instruments, Rod gives an absolutely 80s-oriented touch to his craft. Thus, fiery trumpets solo and synthesisers all sing along supporting epic vocalises.

Today, his music sounds carried by an immutable positivity, that he seems to have developed along the years. But in order to get a better grasp of Bright Light Bright Light‘s universe, one has to understand the artist’s point of view. Being an 1980s child in a small Welsh town, the contemporary movies are eye-opening to the world surrounding him, and forge his vision. His songs are the reflection of an aesthetic he has developed.

Almost nostalgic, the stories he tells birth images concurrently with his writing. And if his music videos explicit the positivity found in his tracks, it is because he sees purplish neons, pastel-coloured walls and choreographies as he imagines the concept of the songs. His latest release, Choreography, is a prime example of this phenomenon. In a wildly-coloured pop universe, Rod is at the heart of a flashy screenwriting, that he envisions as a complete story.

He has, over the span of his career, collaborated with people of the utmost importance. It is next to Ellie Goulding, then the  Scissor Sisters that he took off, while opening for them on tour. But one his most iconic collaborations remains to this day the ones with Sir Elton John. Also an 1980s icon, he lends his voice on Rod‘s tracks. Having become since then friends, not only have they sung together, they also went on tour. Bright Light Bright Light has thus opened for Elton John, all along an adventure that counts 55 dates, across Europe, the United States and part of Asia.

Finally, the cherry on the cake, my favourite track of his: In Your Care. The track that allowed me to discover him, and appreciate his work.