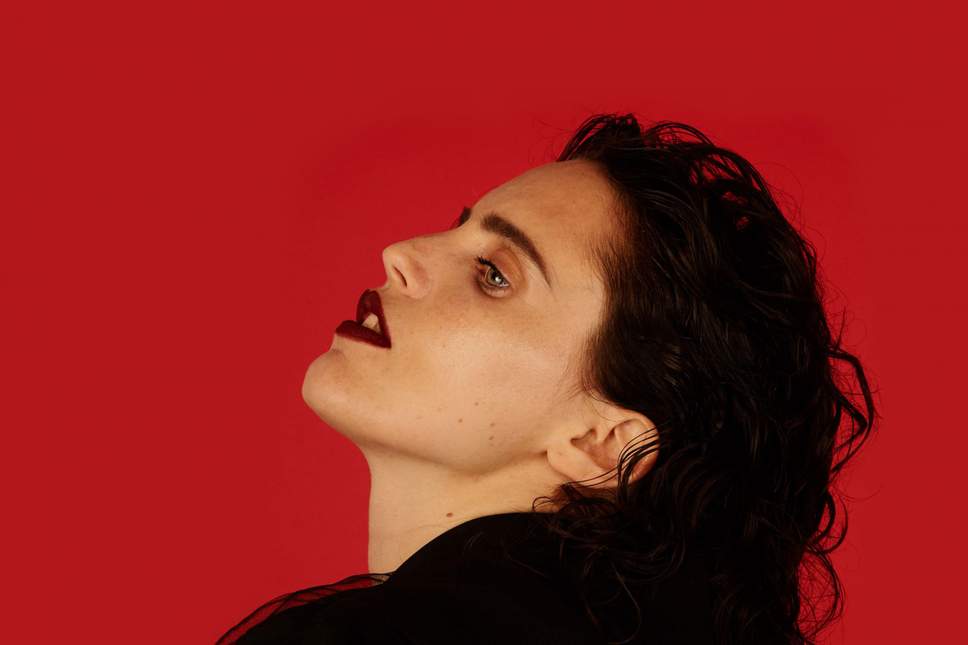 She made herself scarce Anna. Last June, British singer and guitarist made her big comeback in Paris at La Gaîté Lyrique to give a triumphal concert and present her new tunes coming from her  upcoming treasure, Hunter, released this Friday.

The Great Calvi is back

Here she is again. We missed her so bad! Anna Calvi is back with her new album, Hunter. As much to tell you that she made herself small in the musical world in 2014, after her last tour. With two very good first records, Anna has overthrown the musical stratosphere with her lyrical and powerful voice and her complex and delicate melodies that are almost supernatural. However, this little woman has even considered never redoing discs: “There is already enough music and noise in the world, what good to add more? “. But fortunately, the artist who settled in Strasbourg in France to follow her partner, took her time to meet with herself and write the songs of her new album. Here we are with this third record by Anna Calvi, in which we can not only admire her talent but also observe a certain evolution that aspires to her affirmation and an awareness that society’s consensus need to be jostled.

It was after the album One Breath that the artist started writing for Hunter. As she explained to TÊTU magazine, Anna Calvi was inspired by “a feeling that women are constantly portrayed as prey: in the media, in movies and in many other branches of our societies. I wanted to explore other tracks“. In this way, she wants to show that women can be both hunters and prey, hence the name of the album, Hunter. But her will is not limited to preaching girl power. Indeed, with this new opus, the artist wanted to go beyond by abstracting the notion of genre and explore more deeply personal identity including sexual.

With Hunter, Anna Calvi claims to be a spokesperson for the LGBTQI+ community cause while conducting her own reflection on gender, sexuality, and gender relations. In As A Man, Anna observes and tries to project herself into masculinity, but seems to retain her femininity on tunes where she assures herself like in Alpha or Don’ Beat The Girl Out of My Boy, first single of the unveiled album. But the message of this record, openly political, is moving towards a jamming of the genres’ track, in which everyone seems to have or maintain in their inner selves a feminine and masculine part at a time. It is also the image of the song Chain in which Anna juggles between genres: “I’ll be the boy you be the girl I’ll be the girl you be the boy I’ll be the boy” .

It goes without saying that Anna Calvi is an outstanding artist and her first two albums have already confirmed the talent and mastery of this little and shy woman who is able to turn into a tigress on stage. Hunter can only go in the lineage of her previous albums, however we feel that something has changed. Anna want to know herself better and it’s in a text recently published on her website that she came out queer: “I want to go beyond genres. I do not want to have to choose between my femininity and my masculine side. I am fighting against the feeling of being an outsider and I am trying to find a place that would make me feel at home“. More determined and stronger than ever, the artist throws into the garbage prejudices and agreements forged by our society, and this on a nearly perfect music.

To deal with the various topics evoked in her record, Anna Calvi knew once again how to use her address and her genius through exhilarating and thoughtful melodies. Her lyrical voice, always so powerful and bewitching, is devoted to sublime flights such as Swimming Pool. Her mastering in guitar is intact and we can admire the talent of Anna on the seductive Indies & Paradise. You’ll also notice the rhythmic Wish and softer tunes like Away who opened the shows of her recent tour.

With this free and political album, Anna Calvi seems to deliver here her best album. With a concrete and topical message that defends women and LGBTQI people, Hunter is a masterpiece that invites us to incite us to know more about ourselves and discover (perhaps) new passions. Nothing to say about the artist’s talent which is undeniable, we are always surprised by Anna who innovates in melodies and rhythms to divert us and make us listen to a “new” music. If you are curious, you can listen now to the album and if you are even more curious, go see her performing at Salle Pleyel on January 30th next year.

The Great Calvi is bck with an outstanding record going above gender and consensus.