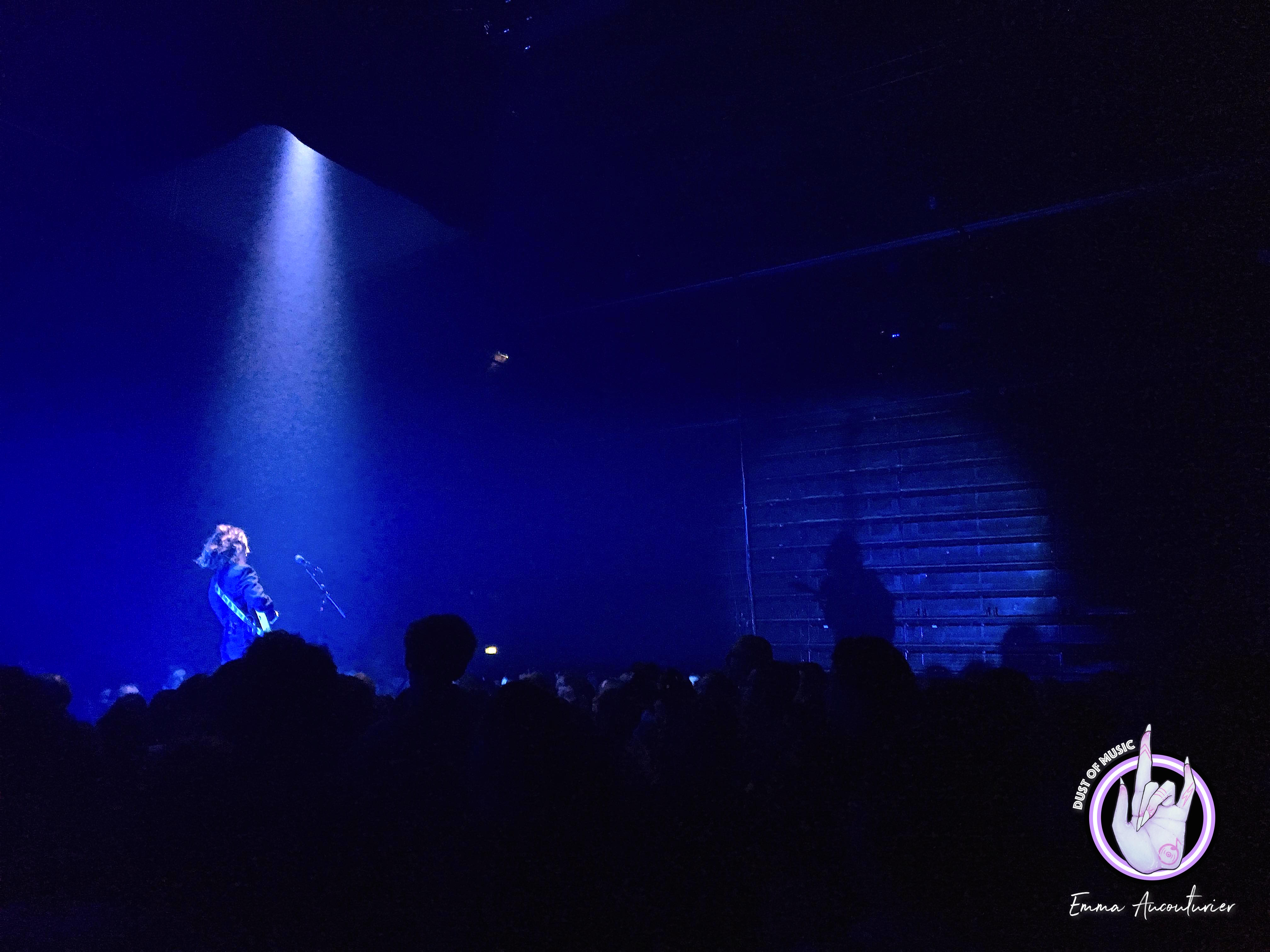 Four years after her last record One Breath, the genius Anna Calvi is back this year for our greatest pleasure with a new record, Hunter, which will be launched in August. Currently on tour to present her new album at her loyal audience, the artist stopped by La Gaîté Lyrique in Paris last Friday. A show made in sensuality and violence who fascinated the French public. The great Calvi is back!

When we hear Anna Calvi for the first time, we don’t really know where to stand. Melodies are far away from those we can hear on the radio with the 4 magic chords pattern. Indeed, they are elaborate, innovative and suprise auditors, which notices from the Anna’s genie. In a musical industry where business can easily overtake music in itself, Anna Calvi distinguishes herself and it’s f***ing good. A powerful voice that can find the deepest notes and fly away to reach high-pitched ones like sopranos, Anna learned singing lately in her 20s and has been taught while listening to Nina Simone and Maria Callas. Her prodigous vocals lie on original melodies that impress the little established rock world. Raising all passions, Anna Calvi is a revolutionary artist who will always stun us. 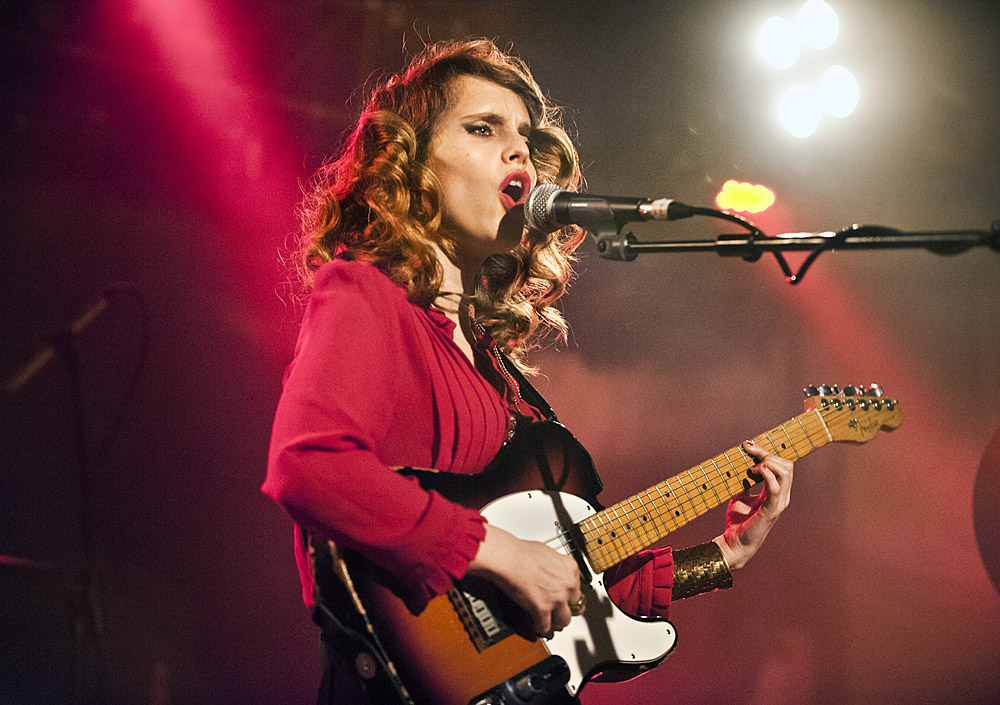 Anna Calvi is a singer and guitarist born in Twickenham in the UK. Enlightened during her childhood by her father with Jimmy Hendrix, Captain Beefheart and Robert Johnson, she learns how to play the violon, piano and guitar. She studies music at Southampton university and was the singer of Londonian group Cheap Hotel between 2006 and 2008. Two years later, she is praised NME which compares her to PJ Harvey and Siouxsie, which propels her at the rank of new talent. A year goes by and Anna launches her first eponym record. She says being influenced by many artists from a thousand genres, going from classical music with Ravel and Debussy, to rock with Patti Smith, Jeff Buckley, David Bowie, Elvis Presley and Tom Waits, who she admires in particular and inspired her in the making of her third record, Hunter, out on August 31st. Currently on your to promote her upcoming alum, Anna, who has been scarced lately, stopped by La Gaîté Lyrique on Friday night to meet again with her Parisian fans who she deeply missed.

Tonight at La Gaîté Lyrique, it is a sold out for Anna Calvi. Her last Parisian concert was in 2014 and her audience is still very abundant. Morever, it is very eclectic and mostly composed by generations X and Y. As support acts, it’s Jeanne Added and Rouge Mary who warm the public with their DJ sets.  A surprising choice that goes against Anna Calvi’s mysterious universe. 9:05pm, lights goes off and the audience cheers for the two musicians joining the artist on this tour, a keyboarder and a drummer.  The stage is enlightened in red and the singer appears in a languid step. She goes at the proscenium’s end towards her audience with her guitar, and begins to play  Away. With this soft tune, it’s like Anna is opening the doors of her enigmatic world and inviting us to join her in a journey whom they will remember forever. 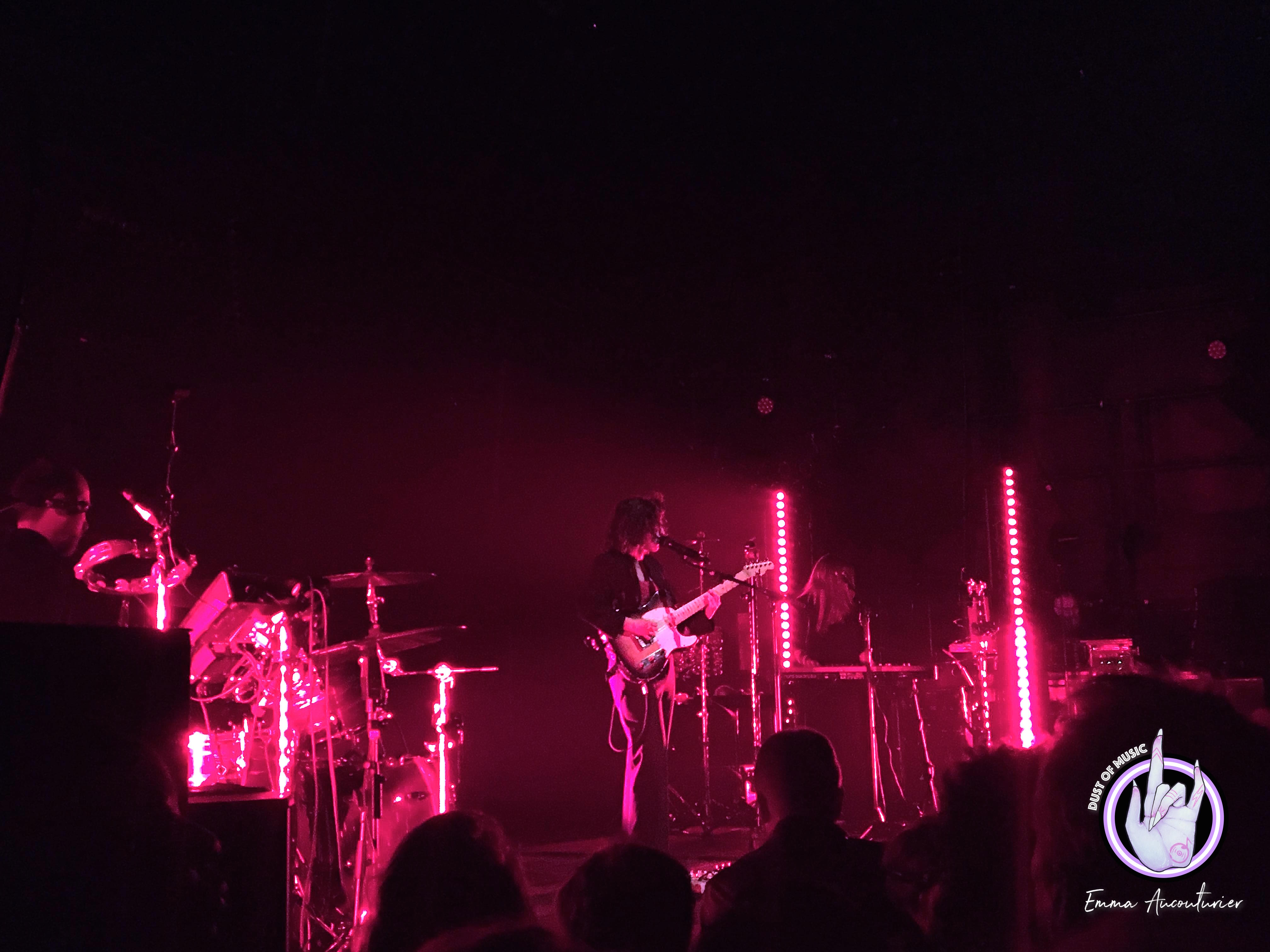 Under this tiny body, a superb stage performer is hiding. Without further ado we discover it on the first single of Anna’s next record, Hunter, Don’t Beat The Girl Out of My Boy, on which the artist offers to the audience bestial and passionnate moments. At some point, we could think she is possessed, possessed by her art and music. Several times, Anna is crawling on the stage, up to the proscenium holding her mic as her life depends on it while letting her voice marvellous and melodious screams. Next to her savage impetus, the artist knows how to close up during one soft song. In those moments, we would like to approach but we are too impressed and fear that she could slip through our fingers. However, Anna knows how to elaborate a link between her and her fans and does not hesitate in looking at them sharply in the eye in a very sensual way. Because yes, Anna Calvi is very sensual indeed sexual, it’s a fact. Her androgyn style fascinate both women and men and we could find ourselves tempted by this curly brown-haired character with red lips.

A setlist full of discoveries and old hits

Anna Calvi is here with her upcoming record, Hunter, whom songs are composing tonight’s setlist. In live, we discover new tunes which deserve our attention. There is no need to say that most of the songs are excellent and reinforce our already furious willingness to hold in our hands the record Hunter, that will be next August. However, the artist did not forget those who follow her since the beginning and thanks them with some classic tunes of her such as Desire and others from previous albums like No More Words, Suzanne and I or I’ll Be Your Man. In addtion, as an encore, she will go back to her debute eponym record with Love Won’t Be Leaving and Sing To Me, before ending with her cover of Suicide‘s Ghost Rider, on which the artist will go crazy one last time.

After four years away, we deeply missed Anna Calvi. Once again, the artist impose herselft with her virtuoso guitar and wonderful particular voice. Her universe keeps raising passions and we are all preys of this tiger who surrounds us with her elaborated and sublime melodies. If you have missed this exceptional show, note that the singer will be on Saturday 25th August at Parisian festival Rock en Seine a Domaine National de St Cloud. It would be too bad to miss such an occasion! Tickets : https://www.rockenseine.com/billetterie/ 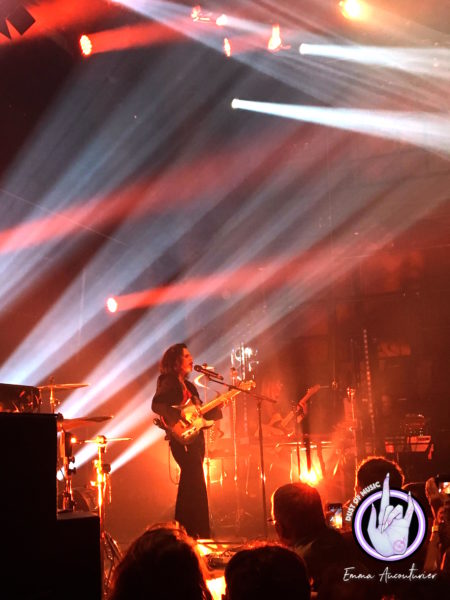