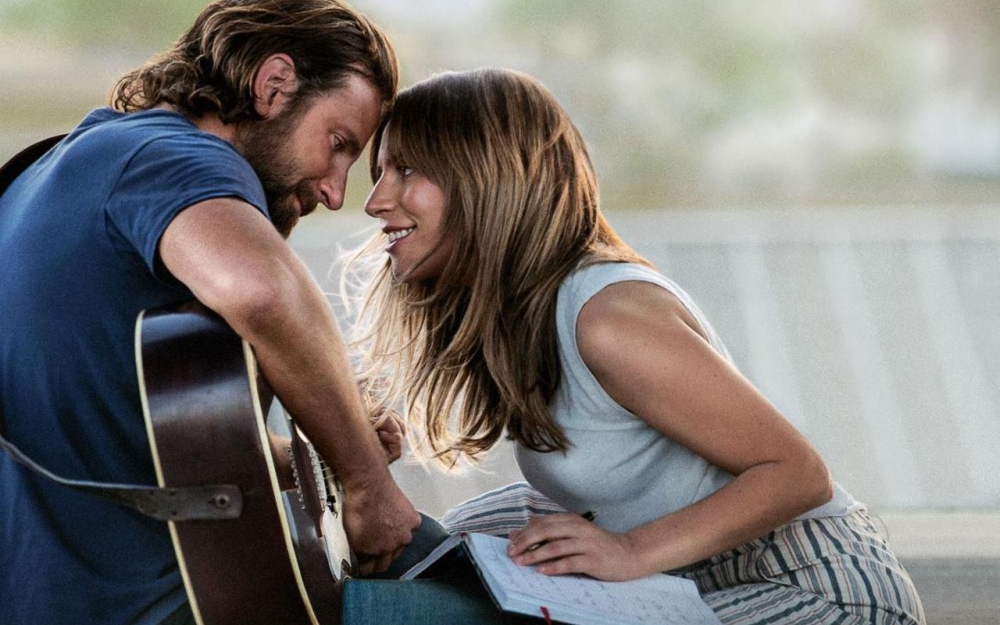 A Star is Born : a successful remake with an outstanding Lady Gaga.7 min de lecture

A Star Is Born, Bradley Cooper‘s long-awaited movie has been released last month in our theaters. The editorial went to see it and we tell you ours thoughts in the below article!

Jackson Maine, country music’s old star, discovers Ally who is a very promising young singer. As they fall madly in love with each other, Jack makes Ally an artist who become adored by the audience. Soon eclipsed by the success of the young woman, he saw more and more evil his own decline …

We know that Bradley Cooper is an excellent actor fond of French, however he can now add a string to his bow: production! With the highly anticipated A Star Is Born, Bradley Cooper signs his first feature film in which he plays one of the two main characters. The other character is played by international pop star Lady Gaga. Chill! It’s also in the catchy documentary Five Foot Two that the star evokes with great enthusiasm her participation in Cooper’s first film.

…but not the first A Star Is Born.

Yes, if you thought that the movie was coming straight out of Bradley Cooper’s imagination, you’re a fool! Indeed, A Star Is Born is originally a Hollywood film released in 1937 recounting the success story of Esther, a young actress, who will cross the path of Norman Maine (which is also the surname used in Cooper’s film, en), fallen actor sinking into alcohol. Although the story of the 2018 movie is set in the music industry environment, it retains some pillars of the original version.

A great soundtrack written by Bradley himself and Gaga

Released a few days before the film, the soundtrack keeps all its promises and is even number 1 of the top Itunes. In fact, the involvement of Bradley Cooper and Lady Gaga in its writing and production was a necessary condition for the singer to participate in the movie. And as if Bradley was not already involved enough, he learned how to play guitar and the piano for almost two years! In any case, both constitue a very good team and the result is excellent. We will nevertheless prefer the rock/country songs of the album rather than the pop songs that are part of the dazzling musical rise of young Ally. It goes without saying that all the songs in the album follow the progress of the film. The first excerpt, Shallow, had already been mouth-watering and was enough to show the movie’s great musical potential.

To continue on our musical momentum, a first point in production has to be notified: live scenes. Stuffed realism with a large crowd and a camera that follows the character of Jackson closer to his guitar and his fingers, it’s as if we were on stage with him. For the anecdote (we know you like it), the movie’s concert scenes were mostly shot during festivals such as Coachella during the inter-concerts, but also in famous places like the Greek Theater in Los Angeles or The Forum. And as if that was not enough for you, these scenes were shot live! Indeed, Gaga and Cooper assumed that these scenes had to be played live. Thus, the prerecorded tracks were only audible by the two singers through earphones and the musicians behind pretended to play. In addition, the incredible work of mixer Steve Morrow has managed to perfectly arrange the sound so that the spectators have literally the impression of being an integral part of the film and to attend the concerts.

Cooper and Gaga : it was meant to be!

To play promising young Ally, Bradley Cooper chose Lady Gaga. A non-trivial choice: it is by hearing the artist singing Edith Piaf‘s classic song La Vie En Rose at a charity evening organized by Sean Parker, Napster’s CEO : “She had her hair slicked back and she sang ‘La Vie en Rose,’ and I was just… levitating. It shot like a diamond through my brain. I loved the way she moved, the sound of her voice“.  That way, Lady Gaga assured the second main character of A Star Is Born. But the artist also seduced by her story which happens to be similar to Ally’s, which makes the character even more sincere. The singer is simply impressive and we totally get her always passion for cinema. With Bradley, who plays a in very just way the addict and lost artist, she forms a complementary duo that draws on the personality of the other to move forward. A love at first sight, as a matter of course, both artists have an alchemy on the screen that is remarkable. They seem to be able to cross all obstacles including those who stand against them with Ally’s rise to fame and Jackson’s addiction problems… 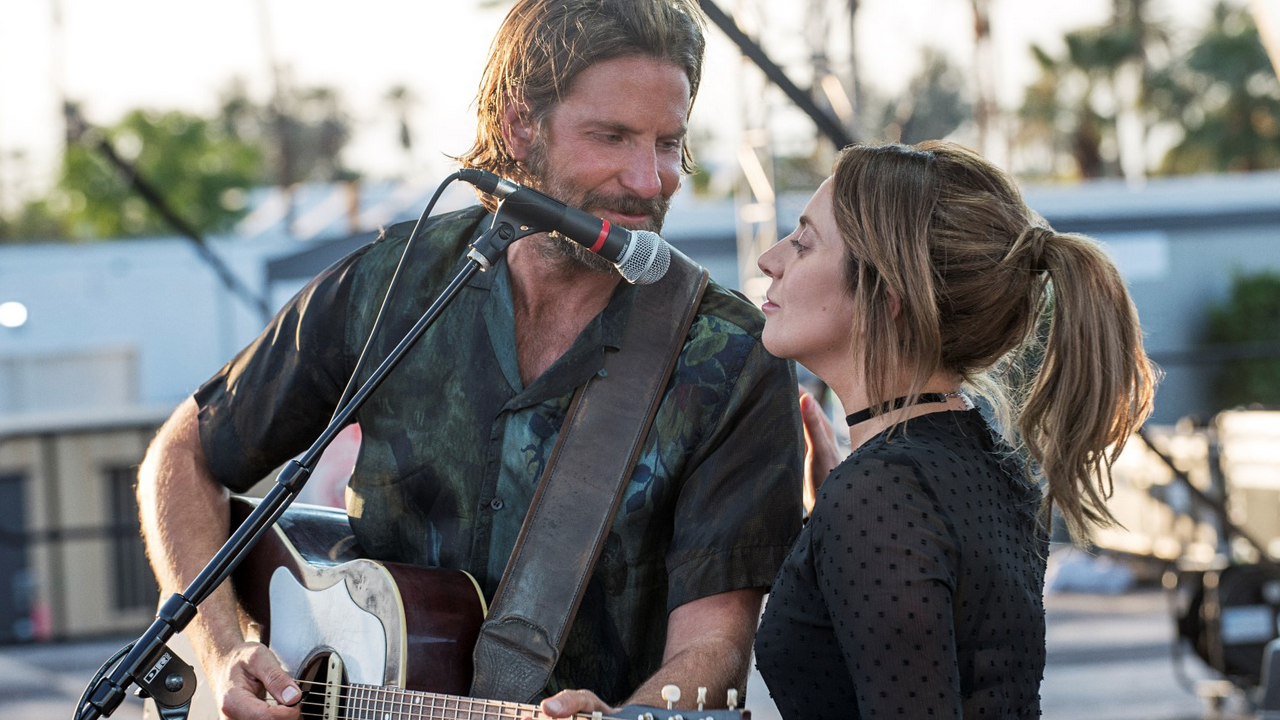 A sensational Lady Gaga who lives her destiny again

The main strength of the film, we owe it to Lady Gaga who is just breathtaking. She relives her story through Ally especially in her debuts in bars before being spotted. But while watching A Star Is Born, we now understand why the artist has always wanted to be an actress. Although she appeared in several series including American Horror Story, her character Ally represents her first big role in cinema and has the potential to take her to the Academy Awards. The artist knows how to be strong and fragile, brawling and sweet at the same time and we see ourselves in her, for example in the first scene where she drops her boyfriend in the toilet shouting: “Fucking men!“, Hell yeah girl. The honesty and non-artistry of this multi-faceted artist really upsets us in the emotional scenes. We can not help but think about the documentary Five Foot Two, tracing the recording of her album Joanne, in which we learn about the artist’s illness that plunges her into a complex daily life. Then, we face moments of bare in which the singer does not hide and lets escape her fits, anger and tears. In A Star Is Born, we find this passion and sincerity in her acting but also in her fabulous voice that lends itself very well to the songs of the film.

A demonstration about show business and celebrity’s drawbacks

Music industry is a ruthless world and it is well reflected in A Star Is Born, especially in the character of Jackson Maine. Throughout the film, we witness a descent into hell that plunges the fallen star into the depths of drugs and alcohol. These are well-known plagues of this world which unfortunately have plunged many artists and still today. We can also observe the ephemeral and volatility of celebrity that Jackson warns Ally about, who goes into the music industry and turns into a sexy pop star. Something that Jackson does not approve. The film also questions artists’ management and agents who only aspire to one thing : doing business. And this, despite the denaturation of artists by imposing universes, images or physic, in which the talents do not recognize themselves (Attention, I’m not saying that they’re all like that, but it happens much more than we think). And this is what happened to Lady Gaga in the beginning of her career as a singer when in particular she was asked by her management to do surgery on her nose, which was considered too “big”…

Two great actors, catchy songs, a beautiful love story, a little critic of today’s music world, Bradley Cooper seems to have understood everything with A Star Is Born. However, there is nothing very transcendent in the movie and it does not escape some clichés. Indeed, we all know well the story of the mentor who helps the youngest to rise and shine, and A Star Is Born does not bring any novelty, it is a pity. Some scenes are disappointing such as the Grammy Awards’ sequence in which an alcoholic Jackson humiliates Ally on stage while relieving himself on it. Although it does not surprise us, there may have been a more subtle way to do it.

A Star Is Born could be one of the main contestants for the Oscars: Best actress for Lady Gaga or Best Soundtrack, would be the most adequate. But who knows! In the end, Bradley Cooper’s first feature film is successful and does honor the original one from 1937. Bradley Cooper is very convincing, and Lady Gaga is dazzling. Despite the few flaws and small awkwardness mentioned earlier, this movie redores the musical genre without being cheesy.